THE HAGUE – After more than two decades, former Bosnian Serb military chief Ratko Mladic has been convicted of genocide and crimes against humanity for atrocities perpetrated during Bosnia’s 1992-1995 war.

The Hague’s court presiding judge, Alphons Orie, convicted Mladic, dubbed “The Butcher of Bosnia”, of 10 of the 11 charges of genocide and war crimes he was charged with, The Telegraph reported.

Mladic was found guilty of commanding forces responsible for crimes including the worst atrocities of the war – the deadly three-year siege of the Bosnian capital, Sarajevo, and the 1995 massacre of some 8,000 Muslim men and boys in the eastern enclave of Srebrenica. 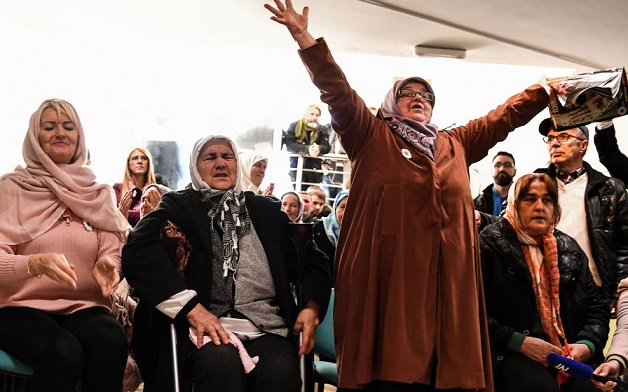 Mothers of Srebrenica’s victims clapped when the convictions were read out Credit: AFP 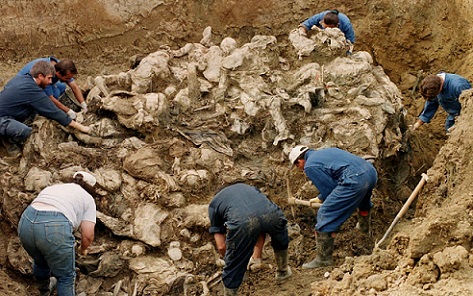 International War Crimes Tribunal investigators clearing away soil and debris from dozens of Srebrenica victims buried in a mass grave near the village of Pilica Credit: Staton Winter / AP

“Today’s verdict is a warning to the perpetrators of such crimes that they will not escape justice, no matter how powerful they may be nor how long it may take.”

Wednesday’s verdict has been long awaited by tens of thousands of victims’ families.

“Bosnia and Herzegovina: No impunity for war criminals!”, read one banner, while another had a picture of Mladic with a human skull saying: “Guilty of all!”

Bosnia fell into a civil war in 1992 that left 200,000 people dead and displaced millions as Serb forces launched an ethnic cleansing campaign against Bosnian Muslims.

In the final months of the three-year war, Serb forces, led by General Ratko Mladic, overran Srebrenica, killing some 8,000 Muslim men and boys.

For Muslim Bosniaks, Srebrenica has become a symbol of collective suffering and July burials of victims an annual ritual.

July 11, the start of the five-day massacre, was made a national day of mourning by Bosnia’s weak post-war central government comprised of Bosniaks, Serbs and Croats.