LONDON – Leading up to Ramadan, the BT Muslim Network has run a program on Muslim minorities breaking through the glass ceilings.

Their keynote speaker for the evening was Yasar Ahmad, Head of Global Strategic Hiring for Wipro, a company which generated over $8 billion revenue in 2017.

Speaking of the glass ceiling, Yasar began, “We live in a human-shaped world. Everything is designed around our experiences. So can your career growth. By focusing on building sponsors for yourself. By focusing on innovating. By going above and beyond.”

“I joined an organization where most of the team members had been there for 20 years. I was the youngest within the team and no one wanted to listen to my opinion. So finding a way to communicate effectively to the senior leadership was one of the biggest challenges that I had.

“I created a proof of concept for an idea, and it was focused around internal redeployment. A lot of organizations have problems with internally promoting people, how do you focus on reskilling individuals. So I wanted to pitch an internal headhunting team.

“So what I did was create the framework and reached out to a gentleman who was a senior vice president managing a $1 billion portfolio. I asked, hey would be interested in moving, this is the role.  I connected them together, and I got into a lot of trouble for it.

“Two weeks later I was called into HR and they showed me an email from the CEO. He said I want 20 more of these escalations (promotions). Because what you are doing here is you’re being disruptive, you’re thinking like a startup. That was my first moment where I thought, oh wow, I can take a risk. But because of the organization’s history, people were scared of change.” 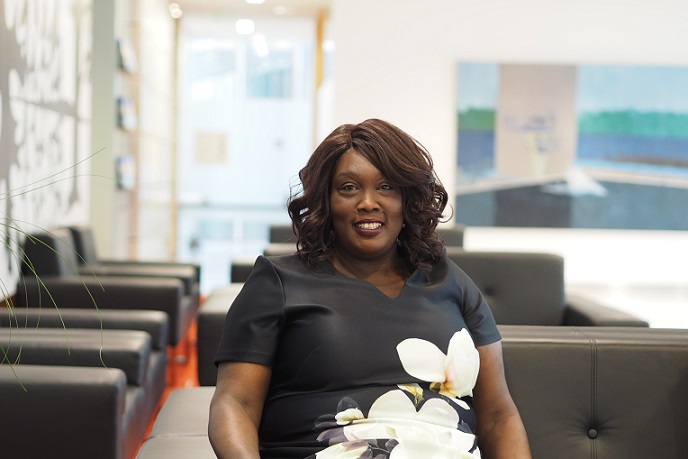 In parallel, on the same evening, a few moments away at the law firm Simmons & Simmons, Cherron Inko-Tariah MBE was delivering a talk on the support system provided by networks within organizations, to identify problem areas, both for communities of staff working within the group, but also for communities with regards to being recognized for their work, gaining promotion, and so on.

“Does everyone feel that the barriers to their participation, progression and promotion have been removed? The answer is no,” Cherron said.

“Anyone who feels that because of who I am, how I live my life, my accent or my faith; I have to face challenges and hurdles, just to travel the same distance as the majority of people. When that happens all the time it has an impact on people. You start trying to morph into something that you are not because you are trying to avoid these extra hurdles.

Cherron confirmed that emotional exclusion affects people of all ages, urging networks to eradicate it from organizations.

“Exclusion hurts. The part of the brain that registers emotional exclusion is the same as the part which registers physical hurt,” she said.

“If you want to really understand exclusion, ask a child that has just been told by other children that they cannot play in the sandpit. That’s exclusion. And that pain is very real for a five-year-old as it is for a thirty-five-year-old. That’s what networks are trying to help organizations eradicate.

“Be a voice. When I say voice I mean a credible authentic voice. Know what you are talking about. Back it up with evidence. Offer solutions. Don’t keep pointing out the problems. Think about how you can help the organization,” Cherron concluded.

Cherron’s efforts go some way to demonstrate, address, and improve the situation for minority groups. And Yasar’s own example showed that when initiative is taken and the organization is a response, the rewards can be great.