“Our goal is to confront any development of parallel societies in Austria,” Kurz told ORF radio, using a term he and the far-right Freedom Party (FPO), the coalition partner, favor to describe what they see as a threat posed by some Muslims to mainstream culture, Reuters reported.

“Girls wearing a headscarf in kindergarten or primary school is of course part of that.”

According to Kurz, the “child protection law” will be drawn up later this year, according to the education minister, and will be a “symbolic act” in protecting Austrian culture from some Islamic influences.

Speaking at a news conference with Vice Chancellor Heinz-Christian Strache of the FPO, Kurz said they believed there was a problem in schools though they produced no figures to support this.

“What I can tell you is that it is a growing phenomenon. A few decades ago we did not have this in Austria and now it occurs primarily in Islamic kindergartens but also here and there in public establishments of Vienna and other cities,” he said. 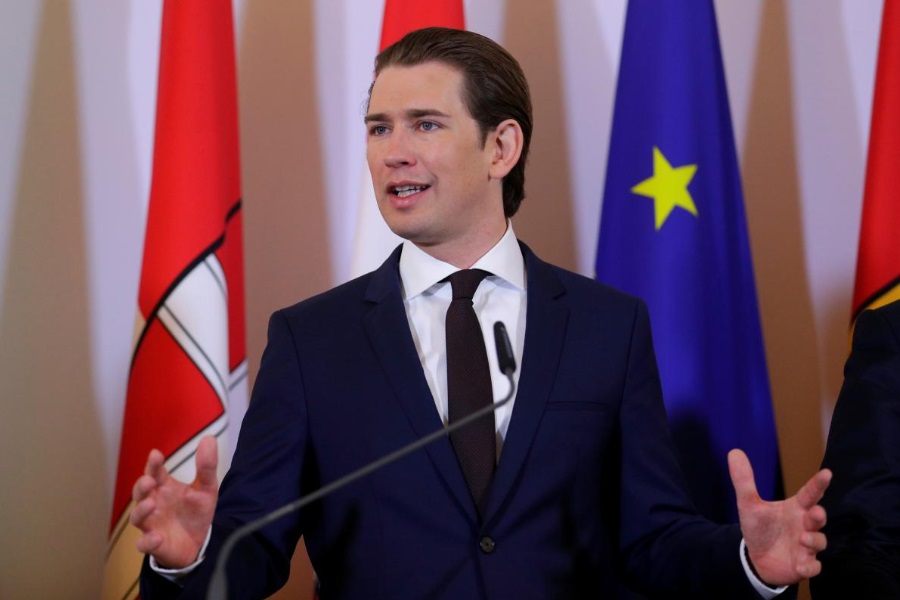 Kurz’s conservative party won last year’s election by taking a hard line on immigration, a topic that generated debates following Austria’s decision to accept asylum seekers, with the rate of almost 2% of its 8.7m population, during Europe’s migrant crisis.

According to critics, the announcement is only one in a string of moves that target Muslims, refugees, and migrants in Austria.

In December 2017, the FPO and the right-wing Austrian People’s Party (OVP) reached an agreement to form a coalition. It marked the second time since 2000 that the FPO became a junior partner in a governing coalition.

In January, the OVP-FPO coalition introduced a political program that mentioned Islam some 21 times, prompting criticism of an undue focus on the comparably low number of Muslims living in the country.

That same month, Austria’s interior minister, Herbert Kickl of the FPO, said the government should “concentrate” refugees and migrants in one place, sparking widespread criticism in a country where a concentration camp was hosted during the Second World War.

In October 2017, just weeks before Austrians voted in national elections, the government introduced a ban on the face veil. The law allows authorities to fine violators up to $180.