SYDNEY – A gathering of the finest of Australia’s Muslims community witnessed a celebration of remarkable accomplishments and success at the Australian Muslim Achievement Awards (AMAA) 2017 held in Sydney, New South Wales, on Sunday.

“I love doing what I do. I feel I’ve been put on this Earth for a purpose. I feel like it’s a duty like I have to help,” Rima Waizani told ABC on Sunday.

Waizani won on Sunday the Volunteer of the Year at the Australian Muslim Achievement Awards, which recognizes dedicated individuals and organizations who have excelled in various areas of Australian society.

The award came in recognition of her work over the past two-and-a-half years with CC Community Kitchen. During this period, she helped hundreds of asylum seekers, refugees, domestic violence victims and people doing it tough, by providing food, clothing, and furniture. 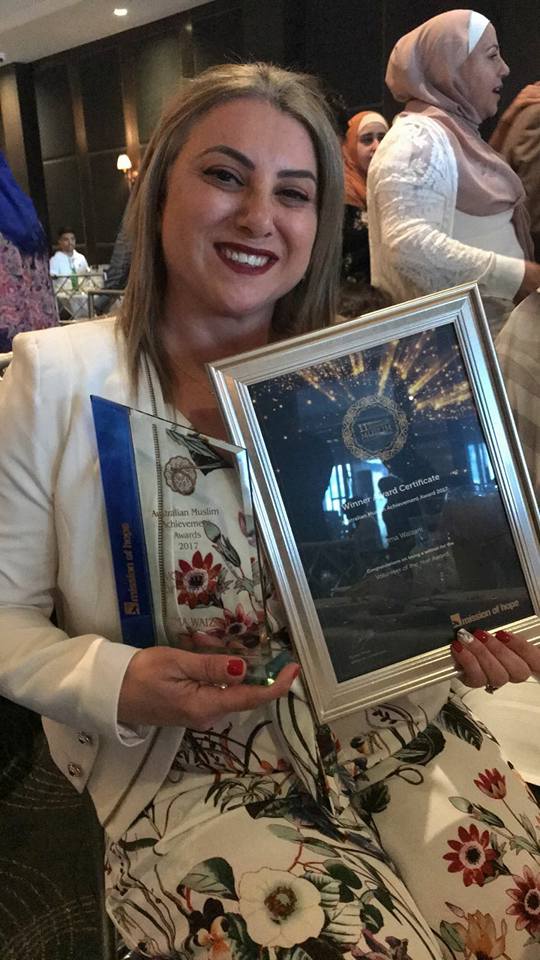 “The community needs to help each other,” Waizani said.

“Our organization helps anyone in need. We don’t differ any nationalities, color, race, religion. We’ve helped people from every kind of background and religion. If you need help, we help.”

The award was announced at the 11th Annual Australian Muslim Achievement Awards (AMAA) in which 16 Muslim individuals and organizations were honored for their efforts to serve the society.

The award was named after the people of Abyssinia who provided shelter from prosecution to the first Muslims over 1400 years ago.