SYDNEY – An elegant former hijabi stylist and beauty therapist has been breaking stereotypes recently, rising to fame for her successful hunting journeys to the bush.

“Before I shoot I say a blessing, thanking God for the food,” Kadeja Assaad told Daily Mail Australia.

The single mother-of-four repeats the prayer after shooting the hunt.

“I thank God and thank the animal for giving its life away to provide for us,” she said.

“I just sit and hold the animal and I stroke it.

“It’s an indescribable feeling you get afterwards. Not happiness, but gratitude.”

Kadeja learnt about hunting from watching her Lebanese-Australian father shooting birds as a child.

For her, hunting is about conservation and eating local meat.

The group show off their rifles on a relative’s farm and hunting property.Source:news.com.au

“It’s just beautiful, even cutting it up, you can see how fresh it is and the smell of it is different, the texture, the look of it … when you cook it afterwards, you find the flavors you put into the dish show up more.

“It’s also keeping numbers at a certain level with animals, you don’t want an overpopulated type of species where it’s going to ruin everything for other animals as well … when it’s an introduced species its actually going to cause more damage to the native species.” 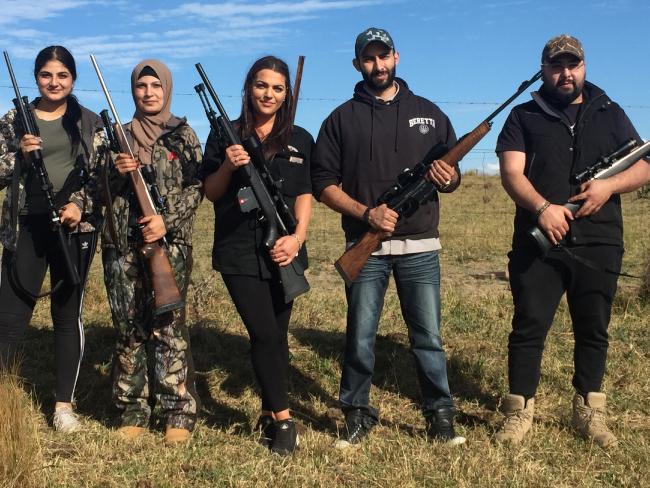 The group show off their rifles on a relative’s farm and hunting property.Source:news.com.au

Assaad said hunting was her passion, and she saw the animals as a ‘blessing’.

She also revealed she appreciated the animals’ beauty and sometimes sat and watched deer rather than hunting them.

“Sometimes when I’m bored I drive out there and just watch them. They’re glorious creatures,” she said.

The teetotal, single mother is now a card-carrying member of the Sporting Shooters’ Association of Australia (SSAA), travels to interstate hunting exhibitions and hangs out with keen trophy hunters and taxidermists.

“I respect them so much,” she said. “They’ve made sure when they go there that the meat is distributed to the community and nothing goes to waste. I respect hunters that do the right thing.” 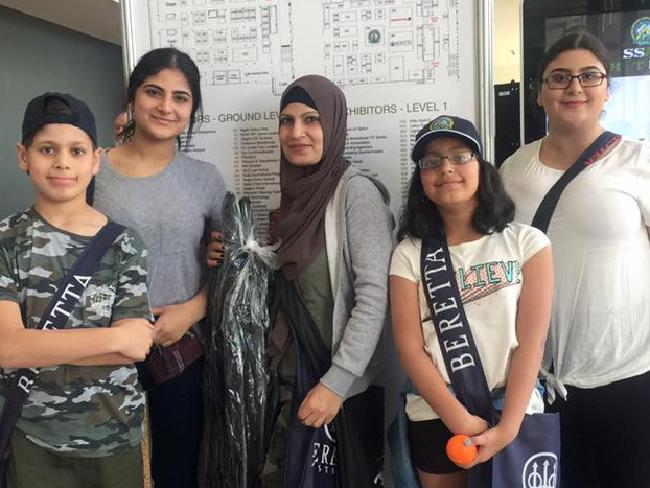 Kadeja has taught her children about firearm safety and the oldest three are learning to hunt. From left, Khaled, 11, Sabrina, 15, Mariam, 9, and Noura, 17.Source: Supplied

“I kill with one shot to the head or heart, an instant kill. If it’s a doe and I can tell she’s pregnant I don’t shoot no matter what,” she said.

“One shot, one drop — to the head, to the heart and that’s an instant kill. If they’re young or breeders, I avoid them.”

“From the beginning of time, humans were hunting. This is part of our survival skills.”