With the whole world getting ready for this year world cup tournament in Russia, AboutIslam would be providing you with regular updates on the Muslim countries participating in the world soccer gala.

BAKOVKA – In preparation for World Cup, Iran forward Reza Ghoochannejhad has confirmed that Ramadan is not affecting the team’s training for the tournament.

“Ramadan does not really affect training. Football is a sport that requires a special approach due to a lot of physical activity, so we have had a bit of a break,” Ghoochannejhad told journalists, Fourfourtwo.com reported.

“We have three important matches ahead, including a key game against Morocco, which will be almost a final for us. So we are now focused only on training for [these] three group stage matches.”

Arriving earlier this week, one of the first teams to arrive Russia, Iran held their first training session on Wednesday at their base camp in Bakovka, just outside Moscow, ahead of this summer’s tournament.

Iran has been drawn in Group B along with 2010 World Cup winners Spain, reigning European champions Portugal and Morocco.

“Morocco are one of the best African teams and a very strong opponent. It’s going to be difficult with them, but we are going to show our best qualities. We are in a very strong group, but we will not give up,” the 30-year-old player said.

They will play Lithuania in their final pre-World Cup friendly in Moscow on Friday. 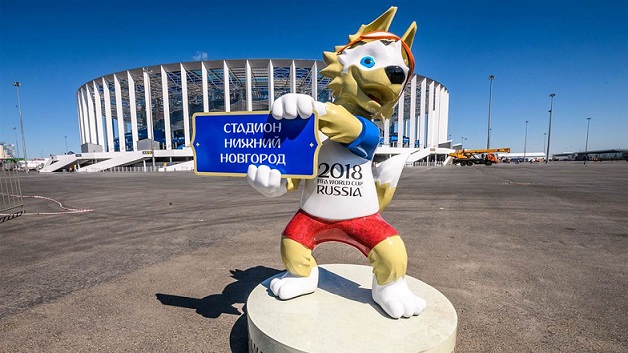 The 2018 FIFA World Cup kicks off on June 14 with 32 national teams participating. Out of them are seven Muslim countriesnamely, Nigeria, Egypt, Morocco, Tunisia, Senegal, Iran, and Saudi Arabia.

What’s new about the coming world cup is that six Muslim cities will take part in hosting some matches and will serve as camps for some squads.

That’s in addition to Yuğarı Oslan town in Tatarstan, and Circassia’s towns of Sinda Anapa and Gelendzhik. Also, Sölƶa Ġala Grozny the capital of the Muslim republic of Chechnya will be the hub for the Egyptian national team.