The Rangamati Mosque is considered to be the oldest mosque in the Indian state of Assam.
aaa

DISPUR – The Indian Supreme Court has set July 30 this year as the deadline for the east Indian state of Assam to “update its National Register of Citizens (NRC) and verify its citizenship documents”, in a process which leaves more than ten million Muslims in fear of a Rohingya-similar genocidal fate.

According to Aljazeera, the first draft of Assam’s NRC was released last December. This initial draft left out about 13 million people, as part of a governmental campaign to “identify undocumented immigrants”.

Officials in Assam have reiterated their commitment to “ensure that the final NRC will be accurate.” However, there is an enormous uncertainty about the fate of those whose names won’t be on it.

In effect, they would be legally declared non-citizens — even stateless — and their numbers are likely to be in millions.

Ready for the outcome of the NRC updating, Assam built six detention camps for housing unauthorised non-citizens inside jail premises in Goalpara, Kokrajhar, Silchar, Dibrugarh, Jorhat and Tezpur. And according to Indian Express, there are official plans for more camps.

India also created the ‘Foreigners Tribunal’ special courts where a total of 245,057 cases are pending their citizenship status, while 90,206 people have been already declared foreigners.

Map of Bangladesh and Assam

Rejaul Karim Sarkar, the president of All Assam Minority Students Union (AAMSU), explained: “Though all the communities have to fill up the form for the NRC updating, the verification process has particularly been made very tough for Bengali Muslims and Hindus.”

“Muslim citizens heard many stories of people losing their citizenship or sent to detention centres after marked as ‘Doubtful’ or ‘D’ voters,” he continued.

The concept of ‘D’ voters was introduced in 1997 by the election commission of India. Those marked as ‘D’ lose their citizenship rights and are barred from exercising their voting rights until cleared by the Foreigners Tribunal courts.

Along with the domicile certificates, applicants have to also prove that their families lived in Assam prior to March 24, 1971 – the cut-off date to be eligible for Indian citizenship.

Leaders of the ruling Bharatiya Janata Party have publicly called Muslims “Bengali infiltrators who should be sent back”, while defending the granting of citizenship to Hindu Bengalis on the claims that they face persecution in Bangladesh.

In response from Muslims to the thrilling results of NRC, a rapidly growing number of over a half million people are signing a petition to alert the UN about the genocidal fate which might be facing Assam Muslims.

The relation between Bengali Muslims and Hindus with the other ethnicities in Assam predates the Indian independence in 1947, and it has dominated the politics of this state which borders the populous Muslim country of Bangladesh.

In 1837, the British colonial rule imposed Bengali as the official language of Assam, a step that was vehemently opposed. 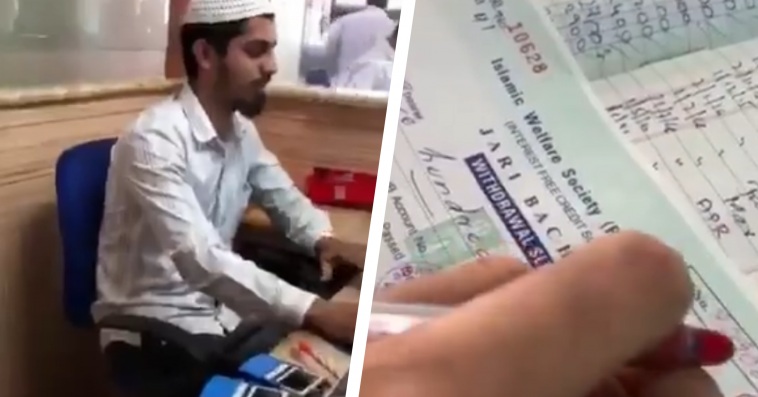 Indian Mosque Offers Interest-Free Loans to People of All Faiths

The arrival of tens of thousands of Bengali refugees – both Muslims and Hindus – in Assam during the 1971 Bangladesh liberation war brought the issue into national focus.

As part of the xenophobic rhetoric during the late 1970s and early 1980s, more than 2,000 Bengali Muslims were massacred at the height of the mass anti-foreigner agitation called the ‘Assam Movement’.

More recently, at least 77 people died and 400,000 people were displaced in the 2012 Assam Mobs which occurred between indigenous Bodo people and Bengali Muslims.

Out of 32 districts of Assam, nine are Muslim majority according to the 2011 Census of India. Moreover, the same report found that Islam is Assam’s fastest growing religion.

Currently, over ten million Muslims form more than 34.22% of the total population of Assam which counts about 32 million people.

According to the results of the ‘People of India project’, Assam is divided between 115 ethnic groups. One of the most populous of these ethnicities is Bengalis whom India fear.