ACCRA – A Ghanaian minister has asked mosques to stop daily call to prayer, or Adhan, and replace it with WhatsApp messages, sparking anger and criticism from the country Muslim population.

“I don’t find anything wrong with Muslims waking up at dawn and using the megaphone to call their people to come worship their god, because we have Christian churches who use megaphones as well, and they also preach at dawn,” said Nora Nsiah, a Muslim resident in Accra, as reported Deutsche Welle.

The suggestion was made by Ghana environment minister Kwabena Frimpong-Boateng as part of plans to cut noise pollution.

He urged mosques to use mobile text or WhatsApp messages to call the Muslim community to prayer.

“Why is it that time for prayer cannot be transmitted with text message or WhatsApp? So the imam would send WhatsApp messages to everybody,” the environment minister told DW.

“I think that will help to reduce the noise. This may be controversial but it’s something that we can think about,” he told DW. 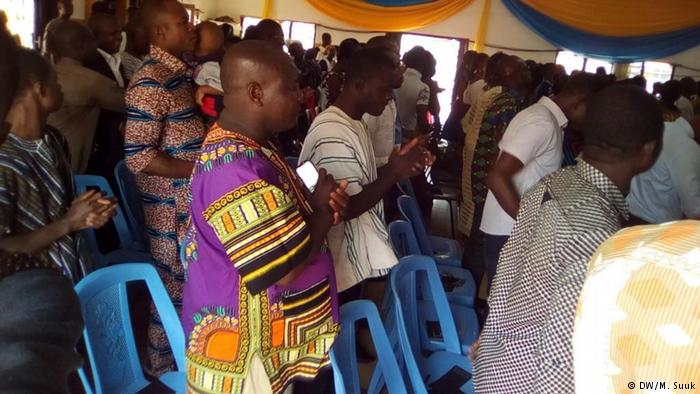 Ghana’s churches have also been singled out as contributors to noise pollution, a growing concern in urban Africa

For many Muslims living in the capital, the idea of a mobile call to prayer is more difficult to embrace.

“The imam is not paid monthly. Where would he get the money to be doing that? We try to practice what is possible. So the text message or any other message is not a problem. But I don’t think it is necessary,” Ahmed said.

The Adhan is the call to announce that it is time for a particular obligatory Salah (ritual prayer).

The Adhan is called five times a day.

Last month, the Rwandan government banned mosques from using loudspeakers during the adhan, or call to prayer, in the capital city Kigali.