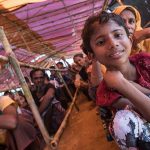 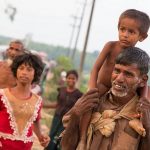 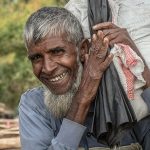 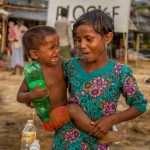 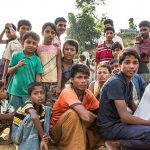 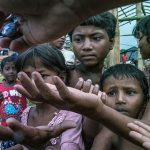 The photographer visited a refugee camp where he took those appealing shots. He describes the situation there as un bearable with no access to clean water, food or shelter.

Despite their suffering, you’ll see a sincere smile on their faces, which says a lot about their kind hearts.

Since late August more than a quarter of a million Rohingya Muslims have flooded into Bangladesh in just two weeks with the emergency situation in Rakhine State worsening after reports of violent clashes that have resulted in over 1,000 Rohingya Muslims butchered, raped and killed.

The UN Refugee Agency has estimated over 290,000 people have fled for refuge to neighboring Bangladesh out of which 80% of refugees are women and children.

The Rohingya Muslims are a stateless minority group in Myanmar Burma who have been subjected to systematic persecution and grave human rights abuses by authorities for decades. The ongoing conflict has created an unprecedented humanitarian crisis with over half a million families in desperate need of shelter, food, and water.