As we approach springtime, I am reminded of an event, which helped me develop an action plan and response to American holy holidays.

When my daughter was just in kindergarten, she came home from school on an early release Friday, with a basket of chocolate eggs, bunnies and brightly colored pink, baby blue and yellow sweets.  She happily announced that it was the birthday of a girl in her class and they all were given the wonderful basket of goodies.  As I examined the candy, she continued that she really didn’t know the girl, but that her name was ‘Easter’.

I was completely blindsided, forgetting this holiday was even near.  (After all, I had just survived both saint days – Valentine and Patrick).  But this issue of being faced with American holidays that are based in religious tradition is something that Muslim parents face all of the time.

The big problem is that American children are indoctrinated that all American holidays are wonderful and not participating in them fully as a child makes one un-American and deprived of the cultural experience and celebrations that are uniquely American.  In short, a child that does not celebrate is left out and often cast out by friends, neighbors and even teachers.

I have friends in different regions of the U.S. and we all face the same dilemma.  Interestingly, those of us living in the south face more blatant intermingling of religion in holidays than those in the west and north, but the issue is the same.

One friend, from the Indian subcontinent now residing in the Midwest said she just gave in to the holidays as there are too many to keep up with and just keeps her response low key.

Interestingly, all four of us parents recognize that although these strategies give us adults some emotional clarity, the psyche of our children is not as easily soothed.

In addition, in America’s climate of political correctness many schools and churches that try to slyly celebrate the holy holidays all try to use ‘secular’ images so they can claim that what they offer is not religious.

Instead of a nativity scene, they have a Mickey Mouse and Santa for Christmas.  Instead of a cross draped in purple, they have colored eggs and chocolate rabbits for Easter.  However, using secular imagery does not take away that these trappings are associated with the religious holiday of Easter – a uniquely and distinctive Christian celebration (if not the crux of what makes one a Christian).

Muslim parents may feel overwhelmed.  As parents, we seek to develop our children to be both spiritually and morally conscious and regardful to pleasing Allah, The Most High.  God-consciousness nurtures their sense of self confidence, self worth and self esteem and gives a direction and purpose to their lives as human beings.  Living in any culture with minority or even predominate Muslim populations cannot infringe on that duty we have as parents seeking to raise a believing Muslim child.

After being blindsided the year my daughter was in kindergarten, I knew that I had to have a response.  For many parents the first response is always to call the school and engage in a futile discussion with the teacher or maybe even an administrator who will claim fervently that what happened was not religious and in some instances apologize for the misunderstanding and maybe even give the parent an ‘opt out’ option ‘the next time’.

Opt outs can be particularly humiliating for Muslim children as they are publicly pulled from the classroom and sent to the library while their classmates engage in festivities that they often can hear.  This is really a form of child abuse as no child wants to be left out and our children come home feeling sad that they were isolated and often guilty that they wanted to participate in the fun.  All this lowers their self esteem and even impacts their desirability of being a Muslim.

Being proactive rather than reactive

I found all of that a completely intolerable situation so I developed my own survival kit for the holidays.  I knew that the key was to be proactive rather than reactive.

First, as I writer I knew I had to convince myself, other Muslims and most importantly the general public that I was not going to acknowledge the socio-psycho babble of political correctness that the catch phrase ‘not religious’ or ‘secular’ somehow or other delineates all connection to Christianity. 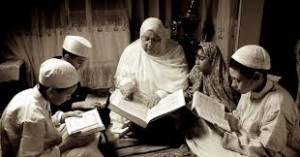 America is a Judeo-Christian nation and the celebration and observance of holidays both socio-political and religious is sanctioned by the federal government.  The same national government that claims a practice of separation of church and state, closes its door on the holiday observing the birth of the Christian savior.

So it’s a ‘given’ that these holidays are deeply ingrained in the cultural psyche of a people and therefore not easily changed.  Indeed, most Americans believe they have successfully removed religious influences from the school while Muslims and others are frustrated by the constant bombardment.

The key was to educate the educators.  First, I educated myself and other parents about the difference between socio-political and cultural holidays versus religious ones.

Thanksgiving in both socio-political and religious in that it is associated with the colonists at Plymouth as well as part of Separatists who came over on the Mayflower and Puritans who both observed fasting days and days of feasting and celebration to thank God in times of plenty as part of European harvest time which has its roots in ancient Greece and Rome.

Knowledge is the key 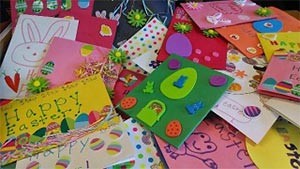 concerns with others.  Muslims are not the only ones in America’s public school systems who have problems with the intermingling of religious holidays in public instruction.  Therefore, joining PTA’s and interacting with others who have similar concerns is always a good strategy for strengthening your case.

Next, using the media to discuss the holidays in a public domain and encouraging faith groups through interfaith dialogue to proudly embrace the religiousness of these holidays helped educate the general public on both the issue and concern.  Faith groups became an ally to protect the integrity of these holy holidays and often stood against the deception of secularism which helped legitimize Muslim claims of discrimination.

Letters of explanation to the school Superintendent were very effective and a strategy that I used.   A well thought out letter explaining the concerns of the schools’ support of religious holidays through secular means and the inherent discrimination to non-Christian students can help administrators understand the issue.  Letters can also suggest sensitivity training for school staff to bring awareness and in some instances change.

For lasting and significant impact, it was important to get involved with the political processes of the school system and use Muslim organizations and civil rights group to help make the case.  Some Muslim organizations can even help with sensitivity trainings and civil rights groups often have legal precedence to back up requests from parents for schools to develop sensitive responses to these issues that take into account the needs and concerns of both sides on this issue.

Finally, as parents we have to be proactive with our children.  It is important to protect their psyche and halt feelings of ‘otherness’ when these holy holidays come up.  For me, I taught my children to distinguish between religious and socio-political holidays and reminded them that America is a Christian nation with citizens of many faiths.

Teaching my children to respect these holidays and educating the school, community, civic and faith groups in advance that secularizing a religious holiday does not absolve it from a religious connection, is a good strategy that helped and continues to help our family during the Christian holiday season.