Middle and High School aged Muslim students were more likely to struggle with these issues than Elementary aged students.
aaa

This analytic study is an individual work conducted by the writer, who is a teacher herself. She surveyed many students of several age groups and used the results as a basis for her arguments. In the next part, she will bring voices of Muslim teachers in the US public school system.

The experience of being a Muslim student in America’s public school system is unique to each young person. These personal challenges are a natural part of growing up and build character. Indeed in the Noble Quran Allah tells the faithful:

And then eases the mind that this tension in life is normal, a test for the human being and reprieve truly comes in the Holy Qur’an:

Elementary age students seem to be distressed about school lunch menus. If a parent does not prepare and send a lunch with the student they are faced with the question of what is halal and what is not. Many pork products are hidden in the ingredients.

Cafeteria workers may understand obvious meat products, but may not realize pastry fried in lard, or a marshmallow made from gelatin with an animal base, are not consumable for Muslim students.

Happily, many larger school districts now give detailed menu descriptions so parents and students may make informed decisions about what is available and will be served at lunch. This has been a benefit for students of the general population with allergies and dietary restrictions due to health. San Antonio, Texas school districts for example, have coded menus with specific information about the ingredients.

Their GVP system is easy to understand; G means made with healthy whole grains; V=vegetarian – meatless, but may contain milk or egg and P means this meal contains pork.

Elementary aged Muslim students are also the most anxious about holidays and celebrations. This includes Muslim celebrations and those sanctioned and observed in their particular school districts. Younger students entering the public school system may not know what to expect even if they have family members of other faiths.

It is a fact that most public school districts ‘mask’ traditional American holidays with roots in Christian theology with ‘secular’ terms. For instance, Halloween is renamed ‘harvest’; Christmas observances are labeled ‘winter’ and Easter programs are often termed ‘spring’. Muslim students tend not to be drawn into the ‘political’ correctness of these terms and acknowledge changing the name does not change the focus or even purpose.

Muslim students seem to have a range of feelings about holidays. One young child expressed sadness because the school had isolated him by sending him to the library during the class holiday ‘party’. Another was angry that the school marked him absent on Eid day. While some students confessed they feel guilty that they desire to celebrate the holiday, others admit that they celebrate both Muslim and non-Muslim holidays.

Some students shared that they feel nervous and self-conscious when they have to explain or observe Muslim holidays. Older students expressed frustration, especially with gym teachers who don’t know how or won’t accommodate for them during Ramadan.

However, the presence of students who do not observe Christian holidays has really made school systems examine the reality behind claims of separation of church and state and helped to produce a more inclusive environment sensitive to the diversity of its student body.

All the Muslim students shared their concerns and feelings of acceptance. In general, these concerns can be broken down into three main areas – dress, names and identity. Middle and High School aged Muslim students are more likely to struggle with these issues than Elementary aged students. For girls, observing religious mandated modesty can be stressful, especially as she transitions into puberty and now must explain her ‘new’ look. 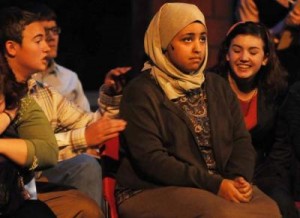 or girls, observing religious mandated modesty can be stressful, especially as she transitions into puberty and now must explain her ‘new’ look.

Wearing hijab is complicated by school district rules against hair covering, which are usually associated with gang activity. Girls also face challenges in gym class which may require they wear shorts or remove their scarves.

Some students assert that Muslim girls with immigrant parents are more likely than American-born Muslims to experience bullying when they cover their hair. Teenage Muslim girls confessed they have feelings ranging from longing, resentment, anger to guilt about Pop culture outfits their peers wear and their own desire to wear the same.

However, since most school districts allow for a range of clothing that a student may wear to school and still be rule compliant, Muslim students, especially girls are free to express their individuality and religiously mandated attire without ‘sticking’ out any more than others.

Both boys and girls grapple with their names. Some students admit they deliberately use a nick name or Anglicize their name. There is a fear if a student has a name similar to America’s despised criminals like ‘Osama’ or ‘Saddam’.

Boys overwhelming acknowledge that names more than anything else lead to bullying and fights between them and their peers. One young student expressed resentment that simple names common to Muslims had been vilified.

In spite of these difficulties, American names have roots in so many different cultures that Muslim names offer an opportunity to expand the worldview of American students in general.

Identity is listed as the number one struggle for adolescents. Students have to deal with the negative stereotypes and ‘phobia’ against Muslims fueled by media reports of atrocities in countries with large Muslim populations and opinion media from conservative news outlets.

Some teenage Muslim students shared reports of class political discussions that were fraught with misinformation and hostility that made them uncomfortable, frightened or angry.

However, these issues come second to student’s concern over peer pressure. Muslim boys reported that they are seen as weak or potentially gay if they don’t have a girlfriend or openly pursue a relationship. Both boys and girls shared that they are automatically termed a ‘nerd’ and thus socially isolated because they don’t date, drink, smoke, ‘rage’ or experiment with drugs.

A few Elementary school students claimed that they didn’t like that their ‘face’ is different from the other children, a claim made by all ethnic minority students.

Some of the Muslim students shared that they do some things just to fit in, thus compromising their cultural or religious identity. Some girls were angry that if they didn’t wear hijab their school peers often saw them as less ‘Muslim’ than girls who did. Others expressed embarrassment when other Muslim students attending the same school were unruly or disruptive in class or had unIslamic behavior.

As one high school senior expressed “If you’re in public school, truly whatever you do, represents all Muslims! So you can’t go around acting crazy.”

This same student shared that being a Muslim student gets respect from teachers who appreciate your self-restraint and “as you continue in school other students also respect you because you have standards.”

Some students appreciated going to public school listing freedom of expression, opportunities for interesting classes and nice teachers as the reason.

Most importantly, many older students eventually recognize that school offers an opportunity for Da’wah and learning, through trial and error, of how to ‘maintain’ your own identity in a diverse environment. As one student stated “Public school really prepares you for how to deal with the world.” 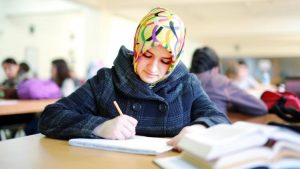 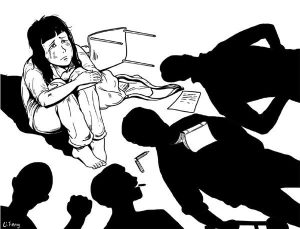 Daydreams & Anxiety because of Bullying 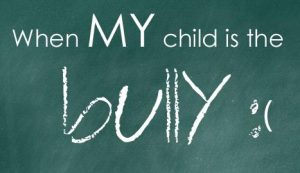 My Child Is A Bully, How to Deal with That?