It should be a non-issue, right? Newly-elected U.S. Congresswoman Ilhan Omar from Minnesota’s fifth district wears a hijab. But, a 181 year-old ban on hats in in the U.S. House of Representatives impedes on her right to do so.

So, why does the House have this ban? Why was such a seemingly silly ban enacted in the first place, and how has it lasted so long? You need to understand this first to know why Omar has to get the ban lifted (or at least amended).

Hats were commonplace in the House from its inception, with Congressmen (because of course they all were men back then) and visitors all wearing them. According to this Minneapolis Star Tribune article, wearing hats was a symbol of patriotism as well as part of stubborn behavior on the part of members of Congress:

“The hat debate raged for more than a decade. Critics bitterly complained that the thicket of hats on the House floor was uncouth, and worse, muffled the acoustics and made it hard to hear debates. …

During one of the many hat debates, Rep. John Patton of Virginia argued that the “apparently indecorous practice of wearing our hats” was, in fact, a proud symbol of a Congress free from White House meddling.”

Eventually though, in the 20th session of Congress in 1837, hats were banned. Now, Omar is arguing that wearing a hijab is a decision that should be hers and hers alone, not dictated by outdated Congressional rules. And, it seems rather obvious. What reason could there be to ban any type of headcovering, be it a headscarf, a kippah or anything, especially in a country where the freedom of religion remains an enshrined principle and constitutional amendment? 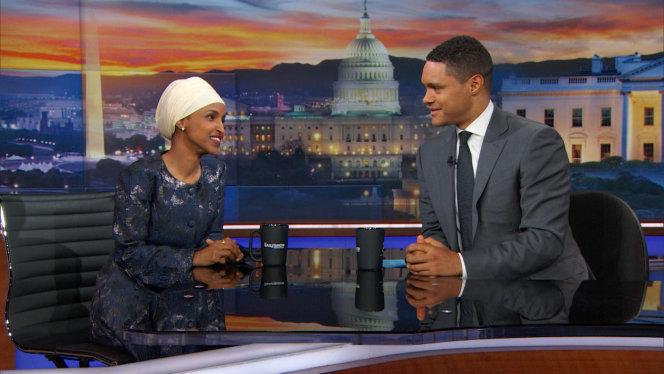 Will this be changed?

Said Omar recently on social media, “This is not the last ban I’m going to work to lift,” adding that she would work to either end the rule or amend it to allow for religious headgear.

It was a rallying cry heard loud and clear in Muslim circles and beyond, but one I find almost a bit unnecessary — as in why does this even need to be a thing? Men can wear suits, women can wear pants, beards are grown, crosses are probably worn on necklaces. Why is the focus, once again, on what a woman wants to wear instead of what she is saying or how she is voting?

Conservative media site American Thinker tapped into what was pretty much the only argument being floated about – the separation of church and state.

“Note over time, Congress has had a variety of ethnic and religious members: Hindu, Buddhist, Mormon, Syrian Antiochan, Greek Orthodox and Quaker, in addition to Jewish and various sects of Christianity. In addition, there have been two Muslim representatives prior to Omar. None of the groups mentioned above was [sic] hard pressed to press the House leadership to okay head coverings during any of their terms of service.”

The problem with that, though, is that the two Muslim representatives in question were both men who obviously did not wear headscarves. And, while the hijab is a public visual expression of our faith, the freedom to practice religion doesn’t impede upon the state if it is kept private to oneself. Isn’t that what Omar is doing with her hijab? A private practice of religion between her and God? More power to her!

This article was originally published on Hautehijab.com