In the ongoing, never-ending debate about moon sighting versus calculations to determine the start (and end) of Ramadan (and other Islamic months and holidays), Irfan Rydhan argues for the motion to support moonsighting: “Muslims Should Adopt Moon sighting to Establish Ramadan.” Please read to the end, where you will find a link for the rebuttal (in support of scientific calculations).

Why? Simply Because the Qur’an and Hadith tell us to.  But at the same time there is a great spiritual benefit in looking for the Hilal (new crescent moon) with our eyes, which will be lost if we are to forgo this sacred tradition for the sake of convenience and so called “unity”!

Let’s begin by looking at what the Holy Qur’an says:

“The month of Ramadan is the one in which the Qur’an was revealed as a guidance for humanity and clarifications of that guidance and a standard. So whoever witnesses (shahida) the month among you, let him fast” (2:185).

Many Islamic scholars state that in the above verse the word “Month” here actually refers to the crescent moon of the month and was called “the month” (al-shahr) due to everyone knowing of its arrival.[1]

The Prophet Muhammad (Peace Be upon Him), clarified this further in the following Hadith:

There are many narrations of this same Hadith, which very clearly states that we Muslims should go out to witness (see with our own eyes) the Hilal (visible crescent moon) to start the Islamic months – in this case the month of fasting: Ramadan.

Since the Lunar months are either 29 or 30 days, we are only allowed to “calculate” if on the 29th day of the previous month (in this example the month of Shaba an), we cannot see the Hilal due to an overcast and cloudy sky which blocks our view.

Some people may ask, “We all know the new moon is there, and we now know (with current technology) when exactly the new moon will be “born”, etc. so why can’t we just calculate the whole Islamic calendar in advance?”

First, some definitions are needed:

Hilal, an Arabic term, refers to the bright waxing crescent when it becomes visible to a normal observer by naked-eye.[2]

The “New Moon” is a modern astronomical term. It refers to the completely invisible moon at the start of a synodic cycle (29 days 12 hours, 42 minutes and 2.8 seconds).[3]

This “new moon” occurs when the Moon, in its monthly orbital motion around Earth, lies between Earth and theSun, and is therefore in conjunction with the Sun as seen from Earth. At this time, the dark (unilluminated) portion of the Moon faces almost directly toward Earth, so that the Moon is not visible to the naked eye.[4]

Often Muslim and non-Muslim experts alike confuse astronomical “New Moon” for “Hilal”. During the time of the Prophet Muhammad (S), the Arabic language had only “Qamar” (Moon), and Hilal (Visible crescent moon) terms. It had no word for the astronomical New Moon.  Thus, both the Qur’an and Sunnah instruct Muslims to start the lunar months after visually seeing the new crescent moon (hilal) with their naked eyes.  No fancy telescopes, binoculars or other equipment are needed. 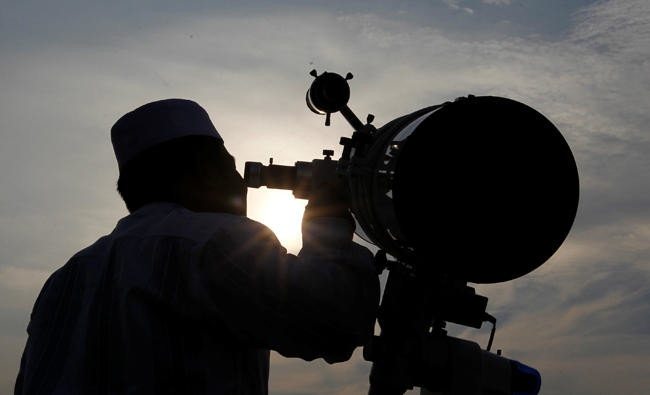 Now, let’s put aside these verses of the Holy Qur’an and Hadith for a moment, and look at it this question from a more universal view.

Human beings have 3 components: Physical, Intellectual and Spiritual.  Most of us take care of the first two fairly well.  We eat, exercise, study and excel in our school and careers.  But unfortunately many of us, including myself, are lacking in our spiritual development.

All human beings whether they consider themselves “religious” or not, need some type of spiritual nourishment in their lives.  Many people around the world, especially those people living in the “West”, with all the emphasis on science, technology and busy career oriented lives, are looking toward Eastern cultures which are more focused on family and spirituality.  Many Westerners are employing many Eastern techniques such as Yoga, meditation, etc. to fill that spiritual void in their lives.

Muslims are no different.  Although we have many rituals in our religion of Islam, which can help us to develop our spirituality, such as five daily prayers, fasting in the month of Ramadan, going on the pilgrimage to Mecca, etc.  We still find ourselves sometimes feeling empty or missing something.

This is where the physical action of moon sighting prescribed by our religion can help us bridge that gap.  When we go out to look for the Hilal with our own eyes, we are not only fulfilling a great Sunnah of the Prophet Muhammad (S), but we are also connecting with nature and the creations of Allah.

There is a great feeling of astonishment, wonder and excitement when one spots the newly born crescent moon in the sky.  We become in awe of what Allah has created.  It is like the birth of a child – where we are witnessing creation happening right in front of our very eyes! Our Iman (faith) in Allah increases greatly and this is definitely one of the reasons why we were instructed by the Prophet Muhammad (S) to go out and see it for ourselves!Some people still argue the point of Unity of Muslims (either across North America or even globally) is lost by not using a calculated calendar to determine the start of the Islamic months.

Unfortunately, ISNA (Islamic Society of North America), in the false name of Unity, has set a new criteria of starting Islamic months using the calculated date of when the new moon will be astronomically born (not visually sighted) in Mecca, Saudi Arabia.  If the Prophet Muhammad (S), wanted us to be united in this way, he would have instructed us to follow whatever time that Mecca started the Islamic months, but he did not do this.

This basically ignores the Qur’an and Sunnah requirements of visual sighting and tries to make a living Islamic calendar which is based on the celestial lunar movements into an averaged and incorrectly calculated system for mere convenience of when people can plan to take off a day from school or work!  There is no reason why Muslims need to celebrate Eid on the same exact day everywhere in the world! 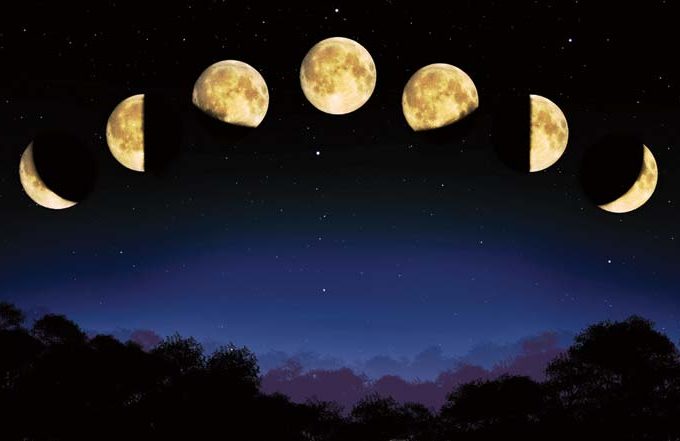 The Prophet Muhammad (S) emphasized the importance of Muslims to go out and look for the Hilal themselves.  Many scholars even emphasized that their own local sighting is preferred.  Such with the following narration:

Kurayb reported that Umm al-Fadhl Bint Al-rith sent him on a mission to Mu`awiyah (Radiya ‘Llahu `anhu) in Damascus. He accomplished his mission and was still in ash-Sham when Ramadan started. He saw the new moon on Friday evening. He then returned to al-Madinah, arriving therein near the end of the month.

He met Ibn `Abbas who asked him when the new moon of Ramadan was sighted in ash-Sham. Kurayb said, we saw it on the night of Friday. Ibn Abbas inquired, Did you see it yourself? Kurayb replied, Yes I saw it; and People did too. Based on that, they fasted and Mu`awiyah fasted as well. Whereupon Ibn Abbas said, But we saw it on the night of Saturday; and we shall continue to fast until we complete thirty days or see it [the new moon of Shawwal]. Kurayb asked, Wouldn’t you accept Mu`awiyah’s sighting and fasting. Ibn Abbas answered: No! This is how Allah’s Messenger commanded us. [Narrated by Muslim]

In our modern world with digital clocks, calendars, daylight savings time, etc. we forget that these are all man-made systems to help us organize our busy day to day lives, but in reality a real day is not 24 hours, but 23 hours and 56 minutes.  We are programmed to eat, sleep and work at certain times every day.

But our religious and spiritual lives cannot be forced into a set man-made calendar.  We cannot control everything.  Just like we cannot control when we are born or when we die.  And that is the whole point of going out and looking for the new crescent moon.

We do not know for sure if we will be able to see it.  Even if it is expected that it will not be seen, due to atmospheric conditions, we could see it. Same as if we are anticipating it to be seen, but for some reason we cannot see it.  It is all in Allah’s hands, and we are just God’s servants who are obeying his command to look for the Hilal to mark our religious months.

This is a sacred tradition and Sunnah which has been passed on from generation to generation for over 1400 years of Islamic History.  Do we really want to throw it all away; just so that we can say we are united on one day out of the year and perhaps get a special “Eid Day” sale at Macy’s in the future?

I for one would rather be united in following the Sunnah of Prophet Muhammad (S) and go out and look for the new moon to reconnect with nature and remember that Allah is the creator of the universe and in control of this world; Not a calendar on my refrigerator which I printed from a website.

Author’s note: I was asked by Wajahat Ali (Patheos contributor and editor of the Goat Milk blog) to write a piece on moon sighting for his online debate series, “The Goat Milk Debates,” where this pieceoriginally appeared. Aziz Poonawalla, who has a news and politics blog at Patheos, wrote the rebuttal (in support of using scientific calculations to determine the new moon and start of an Islamic month). The GoatMilk Debates is an ongoing series featuring two debaters tackling an interesting or controversial question in a unique, irreverent manner.

The article, republished with author’s kind permission and first published at Patheos.com  is from our archive, originally published on an earlier date and highlighted here for its importance.