aaa
Q Dear Respected Consultants, Hello, I am a "typical" 18-year-old Caucasian American girl who is deeply investigating Islam through books and the internet, and I am seriously considering the lifestyle/religion. However, I have found a few things that trouble me. First, I have read that men and women are forbidden from seeing each other in private and must "cast their eyes down." However, my best friend for the past six years has been a boy, so do I have to sacrifice my friendship if I convert to Islam? Does this go under the "struggling" factor of the religion? Second, I have read that Caucasian women who convert before they are married have a horrible time finding a husband since dating is not allowed and the chance of different ethnicity marrying are less likely to occur. This all seems like a Catch-22 to me! Please enlighten me, for I would greatly appreciate your advice.

First of all as regards your friend who is a boy: (I assume that you have no sexual relationship with him, and that he is, as you say, a friend.)

The rules of modesty in the Quran are aimed at preventing sexual relations outside marriage, and protecting the rights of women not to be exploited sexually but to have a stable marriage relationship with full financial rights and legitimate children.

In any friendship between two people of opposite sexes, it is likely that a physical attraction may arise, and therefore both women and men are advised to be modest and straightforward in their behavior and dress, to minimize the risk of this happening.

In your case, you are still young and hopefully innocent and maybe this problem has not yet arisen. While this is still the situation, perhaps you could share your interest in Islam with your friend (and maybe other friends too), preferably observing the sensible basic rule of never being alone with him in a private place, but maybe when you are out in a public place like a restaurant, or by phone or email or letter.

If you can both share this interest and you do grow closer later in life, then perhaps you will both accept Islam together and eventually marry. If not, then there is no shortage of Muslim men wanting to marry. (If you are a Muslim woman, it is important to marry a Muslim man, who can understand your religion and recognize the rights it gives you).

You may not find a Caucasian to marry, but it is possible that you will. In any case, in Islam all races are equal: to Allah, the one who is the most honored is the one who is most conscious of Him (Quran 49:13).

This brings me to the second part of your question: in the Quran, Muslims are told to ‘marry those among you who are single’ – this means that the whole Muslim community has a responsibility to make sure that single people get married.

Women who accept Islam are often taken aback by the number of proposals they receive. There are also Muslim web sites and marriage agencies that try to bring people together.

Women who are considering one proposal should not consider another at the same time, but should say no to one person before considering another. This avoids conflict and jealousy arising, and minimizes hurt feelings.

This system ensures that when a woman is considering marriage, all the men to be considered are ones that actually want to get married, not to mess about without taking responsibility.

It also means that people don’t get too attached to each other before deciding they can’t marry for one reason or another, and that no illegitimate, unwanted children are born without a father to help support and rear them. Everything is clear and above board. 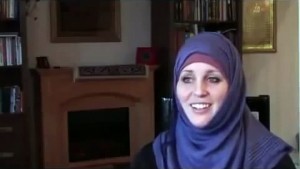 The people with the first responsibility for matchmaking are the parents of the young people, but brothers and sisters and friends all do their best to introduce suitable people who want to get married.

This whole system helps to filter out unsuitable and irresponsible men (and women) who only want to take advantage. All you have to do is to make known the sort of person you are looking for (and not looking for!), and consider each proposed person on his merits, with a reasonably open mind.

In the end it is Allah who sends you the one you will marry, and all people can do is to try and help.

I hope you find this answer helpful. Please feel free to ask again if you have more questions.