aaa
Q Dear scholar, as-salamu alaykum. Can you explain to me what we mean when we say Allah is "Transcendent and Immanent" in their Arabic terms? Also what does Trinity in Christianity mean?

If it were possible to explain the Christian doctrine of the Trinity to you in an answer as short as this one, I would be one of the most brilliant men ever to have lived! However, I am just a simple writer who tries to explain things to people in a simple way, and so I can’t do such a thing.

Even theologians can get caught up in the details of such a complex topic. What we can try to do, though, is to take a very simple look at what Christians believe about God, without trying to explain that belief too deeply.

First of all, one misconception about Christian belief has to be got rid of. Christians do not believe in three gods, whom they call Father, Son, and Holy Spirit. They believe in one God, but that one God is understood in a different way to the way Muslims believe in Allah (which is, after all, the Arabic name for this one God).

That is why, for example, Pope John Paul II, the leader of the world’s Roman Catholics who died in 2005, and the Grand Mufti of Syria could pray together in the Great Mosque of Damascus. They were praying to the same God but had different ideas about what that God was like.

Muslims believe, of course, that Islam is the final revelation of Almighty Allah to mankind. All previous prophets, like David and Solomon, Moses and Jesus (peace be upon them all), revealed something of what Allah wanted mankind to know at a particular time in history. Moses, for example, was given a message for the Children of Israel, and Jesus was given a message for them a later stage in history.

Prophet Muhammad, however, (peace be upon him) was given the fullness of revelation. He brought mankind a message of what Allah was like and how He wanted people to behave in this world.

This description of Almighty Allah that we find in the Glorious Quran is the fullest explanation we can find anywhere of what He is like, and it includes some of the things that Jews and Christians had believed before.

For example, each of the three faiths believes, as you say, that God is both immanent and transcendent. This means that Almighty Allah is both great and beyond the imagining of His creatures, as well as being so close to them that He knows about every leaf falling from every tree.

The Quran uses many beautiful names to speak about Allah, and each of these names gives us some insight into what He is like, what His attributes are; but there is a further name for Allah that He reserves for Himself alone to know. In other words, whenever we come close to thinking that we know how to describe Allah, we can be sure that He is not like that. He is beyond the imagining of humans.

Our human minds cannot comprehend His greatness. Allahu Akbar! God is the Greatest and beyond our comprehension. The names of Allah give us poor creatures a way of understanding Him better. However, if we were to spend the rest of our lives studying what Allah is like, our studies would never be exhausted. We would never understand Him fully.

So great is Allah, however, that even though He is beyond the understanding of our simple minds, He cares for everything we do and listens to every prayer we speak. Although we cannot understand Him, He understands each one of us better than we know ourselves. He notices every good deed we perform and sees the bad actions we commit. He is All-Knowing, but also All-Merciful. 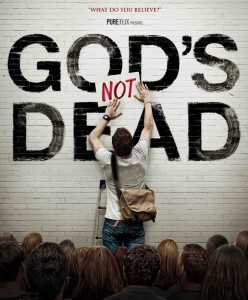 This, then, is the meaning of Allah being transcendent, or far away from what our minds can understand, and immanent, or closer to us than the air we breathe.

It was to such a God that both Pope John Paul II and the Grand Mufti of Syria could pray. These are the things that Christians, Jews, and Muslims can broadly agree upon. However, there were ideas about God that they did not share. The Christian belief about God that Muslims reject is called Trinity.

To put it ever so simply, this is what Christians believe, and these words intend no disrespect to the belief of Christians. God is One, but He manifests Himself to the world in three ways, which are three parts of the same God.

They are distinct parts, but nevertheless parts of the same thing. To call these three parts “persons” makes us immediately think about people and we start to get confused. The problem is that the doctrine itself is quite confusing and the Church has got itself into a bit of a fix by trying to use human language to talk about something that words cannot describe.

The first “person” in this Trinity of persons is the One whom Christians call “Father” and the one who most corresponds to what Muslims call Allah. This is the Creator of all things, who is transcendent and immanent, all-seeing and all-powerful. If it stopped there, there would be no problem. However, it doesn’t. Christians believe that this “Father” sent a “Son” into the world. For Muslims, this is immediate blasphemy, since God has no partners or sons.

The doctrine goes back to the idea of Adam and Eve being expelled from Paradise. According to the Noble Quran, Adam and Eve sinned but they repented and were forgiven. According to the Christian tradition, they were not forgiven and their sin was inherited by all succeeding generations of human beings. No human could do anything to atone for the sin that had been committed. It would take a superhuman to make up for the wrong that Adam and Eve had done.

The Quran is perfectly clear that Jesus (peace be upon him) did not die on the cross, but according to Christian tradition, he did die and, since he was God’s Son, he made up for the wrong that Adam and Eve had done. He was human but he was also God, a part of God.

It would take many pages to try and explain why Christians came to believe that this Jesus was God, but to put it simply, they did so both out of an exaggerated love and respect for the person of Jesus and because of the heavy influence of Saint Paul, who began to write that Jesus was divine. The Christian Gospels themselves only suggest that Jesus is God if we look back with hindsight, through the eyes of Saint Paul and later Church Councils.

The third part of this God which is made of three parts but remains one is called the “Holy Spirit.” This is even more difficult to explain than the others. The Holy Spirit is like a physical embodiment of the love between the Father and the Son. He, according to this doctrine, is like the power of God put into a physical form.

In trying to explain what God is like, the Christian Churches have created complex ideas that lead to even more complex explanations. Unfortunately, these doctrines cannot be understood by the majority of people and have to be explained to them by professionals who know more about the religion than they do. 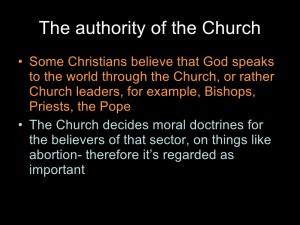 Islam, on the other hand, is much more simpler. Muslims worship Allah, Who is both great and close to them. They do not rely on intermediaries between Allah
and mankind, since all men and women can pray directly to Him without the need of popes or priests or ministers.

Muslims have great respect for what others believe. They believe that Islam is the natural religion of mankind, and, while other religions have some understanding of the truth, the fullness of truth was revealed to Prophet Muhammad and he was asked to deliver this to mankind.

Your questions was short and simple but, as you can see, the answer is very complicated. I hope that it was of some help. Please keep in touch.