aaa
Q I attended a lecture in which the lecturer said that the Prophet Muhammad (peace be upon him) ruled over mankind, the jinn, animals, and birds, as well as the sun, the moon, the stars and also over the dead. Please comment.

This answer first appeared at www.arabnews.com. It is republished with kind permission with slight editorial modifications.

Thank you for your question.

The thought that immediately occurred to me when I read this question was: What is left for God? If we make such a statement, we are in effect saying that the Prophet Muhammad (peace be upon him) has a status placing him above God.

The first thing to be said here is that although Muslims are required to love the Prophet better and more than they love anyone or anything else, including their parents, children and indeed themselves, they must be careful lest they say or do something that is unacceptable to God Almighty.

The Prophet’s status comes from the fact that God chose him to deliver His final message to humanity and show them how to implement it in practice.

Throughout his life, the Prophet Muhammad remained a servant of God, exemplary in his obedience of whatever God ordered. When the lecturer said that the Prophet ruled over all those creatures, what did he mean? If he meant that the Prophet determined what happened to them in this life or in the life to come, his statement is false.

The Prophet did not determine events of his own life. In the Battle of Uhud, he received several injuries. How come he did not prevent such injuries? The battle ended in a painful defeat for his army. Why did he not determine its outcome?

If the lecturer meant that the Prophet Muhammad was given a message that applied to all these creatures, including the sun, moon and stars, his statement is again wrong. The message of Islam calls on people to submit themselves to God on the basis of choice and free will. The only creatures mentioned in the question that have free will are humans and the jinn. 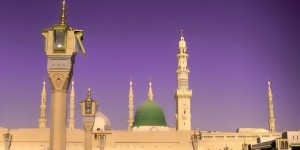 The Prophet’s message is addressed to both, and every human being and jinn are required to believe in Islam, submitting themselves willingly to God and abiding by His teachings.

The other types of creatures mentioned, including animals, birds, and celestial bodies, have not been given free will. They cannot chose between alternatives. They submit to God in the sense that His will applies to them and they cannot contravene the laws of nature He has set in operation. Hence, they do not have to account on the Day of Judgment for the role they play in life.

As for the dead, these are people whose ability to act and do anything is over. Hence, no standard of behavior applies to them.

Why do people like this lecturer give the Prophet Muhammad such exaggerated status? They often speak of their love of the Prophet. Yet love, in its true sense, means following what the Prophet has taught, either by advice or by action.

The Prophet made it clear that people must not give him an exaggerated status. These people deliberately contradict his express wishes. Does that indicate love?

If you dearly love your mother and she tells you that she does not like the smell of the perfume you have just bought, would you wear that perfume day after day? Would you not try to exchange it for a different perfume that she likes?

If the Prophet tells you not to exaggerate his status, why do you go on insisting on giving him a status that is beyond the reach of anyone other than God?

Consider the Quranic verse in which God gives this instruction to the Prophet:

{Say: If you love God, follow me; God will love you and forgive you your sins. God is Much-Forgiving, Merciful.} (Aal Imran 3:31)

It sums up the role and position of the Prophet: He is to be obeyed and followed by all people who wish to be loved by God and forgiven their sins. Our attitude toward the Prophet should be one of following, not merely singing his praises.

The Prophet made it clear that he was an ordinary human being, who was not privy to what God might determine concerning anyone or anything. He could not forbid anything or make it lawful at his own behest.

When he expressed dislike of the smell of garlic and onion, people said that he would go on to forbid eating them. He said to them: “Look, you people! I am only human. I have no authority to forbid anything. It is only God who has such authority. I have simply expressed some personal dislike.” 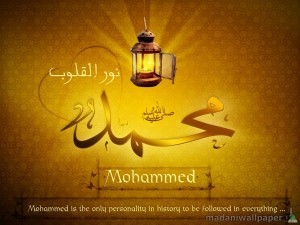 We must certainly follow the Prophet’s example and abide by his guidance. This is the way to earn God’s pleasure. This, however, does not mean giving him a status other than what God has given him.

Indeed God has bestowed on him the greatest honor He would grant to anyone of His servants, making him the means of delivering His message to mankind.

There can be no higher status than that.

I hope this answers your questions. Please keep in touch.