aaa
Q I read parts of the Quran and parts of the Bible. I think both books are great guides to becoming a person that God wanted you to become. I know the Quran lets you study other religions, then why is it that people are against other religions? There is only one God, why do I get to hear from people reading books about him I do not belief in their god. I can only belief in the one God, I have 100% faith in God just not 100% in the books that were written by humans about Him. Why would anyone be offensive about that?

Thank you so much for sending in your question, and for attempting to come to a clearer understanding about a crucial life matter.

The following is the second part of your answer. The first part is published here.

We pray that you’ll be able to reach answers that are genuinely fulfilling to your heart and mind, and truly helpful for you to lead a life full of goodness, righteousness and purity as a noble human being.

Any creator who creates even a mobile phone…- or anything for that matter -would also explain to people what is the purpose and the function of this creation and how to use it to the fullest.

Our Creator also informed us of that. He sent us The Quran, in it He speaks directly to all mankind, He told us what is success and what is failure, how to reach Him, what is our purpose, what is the reality of this existence.

Now, think about that, if we love someone, but we don’t do what they ask us to do, we don’t spend time knowing about them deeply or we don’t communicate with them. We claim we believe in them and love them, but we just don’t do what they ask. We want to love our way, not their way or not the way they asked for… is this honest love or a sufficient relationship?’

You believe in One God. Then what?

How can you to love Him? Your way randomly? Not curious to know how He wanted us to love Him, reach Him, connect with Him eternally and earn an eternal life near Him in Paradise that has what no eyes have seen, no ears have heard and no hearts have ever imagined? 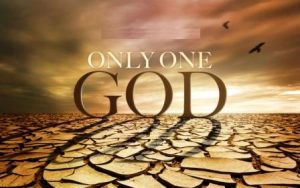 Out of His Mercy, The Entirely Merciful Creator did lay down a path, a clear straight path to reach Him. We’ve discussed this before here, for instance.

It is really essential to know that, to find truth and to know where we’re heading. We are all going to die, and we are going to meet our Creator. Isn’t it worth our time to know more about the reality of this matter?

Lastly, with regards to people becoming offended. As you mentioned, examining and searching for the truth is a must in Islam, that’s why we ask you to read and investigate. Also, losing temper, anger and any inappropriate acts resulting from “being offended” are not commendable in Islam.

It is also not commendable to say something false about anyone. It is not right to say about God what He is not, especially that He did send His Direct Words.

Would you want people to spread rumors and falsehood about you? Surely not.

{They have not appraised Allah with true appraisal, while the earth entirely will be [within] His grip on the Day of Resurrection, and the heavens will be folded in His right hand. Exalted is He and high above what they associate with Him.} (Quran 39: 67)

{They have said, “Allah has taken a son.” Exalted is He; He is the [one] Free of need. To Him belongs whatever is in the heavens and whatever is in the earth. You have no authority for this [claim]. Do you say about Allah that which you do not know?} (Quran 10: 68)

Nevertheless, Allah (Arabic for the One and Only Deity) commanded the believers to only ‘leave’ any such setting that include ridiculing of His Words and His Signs.

{And it has already come down to you in the Book that when you hear the verses of Allah [recited], they are denied [by them] and ridiculed; so do not sit with them until they enter into another conversation.} (Quran 4:140)

This is a brief discussion on the issues that you’ve raised. 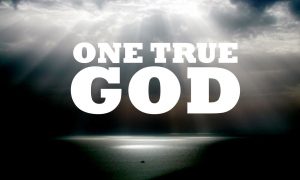 We hope we have given you some answers or ideas to help you with your journey of knowledge a little bit more. We ask the Creator to shower you with peace, wisdom, insight and satisfaction.

Do let us know should you have any more questions.