aaa
Q I wonder why Muslims murder so many people, Can you tell me why you do this?

Islam does not believe in killing non-Muslims; rather it believes in conveying the “message of peace.” If Islam was simply killing and terrorizing, how could it ever become a world religion, if one man in Makkah originally preached it? Do you think that force can spread a religion and make it survive the vicissitudes of fourteen centuries?

Right at this moment, in spite of all the hostile propaganda unleashed against Islam, it is the fastest growing religion, a fact acknowledged by friends and foes alike. You need to refer to the original sources of Islam, in order to know what it really is. The stereotypes, presented by the media about Islam, which might really be misleading, simply affect so many people.

If you want to know about Islam, go back to its main sources: the Quran and the prophetic traditions of Prophet Muhammad (peace and prayers be upon him). And you can easily get a first hand access to them. There are over fifty translations of the meanings of the Quran into English and most of the Prophetic traditions have been translated too.

It is a fatal mistake to take it for granted that the followers of any doctrine or religion are the best examples of the practical application of the principles and values of such a doctrine or religion. Do all Christians go regularly to church and do what they should do so as to be truly committed and sincere Christians?

Do all Muslims go to the mosque and know exactly what they should know about their religion and apply it in their daily life? The answer to both questions is absolutely: NO!! It is only a few who are truly and sincerely committed. The same rule applies to most followers of any other doctrine or religion. 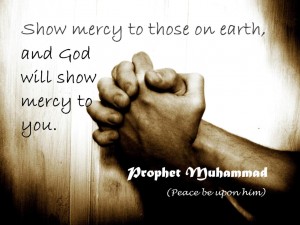 Based on the above argument, if some followers of any religion do something wrong, we should not be subjective in our judgment and claim that all the followers of such a religion must do the same thing. For example, if a Muslim did kill a non-Muslim, this does not necessarily mean that all Muslims are killers.

I think it would be much better if you read by yourself about Islam, with an objective eye without presuppositions or bias. Then, you would get a clearer picture.

Following are some clarifications about Islam and its principles:

The word Islam in Arabic is derived from the stem salima and its other derivatives are salaam, silm, salaamah, istislam, which revolve around the following meanings: peace, submission and surrender. In other words, a Muslim is the one who surrenders and submits his will to that of God – peacefully. By doing so, he gets two types of peace: inner peace within the heart and mind, because he established communication and initiated a relation with God and outer peace in his relation with the whole universe.

A Muslim must believe in all the previous prophets and messengers who were sent before Prophet Muhammad (peace be upon him). Otherwise, his faith is considered incomplete. Thus, Muslims believe in Moses, Jesus and all the preceding messengers who all came to teach people that there is only one God worthy of worship. He is the One Who created us, sustains us and the One before Whom we will all be resurrected and judged for our deeds.

God orders Muslims in the Quran that there is no coerce in religion, i.e. no Muslim should force a non-Muslim to embrace Islam against his own free will. Rather, we are asked to present Islam to others; taking into consideration a number of things: the right time, the appropriate wording, and the best means.

There are lots of misconceptions that are mongered about Islam, on top of which comes the definition of the concept of jihad. Many people define it as “holy war”, which is incorrect. Prophet Muhammad and his companions had been oppressed and persecuted by the pagans of Makkah for about thirteen years, until they were driven out of their homes and immigrated to Madinah.

Despite all this bad treatment, the prophet (peace be upon him) left his cousin behind, so as to give the pagans the property and belongings entrusted to him. This was because they would not trust each other an 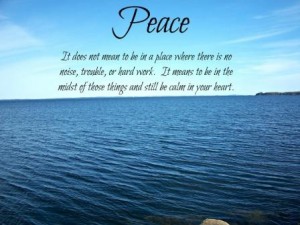 d Prophet Muhammad was known among them by the title of the ‘Honest and Trustworthy’.

Jihad then was ordained by God as some sort of defense against the aggression and oppression of th
e pagans and later on for the sake of propagating the word of God and spreading monotheism and justice on earth. Yet, there are many rules that govern jihad and mujahedeen (those who practice jihad).

Allah Almighty has stated the objectives behind jihad in the cause of Allah, the Most High. He, the Most Perfect, says in Surah 8, verse 39:

{Fight them until there is no more fitnah (shirk), and the religion will be for Allah Alone. But if they cease [worshiping others besides Allah] then certainly Allah is All-Seer of what they do.}

Thus, the objectives of jihad include:

* Supporting the word of God; Prophet Muhammad (peace be upon him) said:

“Whoever fights in order to make the word of Allah the highest, then he is in the cause of Allah.” (Reported by Bukhari.)

{And what is wrong with you that you do not fight in the cause of Allah, and for those weak, ill treated and oppressed among men, women, and children, whose cry is: Our Lord! Rescue us from this town whose people are oppressors.}

{Whoever transgresses against you, retaliate likewise against him, and fear Allah, and know that Allah is with those who fear him.) 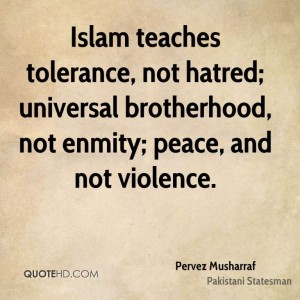 {For had it not been that Allah tests one set of people by means of another, monasteries, churches, synagogues, and masaajed, wherein the name of Allah is mentioned often, would surely have been pulled down. Verily, Allah will help those who help His [cause]. Truly, Allah is All-Strong, Almighty.}


When God sent His prophet and ordered him to summon the people to His religion, He did not permit him to kill or fight anyone, merely for that reason. This was before the prophet emigrated to Madinah, where there were other different reasons to start jihad. Thereafter, Allah (SWT) gave permission to the prophet and Muslims to fight, under specific ethical framework.

Thank you and please, do keep in touch.