aaa
Q Is a Muslim woman wearing niqab allowed to uncover her face in court or for identification purposes?

The issue of whether a Muslim woman wearing a niqab (face veil) is allowed to uncover her face in court or for identification purposes is a popular and often controversial issue.

There is a virtual unanimity on this issue among Muslim scholars and jurists of diverse schools, including those who consider niqab as a divinely prescribed and mandatory practice.

Before proceeding to elaborate on this, I would like to mention two points: one briefly, and the second, with some detail.

Firstly, it is imperative to understand that Shari’ah, in so far as it has been applied and interpreted by scholars in varying circumstances, manifests flexibility and adaptability. It accommodates the ever-growing needs of society to find a balance between the duties and rights of individuals and communities.

The stringent rules of attire mandated in Shariah can thus be waived, when need arises, in order to protect the rights of society, to identify people, and to prevent abuse and fraud. The golden rules of jurisprudence, among others, include, ‘Where there is hardship, the rigors of law are relaxed,’ and, ‘in cases of contingencies, prohibitions are lifted.’

Secondly, niqab or face veil is not a mandatory requirement in Shariah, according to the majority of scholars belonging to the diverse schools of jurisprudence.

The view that women are allowed to uncover their faces is attributed to almost all of the four great imams, including the founders of the four schools:  Abu Hanifah, Malik, Shafi and Ahmad, as mentioned by the great classical authors, Nawawi, Ibn Qudamah, Sarakshi, Ibn al-Humam, Ibn Abd al-Barr, Ibn al-Arabi, Qadhi Iyad, etc.

This is also the view of scholars, traditionists and jurists such as Awza’i, Abu Thawr, Muzani, and Ibn Hazm. Furthermore, it is endorsed by the great majority of Quran exegists, including Ibn Jarir, Qurtubi, Ibn Kathir, al-Jassas, al-Razi, al-Khazin, Abu Hayyan, al-Showkani, etc.

Here is a brief overview of the evidences presented by the scholars in support of the above position:

1. If covering the face had been mandatory, then it would have been stated clearly in no unambiguous terms. There is nothing in the sources to that effect; rather, all the evidence in the scriptural sources point to the contrary. To mention the most obvious ones:

In the Quran, believers, males and females, are ordered to lower their gazes while coming face to face with members of the opposite gender. There is no rationale for this mandate if women were covering their fac 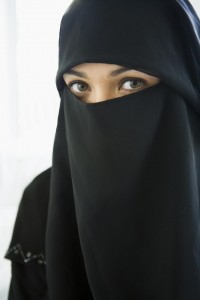 In another verse, Allah orders women to ‘lower their scarves over their bosoms.’ There is no mention of face or hands here. As stated by Ibn Hazm, the only valid inference from this order is that women are not required to cover their faces.

2. The Prophet said that men considering women for marriage should look at them as it could act to cement their future relationship. There are also reports of men looking at the faces of women who appeared before them to offer themselves in marriage. While commenting on such traditions, Ibn Qudamah, the great Hanbali scholar and jurist, states: “There is no disagreement among scholars that a man considering a woman for marriage is allowed to see her face, for that is not included in the awrah that she must cover.” He also states that most scholars are unanimous in that a woman should uncover her face while praying, and this, to him, implies that the face is not a part of the awrah a woman is required to cover.

Contrary to the above view, a minority of scholars say that a woman is supposed to cover her face and hands as well, for, they advocate the entire body of a woman is awrah and is to be concealed except her eyes.

Although this view is traditionally held by a minority, recently it has been pushed up to the front and presented as the dominant view. This can be attributed to the influence of puritanical ideologies as a reaction to Western influence.

In contrast to the above two views, however, there is another view slowly emerging from the extreme left. This is advocated by some feminist scholars who consider hijab in both forms as explained above, as having more to do with culture and tradition rather than due to the eternal norms of the Shariah as enshrined in the Quran. This view, although developed in the modern world, is, ironically, being echoed in the Muslim world as evidenced in a recent doctoral dissertation presented to the Azhar University, which has argued in favor of it.

Based on this foregoing discussion then, removing the face veil is a non-issue according to the first group (the majority opinion), since, as explained above, they do not consider the face veil to be necessary or mandatory in the first place.

As for the second group, in spite of their rather inflexible position on niqab, they too consider it absolutely permissible for a woman to remove her face veil when mandated by circumstances for the purpose of identification. The following are some circumstances that have been specifically mentioned in the sources:

In light of all of this, Muslim women who choose to wear a face veil should have no hesitation in obliging when ordered to remove it by a court, as well as when asked to do so in relation to business transactions, security concerns, verification of I.D., etc. For, there is no need to be overly rigid on an issue where its permissibility ha 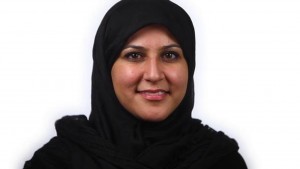 s been fully documented in the standard works of Islamic jurisprudence belonging to the diverse schools.

On issues such as these we may do well to remember the prophetic maxim,

“This religion is easy to practice. Whosoever makes it rigid, will only be defeating himself or herself with their attitude” (Reported by Bukhari)