aaa
Q I am in a very serious trouble and need some advice to sort out the situation. I am in a relationship with a girl since the last 4 years and at the very initial stage of our relationship we promised to marry each other. However, at the time of making that promise we didn't think about the practical difficulties which we are facing now. From the very beginning we decided that we will not hurt our parents and we must have to convince our parents for the marriage. We have also discussed and resolved some family issues which generally arises in an interfaith marriage (like lifestyle education & religion of children, our life-style, how to treat parents & relatives, how to follow religious festivals, etc.). We have already disclosed about our relationship to our parents. Her parents have a good impression on me and my parents also like her, but our parents are not ready to accept the relationship because of two things. First one is the difference of religion, and the second reason is the fear of society. I am a Muslim and she belongs to a different religion. The followers of her religion can be found only in a particular region of India. The followers of that religion believe in one god (the god having no name or shape) and they are not idol worshipers. They do not go to temples and they never participate in any kind of idol worship. She is not willing to convert as because she thinks that conversion only for the sake of marriage is not good. However, she respects the values and principles of Islam. My family members are not willing to accept her even if she converts to Islam. My family members are pressurizing me to leave her, but I am not ready to do that because I love her very much and also as because if I leave her now then it will be like cheating her and I do not want to cheat anybody in my life. My first question is, having regard to the practices of her religion as aforesaid; can we consider her to be one belonging to the "people of the book" as the term is used in Quran? My second question is, whether my marriage will be a valid one as per Quran if she does not convert? If not, then what can be a good solution for my problem (keeping in mind the fact that I am not mentally in a position to leave her). I would also love to have some suggestions on how to convince my/our parents for the relationship.

Thank you so much for sending your question. May Allah [SWT] guide you to all that is good and pure in this life and the next, and may He put your mind and heart to rest!

Now, to answer your questions:

{…And [lawful in marriage are] chaste women from among the believers and chaste women from among those who were given the Scripture before you, when you have given them their due compensation, desiring chastity, not unlawful sexual intercourse or taking [secret] lovers. And whoever denies the faith – his work has become worthless, and he, in the Hereafter, will be among the losers.} [Quran 5:5]

So, in the case you mentioned, the lady is neither a believer in submission to The Creator (Muslim), nor considered among the people of the Scripture (Jews and Christians).  Accordingly, the marriage is not lawful.

3- Now, there are a few issues to consider here.

First of all, we must admit that having a non-halal relationship for 4 years, as you mentioned, was not the right decision/action, brother.

We know that it is purer for Muslim men and women to not have relationships before/beyond marriage. Otherwise, problems like the one we’re currently in emerge. You get attached to someone because you’ve spent too much time growing feelings for. You also end up giving a word that includes disobedience to Allah [SWT].

Now, let us think together about a few issues.

With regards to faith and marriage, in Islam we understand that faith is a deep bond between human beings. Partners are meant to be connected through their love for their Creator, their gratitude towards Him, their desire for His Closeness, their pursuit of His Knowledge….. All of this creates a major common ground in the relationship.

It’s like they bring an eternal bond in the marriage that connect them with their eternal Creator, and they pray to remain connected as partners for eternity in the afterlife.

Now, what will happen to your non-believing partner on the Day of Judgement and in the afterlife? Have you thought about that? Have you delivered the message of Islam adequately to her?

Beyond this relationship, she is our sister in humanity. We need to deliver the Message of The Creator clearly to her. We care about people and we care about what might happen in the next life if one rejected the revelation of the Creator and didn’t actualize the purpose that human beings were created for. 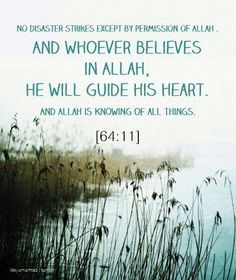 {And remind, for indeed, the reminder benefits the believers.And I did not create the jinn and mankind except to worship Me.I do not want from them any provision, nor do I want them to feed Me.Indeed, it is Allah who is the [continual] Provider, the firm possessor of strength.} [Quran 51: 55-58]

‘Worship’ here includes knowing, loving and living for Allah [SWT], The One and Only Deity, The Creator.

Allah [SWT] created this universe for us, so we may reflect on it, know about Him, find Him through it and deepen our bond and relationship with him.

{O mankind, worship your Lord, who created you and those before you, that you may become righteous – [He] who made for you the earth a bed [spread out] and the sky a ceiling and sent down from the sky, rain and brought forth thereby fruits as provision for you. So do not attribute to Allah equals while you know [that there is nothing similar to Him]. And if you are in doubt about what We have sent down upon Our Servant [Muhammad], then produce a surah the like thereof and call upon your witnesses other than Allah, if you should be truthful. But if you do not – and you will never be able to – then fear the Fire, whose fuel is men and stones, prepared for the disbelievers.} [Quran 2:21-24]

Please reflect on those ayat (verses).

{Indeed, in the creation of the heavens and earth, and the alternation of the night and the day, and the [great] ships which sail through the sea with that which benefits people, and what Allah has sent down from the heavens of rain, giving life thereby to the earth after its lifelessness and dispersing therein every [kind of] moving creature, and [His] directing of the winds and the clouds controlled between the heaven and the earth are signs for a people who use reason.} [Quran 2: 164]

So let us use our reason here, brother.

What is your purpose and her purpose in life? Where would this life end?

Marriage itself in Islam is meant to be a journey of intellectual, emotional, spiritual and physical connection and growth. All of this will not be shared between the two of you in this case. Faith is not simply a portion of your life that you can put aside. Rather, it is a way of living, an understanding of life, its purpose and destination. It is a path that leads to a destination and the destination is Allah (SWT).

If you’re not sharing the same destination, how can you be on the same journey?

{And of His signs is that He created for you from yourselves mates that you may find tranquility in them; and He placed between you affection and mercy. Indeed in that are signs for a people who give thought} [Quran 30: 21]

Also, how can you be partners if she is not aiding you in your spiritual journey, helping you become a better Muslim, more in love and more knowledgeable about your Creator?

The Prophet (peace be upon him) says:

“The world is but a (quick passing) enjoyment; and the best enjoyment of the world is a pious and virtuous wife.” [Muslim]

The pious believing wife is a source of peace, stability and security for her husband. She aids him, streng 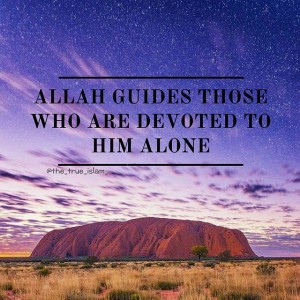 thens him and raises his children, the children of the ummah, in the manner that is best and purest for them in this life and the next.

This element might be missing in your case, even though we’re sure she must be a good and wonderful lady.

Think about this: If you own a company. You have employees. One employee is good to everyone in the company, except the Owner, the Manager. He just doesn’t acknowledge him or the mission and vision of the company, and decide to have his own vision.

What do you think of this employee? If you’re the owner, most probably you’ll fire this employee. No manager will accept such disobedience in his own company.

Now, Allah is the Owner. He is the Owner of The Heavens and The Earth and of our lives and souls. He created us for a purpose. He asked us to learn about Him and connect with Him.

If you’re not doing that in your life journey, then what is the point or the purpose?

Are we just living to fulfill desires; mate, work, have fun, make money… and that’s it?

This life is a gift from the Creator, Allah. If we live our lives ignoring Him, is this really befitting?

I understand the intensity of your emotions at the moment.

We encourage you to take a break and really deeply think about the situation. You don’t have to take any action right now.

If you know a sheikh (scholar) or righteous friends and companions in your area via the mosque or otherwise, they might provide a support group for you.

You may also continue to explain the Quran and the Message of the Creator to the lady. Give her a copy of the Quran in her own language. Show her videos and articles that articulate matters clearly to her. And make dua for her.

{…Whoever fears Allah – He will make for him a way out, and will provide for him from where he does not expect. And whoever relies upon Allah – then He is sufficient for him. Indeed, Allah will accomplish His purpose. Allah has already set for everything a [decreed] extent.} [Quran 65: 2-3]

Open up your heart to Allah, and mend your relationship with Him and HE will mend your affairs. This is th 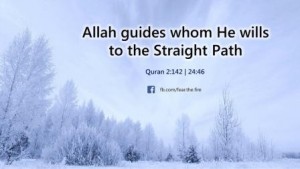 e best for you in this life and the next.