aaa
Q My question will be about "Pact of Umar". I was very surprised, when read ibn Kathir's tafsir on sura Tawba (9:29). Especially, "Pact of Umar", and opinion about jizya. Today, scholars said that jizya is just a tax, but ibn Kathir shows that jizya is an act of a shame and humiliation of non Muslims. As proof, he shows "Pact of Umar". You can Google it and find this Pact. There are so many strange and cruel things about non Muslims. How it can be in our religion - religion of peace? How great Khalif Umar could be so rough? And, if it's not authentic, why ibn Kathir wrote this such a good example for all Muslims and prove it with hadeeths (for example, hadith about pushing non Muslim from the road, not greetings etc)? Similar position I've found in Tabari and Qurtubi tafsirs. So, it seems like to be normal position for those great scholars of that early period, they all call to humiliate non Muslims, war against them etc. In our days scholars say different, they say that war can be only like self-defense, jizya is a good tax, non Muslims have almost equal rights etc, but as you know earlier scholars, especially imams of madhabs considered like more known and more right scholars then scholars in our time. What we see then? Our scholars in nowadays, specially say untrue about our religion that seems to be good in Western world? What can you say about "Pact of Umar" and ibn Kathir's tafsir of ayah 9:29? Why scholars like ibn Taymiya and ibn Asakir guess this Pact as authentic and normal Pact?

Thank you for reaching out to us with your question.

When we read tafsirs (interpretations of the Quran) it’s important to remember that they are not law. Tafsirs are scholars’ efforts to explain the Quran. There are many reasons why a tafsir may not be accurate. Here are some of them:

As a result, it will be natural to find varying tafsirs on a given issue due to the human effort involved. Regarding a scholar’s effort and accuracy the Prophet Muhammad (peace be upon him) said:

In regards to Umar’s Pact, there are multiple narrations with variant wordings. Some scholars view that some of these narrations are credible and others are not, while other scholars believe that the pact is not authentic at all.

Regardless if the pact is authentic or not, the Quran and verified Hadith give us information on how non-Muslims should be treated. If we face a situation where there’s a difference of opinion, we are instructed to refer back to the revealed texts. Allah mentions what means:

“And if you disagree over anything, refer it to Allah and the Messenger, if you should believe in Allah and the Last Day. That is the best way and best in result.” [Quran 4:59]

Let us turn to some of the texts of the Quran and Hadith that deal with the treatment of non-Muslims. Allah sets the tone and spirit for dealing with non-Muslims in this verse:

“Allah does not forbid you from those who do not fight you because of religion and do not expel you from your homes – from being righteous toward them and acting justly toward them. Indeed, Allah loves those who act justly.” [Quran 60:8]

Allah has mentioned in regards to the protection of the places of worship of other faiths: 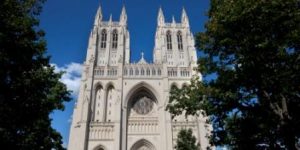 “And were it not that Allah checks the people, some by means of others, there would have been demolished monasteries, churches, synagogues, and mosques in which the name of Allah is much mentioned.” [Quran 22:40]

Notice how Allah mentioned to the Muslims the houses of worship of other religions first when it came to their preservation.

An enemy combatant that seeks a safe passage to the Muslim State must be granted safe passage. Once the enemy combatant is done with his business in the land and would like to leave, the Muslim State is required to safely escort him to his land. This is true even if a war is in progress and he will be one of the combatants participating in that war. Where can this example be found in today’s world? Allah said:

“And if any one of the polytheists seeks your protection, then grant him protection so that he may hear the words of Allah . Then deliver him to his place of safety. That is because they are a people who do not know.” [Quran 9:6]

After returning victoriously from the Battle of Tabuk, the Prophet dealt with the allies of the Romans who sought to kill him by establishing a peace treaty with them. The Prophet could have fought them to remove them as a threat, but instead he allowed peace to prosper. Al-Bukhari records one of these incidents:

Abu Humaid As-Saidi: “We accompanied the Prophet in the Battle of Tabuk and the King of ‘Aila presented a white mule and a cloak as a gift to the Prophet. And the Prophet wrote to him a peace treaty allowing him to keep authority over his country.”

The non-Muslims who are under agreements with the Muslims are given special care as instructed by the Prophet:

“If one kills a non-Muslim under an agreement with us, then he will not smell the scent of Paradise. Surely, its scent can be found from a distance of forty years.” [al-Bukhari]

This includes any non-Muslim entering a Muslim country for matters like a visit, work, trade, political correspondence, etc.

As far as the interpretation that the tax (jizyah) is to be collected “as an act of shame and humiliation”, consider that we find one of the Companions of the Prophet, Hisham ibn Hakim, prohibiting any such act:

“Hisham ibn Hakim saw a man put people under the sun during the tax collection (jizyah) so he said to him, ‘What is this? I have heard the Messenger of Allah say: Surely Allah will punish those that cause pain for mankind in the world.’ ” [Muslim]

If the Companion objected to exposure to the sun, what would his response be to shame and humiliation?

As you can see the previously quoted texts are from the Quran and Hadith and not statements of current day scholars. Even Ibnul-Qayyim, a contemporary scholar of Ibn Kathir, disagrees that the tax (jizyah) should be collected to cause shame or humiliation:

“This is groundless and the verse doesn’t imply that. It is not related that the Prophet or the companions acted like that. The correct opinion regarding this verse is that the word means “acceptance” by non-Muslims of the structure of the Muslim right and their payment of jizya.”

An-Nawawi said regarding those who claim that the tax (jizyah) should be collected in humiliation,

“The majority of scholars say that the jizyah is to be taken with gentleness, as one would receive a debt. The reliably correct opinion is that this practice is invalid and those who devised it should be refuted. It is not related that the Prophet or any of the rightly-guided caliphs did any such thing when collecting the jizyah.”

Ibn Qudamah, another scholar not from our current time, also said: 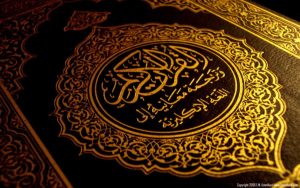 “The Prophet and the four caliphs said that taking the jizyah should be done with gentleness.“

Regarding the People of Responsibility (ahl-udhimmah), the non-Muslims who live in the Muslim State, the Prophet Muhammad (peace be upon him) said:

“If someone wrongs one under an agreement with us or violates his right or burdens him above his ability or takes anything from him without his approval, then I will be his opponent overcoming him with proofs on the Day of Judgment.” [Abu Dawud- Sahih]

When the Tatars conquered Sham (areas of Syria, Palestine, and Jordan) the scholar Ibn Taymiyah (one of the teachers of Ibn Kathir) spoke to one of the Tatar leaders, Qatlu Shah, in regards to freeing their prisoners.

When Qatlu Shah allowed for the Muslim prisoners to go free and not the Jews and Christians, Ibn Taymiyah said:

“We do not agree except if all the Jewish and Christian prisoners go free because they are the People of our Responsibility (ahlu-dhimmah) and we will not leave a single prisoner from amongst the Muslims or the ahlu-dhimmah  behind.” As a result, the Tatars freed them all.

As you can see, the texts from the Quran and Hadith are sufficient to show Islam’s just and gentle manners in dealing with non-Muslims.