aaa
Q Salam. You say that Islam is the true religion and the last religion for mankind! But Muslim countries are usually poor, dirty, greedy, crude, etc. They have no democracy; and so they are managed by dictators. If the Islamic religion is true, why do all Muslims live under captivity?

Short Answer: The teachings of Islam, if properly followed, would lead us to the establishment of a society where people are self-sufficient, clean, and refined. And such a society will allow freedom to its members and do everything to eliminate oppression and exploitation. The poverty, misery, and tyranny seen in some parts of the Muslim world today are not the product of Islam. They are a vestige of western colonialism as well as a product of predatory capitalism that ravages the land and its resources.

One can sense a couple of presuppositions behind your question. One, a religion, if it is based on truth, must necessarily make the people rich, clean, self-sacrificing, refined, and so on. Two, such a religion when followed by a majority of people in a country, ought to make that country a democratic one.

Add to that the assumption that people who do not follow Islam have a greater chance of being the opposite of “poor, dirty, greedy, crude,” and so on.

Your question, in short, suggests that a true religion must make the earthly life of its followers comfortable or enjoyable.

Before considering the Islamic teachings in view of your criticism, let us consider the experiences of the followers of Moses and Jesus (peace be upon them) as recorded in the Bible.

We read in the Old Testament, about the sufferings of the Children of Israel under the Pharaoh for over four centuries:

[Now the sojourning of the children of Israel, who dwelt in Egypt, was four hundred and thirty years.] (Exodus 12:40 KJV)

Indeed the taskmasters of Pharaoh could have scoffed at “the Chosen of People” of Jehovah using words similar to the ones you have used against the Muslims, because, the Israelites lived so long under the cruelest dictator, without a ray of hope for “democracy”.

And after Christianity became powerful, the Jews were scattered all over the world, and in the twentieth century, they were segregated to the ghettos of Europe, and subjected to terrible discrimination and persecution.

And yet, the true religion of God according to Moses and the prophets of the Old Testament was the religion of those poor, dirty, miserable slaves, and not of the rich and powerful Egyptians who worshiped the Egyptian sun-god, Ra.

Now, let us come to the times of Jesus Christ: He taught his disciples that the Kingdom of God belongs to the poor:

[Looking at his disciples, he said: “Blessed are you who are poor, for yours is the kingdom of God.”] (Luke 6:20 NIV)

And he said that the chances for a rich man to enter the Kingdom of God are quite bleak:

Jesus was never a spokesperson of the rich and the mighty. He was a companion of the oppressed and the wretched, who slaved hard for their masters, just for existence. And dear Ottoman, by your standard, the religion of Jesus (which did not make his followers rich, clean, and so on) ought to be false. And yet it is not so.

Religion by its very nature focuses on the other world and not on this world. Hasn’t Jesus himself said, [My Kingdom is not of this world.] (John 18:36)?

It was in the Middle East that all the prophets of God mentioned in the Bible lived and preached: Noah, Abraham, Moses and Jesus lived and preached in the very same region considered a cauldron of turmoil even in these modern times. 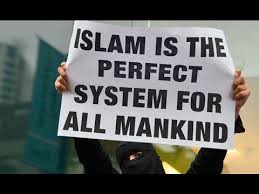 Most of the countries in the region are ruled by tyrants and it is well-known that Western governments have a stake in keeping them in power as their very own stooges, so long as these dictators give them free access to their natural resources and protect western interests.

To say that the Muslim people of these countries are not interested in freedom or democracy because they are Muslims, is absurdity itself. The Muslims are also humans who desire freedom as much as fresh air and clean water.

The self-styled champions of democracy cry out words like ‘freedom’, ‘democracy’ and ‘human rights’, only when a particular dictator acts in defiance of the vested interests of the west. Examples are umpteen. This is the kind of blatant hypocrisy that rules the “international community” today.

Coming to the teachings of Islam, I would like to underscore the following fundamentals:

1. God Almighty — or Jehovah or Iswar or Allah — is the Creator and Sustainer of the universe and everything in it. He is One and one only.

2. All humans are the creation of God, and so, are equal.

3. From the beginning of humanity on earth, God had been sending His prophets to guide mankind along the right path or to persuade them to lead a life of obedience to God’s commandments. Religion became a social reality when people followed those prophets.

4. All religions worth the name are basically one, as they were taught by the prophets of the One True God.

5. Eventually, in the course of history when time was ripe, and humanity attained maturity as it were, one prophet came to complete the religion of God to mankind; and that prophet was Muhammad (peace be upon him).

This was necessary, as the teachings of religion taught by the earlier prophets were either clouded in mystical terms, forgotten or deliberately manipulated by the “scribes and Pharisees, hypocrites” (See what Jesus had to say of them in Matthew 23).

Indeed, Islam means sincere and wholehearted ‘Submission to God’ and that was the religion of all the prophets of God, including Abraham, Moses and Jesus.

The completed guidance of God contained in the final Book of God revealed to Prophet Muhammad is called the Quran. Muslims ought to lead a life of virtue by following the guidance contained in that Book.

Prophet Muhammad was the model human sent by God to practically demonstrate as to how to live by the Quran. The Quran and the Sunnah (i.e. the example of the Prophet) together form the foundation as well as the body of directive principles of Islam.

Islam’s teachings include rules governing the individual life of humans as well as their social life. Islam clearly teaches the importance of any hard work that aims at the improvement of the society.

Indeed, Islam is the only religion that lays equal stress on both the spiritual life of man and his physical life. A Muslim is taught to pray:

The teachings of Islam, if properly followed, would lead us to the establishment of a society where people are self-sufficient, clean, and refined. And such a society will allow freedom to its members and do everything to eliminate oppression and exploitation 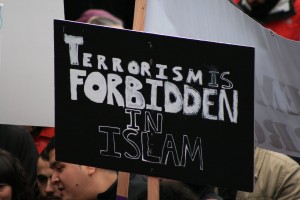 The poverty, misery, and tyranny seen in some parts of the Muslim world today are not the product of Islam. They are a vestige of western colonialism as well as a product of predatory capitalism that ravages the land and its resources.

One important teaching of Islam is that this world is transient; and Muslims are taught to strive for the eternal world Hereafter, rather than for this world.

Therefore, Muslims are not disappointed by setbacks or failures in this world. Rather, they cherish profound faith in the infinite mercy and blessings of God awaiting them in the Hereafter.

The foregoing means that any attempt to measure the veracity of a religion by the yardstick of the material success enjoyed by its apparent followers, is pointless and irrelevant.