Scientology is usually described as a religion, though it does not meet several of the expected criteria of judging religions in general.

“The Church of Scientology”, as it is officially known, was founded by a man called L. Ron Hubbard (1911-1986), who lived in the United States in the twentieth century.

Scientology was popularized through a book published by Hubbard in 1950 titled: DIANETICS: The Modern Science of Mental Health, which among other writings, earned him the name of a well-known science fiction writer. The book was so much of a success that over ten million copies of it were sold.

Dianetics was originally intended to be Hubbard’s “psychotherapeutic” answer to the techniques of modern psychiatry. Indeed, the word “Dianetics” means through the soul; and it is supposed to reveal “the single source of all man’s insanities, psychosomatic illnesses, and neuroses.” (Scientology: Science or New Age Cult?, last accessed July 5, 2009)

The beliefs and practices of Scientology are based on Hubbard’s own extensive writings and taped lectures. Hubbard describes the aims of Scientology as, “A civilization without insanity, without criminals and without war, where the able can prosper and honest beings can have rights, and where man is free to rise to greater heights.” (Scientology Effective Solutions, last accessed July 5, 200)

As an “applied religious philosophy,” as it has been called, Scientology claims to focus on psychological techniques that people can use to make their lives better. As such, it has very little to say about God, the Afterlife or other religious concepts.

Scientology’s focus is modern man’s psychological problems. Hubbard’s ideas on the soul of man and his spiritual awareness give Scientology an aura of religion, though he does not say much on other religious subjects.

Scientology does not give any doctrine about God. Hubbard refers to God as the Eighth Dynamic, which is also known as Infinity. According to him, Scientologists who progress to the Eighth Dynamic may come to their own conclusions regarding the Supreme Being; and Hubbard’s emphasis is on man.

Hubbard’s researches led him to the belief that a human is made up of three parts: the body, the mind, and “the thetan”.

The body includes the brain, the purpose of which is to carry messages. It is comparable to a switchboard.

The mind consists essentially of pictures. It is the accumulation of life’s experiences, perceptions, decisions and conclusions.

The “thetan” is the soul, which is the true essence of a human being. Hubbard wished to avoid the term “soul”, as it has too many meanings. So he coined the term thetan to refer to it. A thetan is that which is aware of being aware, the identity which is the individual. 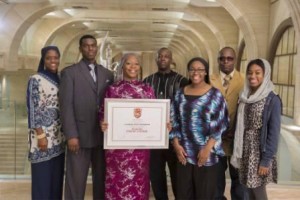 The thetan can exist entirely independent of the body and the mind. Through a process called “exteriorization”, a thetan can leave the body but still control the body. A person who is able to practice exteriorization is called an Operating Thetan or OT.

Man is a spiritual being endowed with abilities well beyond those which he normally envisages. He is not only able to solve his own problems, accomplish his goals and gain lasting happiness, but also to achieve new states of awareness he may never have dreamed possible. (Scientology: Science or New Age Cult?, last accessed July 5, 2009)

Scientology does not teach any belief about an Afterlife, but speaks of the idea of being born again into another body, similar to the Hindu belief of reincarnation.

The writings and recorded spoken words of L. Ron Hubbard on the subject of Scientology collectively serve as its scripture. His writings on the subject comprise of more than 500,000 pages, including dozens of books and over 2,000 tape-recorded public lectures.

The success of Scientology as a religion owes a lot to Hubbard’s reputation as a best-selling author for more than 50 years, with over 589 published works to his credit. His fiction sales total over 25 million copies; and his non-fiction works have sold more than 23 million.

There are several inconsistencies in the presented history of Hubbard, who became one of the wealthiest and most well-known leaders of a religious movement in only a few years… Scientology’s methodology and beliefs have also led some members into a long history of criminal and civil actions and convictions.

Both the U.S. Federal and Canadian courts have found top Scientology officials and the church guilty of charges such as burglarizing, wiretapping, and conspiracy against government agencies. (Time, 6 May 1991, p. 50) (Scientology: Science or New Age Cult?, last accessed July 5, 2009)

Critics have pointed out that “Scientology does nothing more than incorporate certain aspects of New Age pseudoscience, psychotherapy, and various occult practices into the ancient lie of promised godhood.”

Emile Durkheim has defined religion as “a unified system of beliefs and practices relative to sacred things”. Paul Tillich called it “the state of being grasped by an ultimate concern”.

The words “sacred” in the first definition, and “ultimate” in the second one provide us certain parameters that would help us evaluate any modern movement or institution that claims to be a religion. Judged by those standards, Scientology falls far short of a religion. 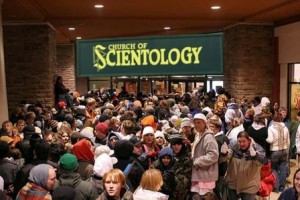 Islam is categorical about Prophet Muhammad (peace be upon him) as the final prophet of God; and about the noble Quran as the most complete and final testament of God. Therefore, from a Muslim point of view, any chance for considering a new prophet after Muhammad or a new divine scripture after the Quran for the status of ultimacy is ruled out.

Secondly, Scientology speaks little about God and says nothing of a Day of Judgment. It offers no model for a good life in this world. It altogether rejects the sovereignty of the Transcendent Law-Giver over the ephemeral world of phenomena.

The foregoing means that Scientology can only be considered a pseudo-religion and as such, it is of no appeal to anyone who is seeking God and the eternal life of happiness He has prepared for His righteous servants in the Hereafter.