aaa
Q "Islam is a progressive, scientific, and most human religion giving a balance aptitude." How far is this statement true?

One of the ploys being used at the moment by those who would present a distorted image of Islam is that Islam and Muslims are backward and that Islam, by its very nature, rejects progress.

They point to countries and regions where Muslims are in the majority and they show these countries as lacking in basic human rights and lagging behind the rest of the world, both economically and politically.

The blame for this, of course, is put squarely on the shoulders of Islam. We never hear these same voices, however, pointing at brutal and repressive regimes in, say, South America, and saying that the cause for this is Christianity.

Nor is Hinduism or Buddhism blamed for any country’s lack of progress in South East Asia. So why should Islam be singled out as being against progress? In fact, nothing could be further from the truth.

In the final sermon he delivered not long before his death, Prophet Muhammad (peace be upon him) spoke to the thousands of Muslims gathered before him and reminded them of the message he had been called to deliver.

This had been a quite revolutionary message. Extraordinary, too, had been Islam’s care for the status of women, guaranteeing their rights and their property in a way never before conceived.

The despicable practice of burying alive unwanted female infants had also been abolished by Islam. In a relatively short number of years after the Prophet’s death, slavery had been phased out.

One of the five pillars of Islam revealed by Almighty Allah was the obligation to pay zakah. This portion of every Muslim’s wealth was considered the right of the poor. It was not a charity to them, but it was their right. What a revolutionary way of re-distributing the world’s wealth. How, even today, the inequalities which exist in the world would be ended by the payment of zakah by all people.

As well as that, it provides a whole new way of looking at wealth and possessions. Men and women are seen as stewards of the world’s resources, which they hold in trust from Allah.

In a similar way, animals and plants are to be respected. They, too, are created by Allah and they give Him praise in their own way. Muslims are called to live in peace, not only with one another, but with the whole of creation. Ecologists and environmentalists have been seen as a phenomenon of the 20th century, when Islam introduced their agenda in the 7th century!

If Muslims are to be blamed for anything, it is perhaps that they have not spoken sufficiently loudly about the achievements of Islam over the centuries. How may people in the world today, for example, know about the advances in medicine, mathematics, and astronomy brought to the world by Muslims?

The medical studies of Ibn Sina, who is known to the world as Avicenna, were the standard textbook for medical students in the Western world until relatively recently. When Islam was present in southern Spain, in that golden age when Muslims, Christians, and Jews lived in peace in a society well in advance of anything which Northern Europe could ever boast of, Muslim scholars translated into Arabic the works of Plato and Aristotle.

The work of the Greek philosophers had been lost to European civilization, as it wallowed in ignorance in what were known as the Dark Ages. These new discoveries of the Muslim scientists were to form the basis of the European Renaissance. 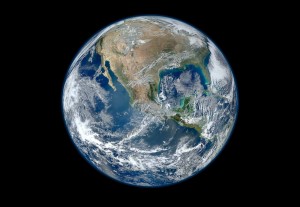 In our own day, too, Muslim scholars have worked to show how both the Noble Quran and the sayings of Prophet Muhammad (peace be upon him) contain scientific facts known to scientists only in the 20th century.

Knowledge about the universe and the human body, discovered only recently, has been there within the core of Islam since its very beginning. Those who would wrongly portray Islam and Muslims as strangers to education and science need go no further than Prophet Muhammad himself, who urged all Muslims to seek knowledge since it was so important. Muslim men and women are constantly urged to be the best they can be, educating themselves and developing their abilities.

The third and final prong of this fork used by the detractors of Islam, after they have talked about Islam as not progressive and not scientific, is to suggest that Islam is cruel and uncaring, with no regard for individuals.

We have seen how progressive Islam has been throughout the centuries in advocating the rights of men and women. We have seen that education and science are at the heart of an informed Islamic faith.

As well as being at home in the realm of research and study, Islam is also most humane in the way it deals with people. Muslims believe that Allah is merciful and compassionate and that He is both oft-forgiving and oft-pardoning.

They are urged to imitate these qualities of their Creator by showing mercy and pardon to those who offend them.

In war, Muslims are supposed to respect the rights of their opponents and are never to cause them any harm once they have been captured or have surrendered. Innocent civilians, or their property, are never to come to any harm.

In fact, we could go through the entire United Nations Declaration of Human Rights and find that Islam has always subscribed to these principles and more, long before the nations of the world woke up to them and formulated them into a charter.

Islam is really very simple. It teaches that Almighty Allah created all things and is in control of all things. The word Islam comes from an Arabic root that means both “peace” and “submission.” Muslims are called to submit their wills to the will of Allah. How could Islam, then, be against progress or science, when all knowledge and all discovery come from Allah Himself?

Muslims find peace in their lives by living in harmony with the whole of creation. They worship Allah and they care for all His creatures. Prophet Muhammad (peace be upon him) was the strongest of men, but he was also the gentlest and the most tender, quick to forgive. He laughed and joked with his Companions and he played happily with small children. 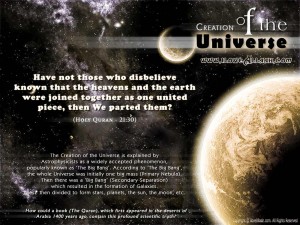 Islam, too, is most tender and most gentle. It is both beautiful and sweet. Islam has nothing to be ashamed of. If individual Muslims at times do not live up to the beautiful ideals they aspire to, the blame cannot be laid at Islam’s door.

Islam and Muslims need never fear any debate about progress or about science or about respecting human values, since Almighty Allah has guaranteed all of these in the Glorious Quran and in the life and example of His final Messenger. It is for Muslims, well-informed and proud of their faith, to let the rest of the world know this.