aaa
Q What is a suggested book that reflects how the Quran is in line with modern science?

One of the interesting resources on this subject is the objective and exhaustive study of French scientist, Dr. Maurice Bucaille published in his book, “The Bible, The Quran and Science (Le Bible, le Coran et la Science): The Holy Scriptures Examined in the Light of Modern Knowledge.”

The French scientist researched and analyzed subjects like the creation of the heavens and the earth, astronomy, the animal and vegetable kingdoms and the human reproduction. He compared the Quran with the old and new Testaments with regards to modern knowledge.

Dr. Bucaille concluded in his book:

“The Quranic Revelation has a history which is fundamentally different from the other two [scriptures]. It spanned a period of some twenty years and, as soon as it was transmitted to Muhammad by Archangel Gabriel, Believers learned it by heart. It. was also written down during Muhammad’s life.

The last recensions of the Quran were effected under Caliph Uthman starting some twelve years after the Prophet’s death and finishing twenty-four years after it. They had the advantage of being checked by people who already knew the text by heart, for they had learned it at the time of the Revelation itself and had subsequently recited it constantly. Since then, we know that the text has been scrupulously preserved. It does not give rise to any problems of authenticity.

The Quran follows on from the two Revelations that preceded it and is not only free from contradictions in its narrations, the sign of the various human manipulations to be found in the Gospels, but provides a quality all of its own for those who examine it objectively and in the light of science i.e. its complete agreement with modern scientific data.

What is more, statements are to be found in it (as has been shown) that are connected with science: and yet it is unthinkable that a man of Muhammad’s time could have been the author of them. Modern scientific knowledge therefore allows us to understand certain verses of the Quran which, until now, it has been impossible to interpret.

The comparison of several Biblical and Quranic narrations of the same subject shows the existence of fundamental differences between statements in the former, which are scientifically unacceptable, and declarations in the latter which are in perfect agreement with modern data: this was the case of the Creation and the Flood, for example. An extremely important complement to the Bible was found in the text of

the Quran on the subject of the history of the Exodus, where the two texts were very much in agreement with archaeological findings, in the dating of the time of Moses.

Besides, there are major differences between the Quran and the Bible on the other subjects: they serve to disprove all that has been maintained-without a scrap of evidence-concerning the allegation that Muhammad is supposed to have copied the Bible to produce the text of the Quran.

In view of the level of knowledge in Muhammad’s day, it is inconceivable that many of the statements In the Quran which are connected with science could have been the work of a man. It is, moreover, perfectly legitimate, not only to regard the Quran as the expression of a Revelation, but also to award it a very special place, on account of the guarantee of authenticity it provides and the presence in it of scientific statements which, when studied today, appear as a challenge to explanation in human terms,” (Bucaille) [1].

In addition to being a scientist/surgeon, Bucaille studied Arabic and the Quran to be able to thoroughly and objectively investigate the text. He also has some interesting video lectures where he discusses his findings. 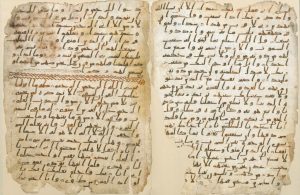 Here are some additional videos on the subject as well: