aaa
Q Assalamo Alaikom. Can you give a little bit of definition regarding al-falah (success) and al-khusran (failure) and its application to the individuals, groups, and organizations in Islamic perspective and in the light of the Quranic principles? Jazakum Allahu khayran.

Islam is a revolution. The first thing about a revolution is that it sets up new definitions, concepts and criterions to make the life of people better, easier and brighter.

Thus, Islam concerns itself with introducing definitions to every term and concept. The concept of gain and loss ( falah and khusran) is really interesting specially when we know that Islam considers life as a test and also looks to man’s life as a span for conducting a deal.

The Arabic term tejarah (trade) in the philological form requires two parties, because it is an activity where a person exchanges something for another thing. Some people even go to trade in people’s hopes, some others trade in honor and exchange it for anything.

Now, let’s get back to the concept of loss and gain as shown and explained by Islam. Islam makes it clear that, in the eyes of people, a loser is the one who loses some money or some worldly stuff.

The Quran gives a bunch of examples of people who were thinking of themselves and were thought of by others as being winners. However, in reality, they were real losers. The story of Qarun and the story of the man of the two gardens are two clear images of such people.

Qarun was a tycoon bewildered with his wealth and treasures and sinking to his heels in caring for them thinking that it is the real success to have treasures. Some people, watching from afar, wished once to have the same kind of success, assuming that this is the real bliss. Others who had true knowledge knew the equilibrium and said unto them in Surah 28, verse 80 what means:

{Woe unto you! The reward of Allah for him who believeth and doeth right is better, and only the steadfast will obtain it.}

Thus, when the days turned their back to Qarun and he reaped the fruit of his own machination, the new criterion was set and the whole issue showed who is the loser and who is the winner.

In the Quran, the fallacy of thinking that those who have might are the winners is totally cleared, since it is stated that the party of Allah, who are pious are always victorious and this is the real victory.

The Quran also speaks of some people who offer some good deeds and have lots of stuff but they lack faith in Allah and sincerity. It is those people who will come on the Day of Judgment, thinking that they have done something, while they have really lost everything. Almighty Allah brands them as the most unlucky and the greatest losers. The Quran states in Surah 18, verses 103 – 105 what means:

{Shall We inform you who will be the greatest losers by their works? Those whose effort goeth astray in the life of the world, and yet they reckon that they do good work. Those are they who disbelieve in the revelations of their Lord and in the meeting with Him. Therefore their works are vain, and on the Day of Resurrection We assign no weight to them.} 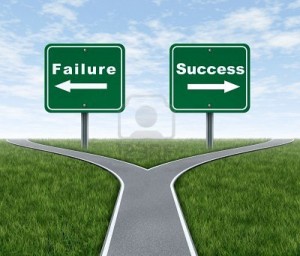 The Prophet, peace and blessings be upon him, tried once to show his Companions how to weigh people and how to see who is a real loser and who is a real winner. Thus, he asked:

“Do you know who is a bankrupt?”

Affected by the worldly criterions, they answered:

“To us, a bankrupt is the one who has no money or stuff.”

So, the Prophet said to them:

“A real bankrupt is the one who brings so many good deeds; fasting, Hajj, prayer, but alongside he brings with them slandering for this, backbiting that, beating such. People will thus gather around him to take from his good deeds in compensation of what he has done, till his good deeds are gone. By then, their bad deeds will be given to him till he ends up being cast into the Hell-Fire.”

People spend their lives, gaining and losing things, trading in so many things, but have they ever thought of trading with Allah? Have we ever thought of gaining from a trade where the profit is always ensured? Are you interested? Here is the deal:

Almighty Allah agrees with Mr. or Ms. X that the latter will do the following:

The Former will grant to the latter the following:

{O ye who believe! Shall I show you a commerce that will save you from a painful doom? Ye should believe in Allah and His messenger, and should strive for the cause of Allah with your wealth and your lives. That is better for you, if ye did but know. He will forgive you your sins and bring you into Gardens underneath which rivers flow, and pleasant dwellings in Gardens of Eden. That is the supreme triumph. And [He will give you] another blessing which ye love: help from Allah and present victory. Give good tidings [O Muhammad] to believers.}

Brother! Are you ready to sign the deal? Then start and read the Quran to know your duties and your rights

The equilibrium in short: 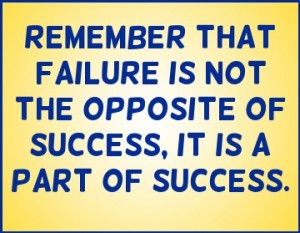 Man can lose everything, but he is still a winner so long as he does not lose himself or his relation with the Infinite Source of Power; Allah.

In the meantime, man can have the treasures of the world, but it will avail him not, if he is to lose himself.

Hoping that this answer is satisfactory. Thank you again for your question and please keep in touch.