aaa
Q Does the number 666 mean anything in Islam?

Thank you for this very interesting question and for contacting Ask About Islam.

First, it is important to understand how and why the number 666 even acquired significance in some cultures although it has absolutely no significance in Islamic theology.

The most prominent and direct origin of the significance for the number 666 is the one in the New Testament, which proclaims that the mark of the devil is the number 666:

[Here is wisdom. Let him that hath understanding count the number of the beast: for it is the number of a man; and his number is Six hundred threescore and six.] (Revelation 13:18, King James Version)

It is in the New Testament that 666 makes its appearance as the sign of evil, the Beast, the Devil, the Antichrist who marks the forehead or right hand of all as a sign of his supremacy.

Because Greek and Hebrew letters are associated with numbers, the letters of the name of Evil spell out the numbers 666. Some argue the sign is really 616, but 666, with its outsized numerological mysteries, seems to be the favorite interpretation.

Even among Christians and people of other faiths, there is disagreement as to the significance of 666 as being the number of the devil. But this brief background helps to give readers a better idea of why the number 666 even came to be important.

Second, with regards to Islam, the number 666, or any other number for that matter, has no significance whatsoever. In fact, Muslims have been warned from assigning significance or meaning to signs, symbols, and icons of any kind.

The religion itself demands absolute conviction and commitment to monotheism, that is, the unity and the oneness of Allah (God), and to the Quran and the teachings of the Prophet Muhammad (peace be upon him) as the authentic, unadulterated sources of Islamic teachings.

Muslims do believe there is a being known as Shaytan (Satan), who is an avowed enemy of mankind and whose sole purpose is to lead mankind astray, away from Allah, and tempt us to do evil. 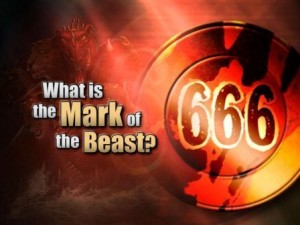 However, in Islamic teachings, there is neither a form nor a shape, nor a sign nor a number, nor an icon nor an idol associated with Satan. Further, Muslims are prohibited from engaging in any form of fortune-telling, divining, visiting soothsayers, or holding superstitious beliefs.

Finally, it is important to note that without exception, beliefs and ideologies that are man-made are prone to error, as they are entirely products of human imagination.

Therefore, the number 666 or any other such sign or symbol to which human beings have attributed significance or meaning, have little utility, if any, other than to lend a false sense of control and security to those who would believe in them.

For Muslims, comfort, solace, security, and peace all emanate from Allah — from faith in Allah (God) and from trust in Allah alone to be the best disposer of human affairs, as He is the loving Creator of us all. No numbers game, algorithm or formula, no matter how imaginative, can substitute for the power of God and God alone. And God knows best.