God states in the Quran that He has certain attributes such as seeing, hearing, hands and a face. However, it is important to remember that God has disassociated Himself from the limitations of both human attributes and the human imagination.

Thus, when we talk about God’s hearing, He does not hear with the same ears with which we hear. God’s hearing, both its apparatus and its scope, is beyond our imagination. We believe in these attributes but we do not try to compare them with what we understand about ourselves. God’s attributes are His alone.

However, God does want us to ponder and wonder about His names and attributes. We need to feel closer to God and we want to worship Him in the manner that He has prescribed for us, thus, God has asked us to call on Him by the names and attributes He has revealed to us.

Knowing God teaches us to love and fear Him. If we offer Him all our hopes, dreams and desires, we become sincere in all our actions.

There is no better way to know God than by pondering and understanding His Names and Attributes. When we think about the many aspects of God, we are able to see that He is the All Powerful, the One in whom all Power resides.

The All Hearing – As Samee’ 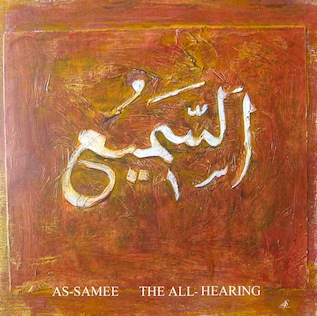 God is All Hearing, when we say the name, we affirm the name and the attribute of hearing and the implication that He hears everything.

God hears and answers the prayer of all those who pray to Him. He hears the ant as it walks across a leaf or the wave in the waters of the ocean gaining momentum to the crash onto the shore. God hears the birds as they praise Him and the rocks as they settle into formations at God’s bidding.

In our daily prayers, we say the phrase ‘Samia Allahu liman Hamidah’. By saying this, we acknowledge that God hears and knows the one who praises Him. When we focus on the act of hearing, and we try to understand God’s ability to hear everything, we are likely to change our behavior according to what we learn.

Hearing is a blessing from God and we can show our gratefulness by listening to the words of God and the words of Prophet Muhammad, and be guided and inspired by them. 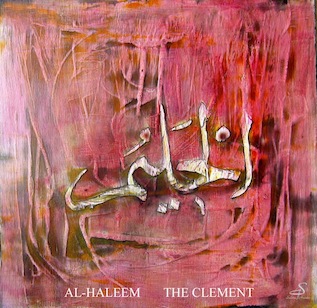 God is the One who lavishly grants blessings and favors to humankind despite their acts of disobedience. He could punish quickly and without mercy but instead He is gentle on those who disobey Him.

God is forbearing, He is patient and restrained in order that we might think about our actions and repent. God gives us opportunity after opportunity to make amends and to turn to Him for forgiveness. He gives respite and does not hasten to punish.

God is the One who is not overwhelmed or provoked. He does not hasten to punish the ignorance or disobedience of humankind. He forgives rather than punishes and when punishment is required, He gives each person many chances to repent and ask for forgiveness.

One of the great scholars of Islam described God, the Forbearing:

“Al-Haleem is the One Who keeps bestowing blessings, both visible and hidden, on His creation, even though they disobey Him and make many mistakes. So He forgives and does not give the sinners the punishment they deserve; He encourages them to repent and gives them time to turn to Him.”[1]

Kind words and forgiving of faults are better than Sadaqah (charity) followed by injury. And God is Rich (Free of all needs) and He is Most-Forbearing. (Quran 2:263)

The One Who is Always Near – Al Qareeb

God is close to all of His creation, through His immense knowledge and His awareness. We know, often from childhood that God is watching, and knows everything we do. 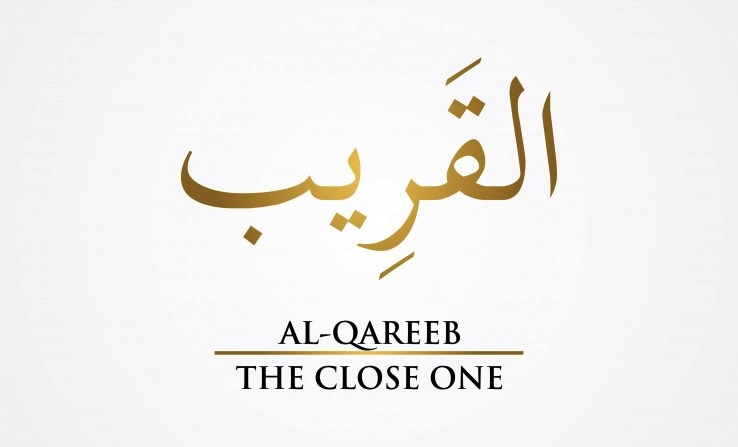 However do we really think about what that means?

As a child knowing that God is watching might stop us from taking that extra cookie; and as an adult it makes us think twice about misbehaving.

However the One, who is always near, Al Qareeb, is so much more than a policeman, frowning or smiling at our actions.

God, is close to those who worship Him, He gives assistance and comfort to those who cry out to Him, He supports them and answers their prayers.

God is witness to everything we are experiencing, and He understands. We can turn to Him wholeheartedly knowing that His response can be instantaneous because He is as close to us our jugular vein.

And indeed We have created humankind, and We know his inner thoughts, and We are closer to him than his jugular vein. (Quran 50:16)

As human beings, we have certain characteristics and particular needs. Our Creator knows these traits and needs well, and He knows that we are impatient wanting results immediately.

Whenever we have a problem, we turn to what we think will solve our dilemma quickly and more often than not, it is something in this worldly life.

When we reach out for something other than God, we are choosing to rely on something weaker and something that is further away.

Instead we should turn to Al Qareeb, the One who is there with us. Al-Qareeb is Near through His perfect hearing, seeing, and understanding of our every action, feeling or thought.

God’s Names and Attributes – Why They Matter?