How many of us rush through our prayer unaware that our hearts did not benefit from the prayer?
aaa

In every unit of prayer, Muslims stand before their Lord and recite the Opening chapter of the Quran. Nestled into the verses of this chapter is a crucial request:

Guide us to the straight path.

The previous articles in this series examined that path, emphasizing that it is not a single spot. It’s a series of infinite spots connected together to form a way. Like movement forward on a physical path, moving forward on this spiritual path requires effort—not only of the limbs, but also of the heart.

One of the essential teachings of Islam is that every person is born with a simple, spiritual truth already imprinted in his or her being: That God exists and that He alone is to be worshiped and obeyed.[i]

Just as dust covers a book forgotten high upon a shelf, at times in the history of humanity, this spiritual truth got covered up, hidden, obscured and sometimes even forgotten.

Islam teaches that messengers and prophets like Noah, Abraham, Lot, Ishmael, Isaac, Jacob, Joseph, Moses and Jesus were sent to metaphorically dust off that truth. They were to remind people of their covenant with their Creator, and to enjoin goodness and justice.

Prophet Muhammad was the last of these messengers and prophets. His mission sealed the long line of prophets. His legacy contained all that humanity would need to fulfill their covenant with God, to find and follow this “straight path.”

Importantly, the legacy of the Prophet Muhammad was not one of outward actions alone or of inward beliefs by themselves. It encompassed both. One beautiful hadith outlines the foundational pillars of his legacy, in a sense, marking the path for those who chose to follow it.

In this hadith, often referred to as “Hadith Jibreel,” [ii] the Prophet Muhammad was approached by a the Angel Jibreel who came in the form of a man and asked him several questions.

The first was to inform him about Islam. His response was that Islam was built on five: to testify that there is no object worthy of worship or devotion except Allah, to pray, to fast in Ramadan, to give charity, and to perform the pilgrimage of Hajj if one is able to do so.

Very often when thinking about Islam, we focus on these five pillars and stop there. We think of them as a to-do list, and once we’ve checked everything off, we go on with “life.”

But the teachings of Islam are not just relegated to the religious. Islam is described as a deen, an Arabic word that connotes all that a person does out of submission and worship for the Creator, inclusive of beliefs and worship, and also of intellectual, moral, and social realities. 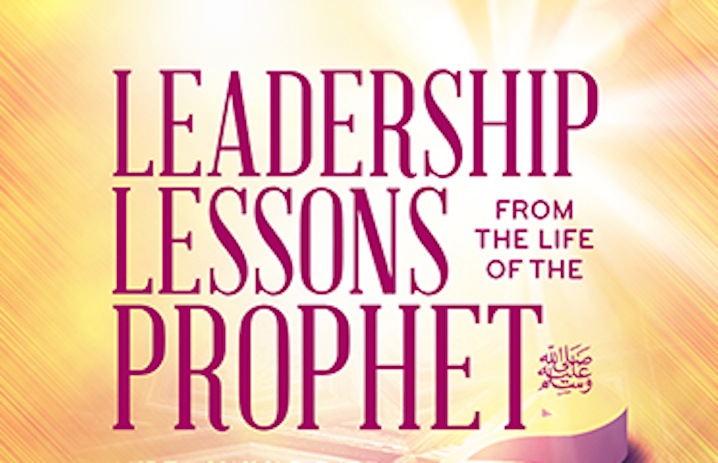 Thus, the Prophet Muhammad’s legacy, the straight path, is not just that we outwardly fulfill the actions outlined in the five pillars. The Prophet said Islam was built on these; if we stopped there, we’d have only pillars, and no building.

Few of us would ever move into a house that consisted of a foundation alone. We’d want a structure built upon that foundation, walls, doors, windows, and a roof. And we’d probably want to furnish the house and make it comfortable, perhaps even decorate the inside a little.

Understandably, the Angel Jibreel’s conversation with the Prophet (peace be upon him) did not end there. His subsequent questions, “Inform me about Imaan” connected these outward actions to the concept of belief or faith, and thereafter, “inform me about Ihsan,” to the idea that we should perfect whatever actions we do for Allah Almighty at both the internal and external levels.

At the end of the narration, the Angel Jibreel asked the Prophet about the Hour and its signs. The Prophet (peace be upon him) emphasized that all of these laid the foundation for one’s deen.

The flow of ideas in this beautiful prophetic narration is no coincidence. It emphasizes a very important principle in Islam: That every external action, whether religious or secular in nature, has an internal dimension.

Thus every action has the potential to transcend the physical realm and affect the state of the heart. Some actions reflect positively on the heart, helping it remain sound and aware of the truth within it. Others put a stain or blemish on the heart, and the heart is thus blinded by the degree to which it is covered.

It might make sense in theory that actions at the physical level affect us spiritually. However, understanding the practical implications of this isn’t always easy. How many of us rush through our prayer unaware that our hearts did not benefit from the prayer?

How often do we realize the effects the images we’ve seen, or the things we have heard have had on our hearts? What, if anything, can we do to connect our external realities with our internal ones?

Knowing the intent behind our actions is one of the first things we can do to help us make that connection. For example, I could perform prayer in perfect physical fashion to the outside observer. However, my prayer could be completely devoid of the focus and awareness that is meant to accompany it.

I could approach the prayer as if it were a burden, with the intent to check one more thing off of my to-do list. Rather than improving my internal state, my prayer has become merely mechanical, and I will no longer derive from it the intended benefit.

However, if I’m aware of the purpose behind the prayer, that it is meant to reconnect me with my Lord, Sustainer, and Provider. And to light my spiritual path in life, then everything changes. I no longer see the prayer merely as an obligation I should fulfill, but as a gift, a priceless opportunity to move forward on my spiritual journey.

The same applies to other acts of worship, like fasting, giving charity, and performing the Hajj. When we cultivate an understanding of why we do each of these things, of the imaan that fuels the act, and when we engage our hearts in the act and try to do it as beautifully as possible, we derive the most benefit from it. Instead of just a foundation, we become equipped to build an entire house, beautifully decorated on the inside and out.

Islam is not simply a religion. It is a holistic way of life whereby everything a person does is tied to his or her connection with the Creator. The Source of our spiritual Light and Guidance. The outward components of Islam are intricately tied to faith and belief and should be done in a way that is internally and externally beautiful.

[i] The Quran mentions this: “When your Lord took from the children of Adam – from their loins – their descendants and made them testify of themselves, [saying to them], “Am I not your Lord?” They said, “Yes, we have testified.” [This] – lest you should say on the day of Resurrection, “Indeed, we were of this unaware.” (7:172)