Abu Hurairah reported that the Prophet (peace and blessings be upon him) said,

“Allah will cover seven people with His shade, on the Day when there will be no shade but His:

We all need Allah’s shade. To be under Allah’s shade is to be protected by Him and be blessed by Him. We need His shade in this life and in the Hereafter. It is mentioned that the Day of Judgment will be a very hard and difficult Day. On that day everyone will be worried and will try to find some protection and shade; but there will be no shade on that Day except the special shade of Allah. This shade will be granted to seven special types of people:

It could be any person who has some authority and he/she uses this authority with justice and fairness without any favoritism or prejudice. Justice is the command of God for all people; but the most critical is the doing of justice when one has power and authority. More difficult is, of course, dealing justly with those who show hate and animosity towards you. A just person, especially a just leader or ruler, is given number one place in this list of seven.

2. A young person growing up in the worship of Allah: 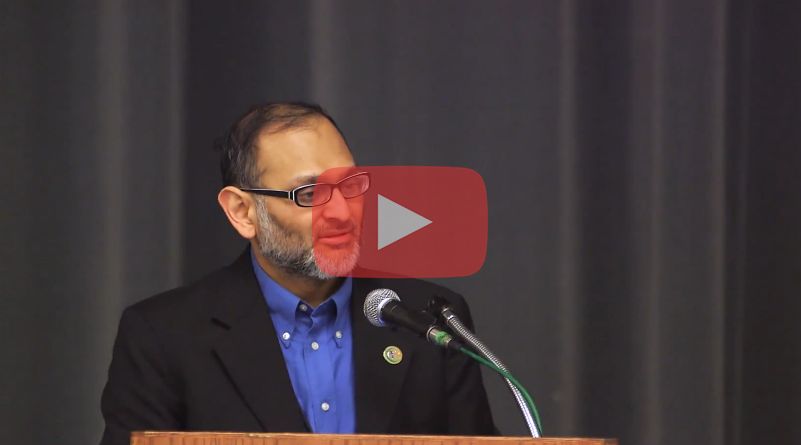 Investing in Youth Development: Why and How?

Many people become devoted to Allah when they grow old. In the old age when the body becomes weak, people start paying attention to the spirit.

However, to be conscious of one’s spirit and growing up as a youth in the obedience of Allah bring a special honor and blessings.

3. A person whose heart is connected to the mosque:

Literally it says that the heart is hanging (mu`allaq) in the mosque. Imam Malik explained that it was a person who when he leaves the mosque, looks forward to coming back again soon. Normally people’s hearts are attached to their jobs, business and home. Mosque is not the priority for many people. However, those who love the House of Allah and keep it as their priority are the blessed people and they shall receive the special favor of Allah.

4. Two people loving each other for the sake of Allah:

One should be friendly to all people and deal with all people in a kind and courteous manner. However, the friendship for the sake of Allah, for the reasons of piety and goodness is a very blessed friendship. This is a sincere friendship and when two or more people become attached to each other for Allah’s sake they bring a lot of good to themselves and to those around them. This is a kind of friendship that generates goodness in the world and is especially blessed by Allah.

5. A person of solid moral character: 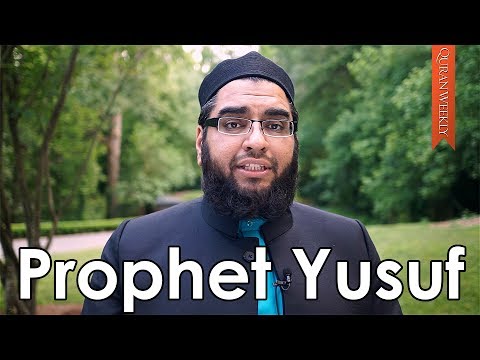 When a Prophet Is Jailed…. How Yusuf (PBUH) Coped

The Prophet gave an example of this solid character. He said a man tempted for illicit relationship by a woman who is beautiful and rich, influential or of a prestigious family (the word “mansib” means all these things in Arabic) and he refuses.

Imam Ibn Hajar says that this is not limited to a man only who is tempted by a woman; it equally applies to a woman who may be tempted by a man who is very beautiful, powerful and rich and she refuses and says “I fear Allah.”

It requires a lot of moral strength to refuse temptation when the other partner is attractive, rich, and not only consenting but persuasive. Those who have such a strong character are indeed under the protection of Allah.

6. A person of charity who does not show off his/her charity:

A person gives charity in such a way that even his left hand does not know what his right hand has done. This is a very powerful and beautiful way to say that a person gives quietly, discreetly and with sincerity. His/her purpose is not to show off, seek publicity, name or fame; but only to please Allah. This is the highest kind of charity and it has a special reward and blessing from Allah.

7. A person who remembers Allah privately with eyes filled with tears:

Thinking of Allah, repeating His Beautiful Names, thanking Him and praising Him, these are the ways to remember (dhikr) Allah. Doing the “dhikr” alone in one’s privacy, when no one is watching, with moving heart and tearful eyes is a sign of sincere faith and deep love of Allah. Those who have the love of Allah, they are indeed under His shade and protection.

All these seven characters are deeply moral and spiritual characters. They indicate a person’s faith and sincere commitment. They are related to feeling, thinking, speaking and action. These are true characters of sincere believers. We pray to Allah to bless us with these characters and with his shade in this world and also in the Hereafter. Ameen.

Taken with slight modifications from the authors’ Book Seeking Peace