The closer to Allah a person gets, the more overwhelmed, more benevolent, more tranquil and, at times, even more introvert he becomes.
aaa

Prophet Muhammad (peace be upon him) is reported to have said that:

The reward of deeds depends upon the intentions and every person will get the reward according to what he has intended (Sahih al-Bukhari).

Based on the above, it is incumbent on each and every Muslim to comprehend the meaning of communication with Allah as means of connection between people and their Creator and Master, and as the process of conveying intended meanings and messages from one “side” to the other through the use of prescribed ways and means.

Such communication helps man elevate himself from the stifling confines of the body, matter and this world, to the ultimate freedom and endless potential of the soul and its transcendent realm.

It sets man on a journey of self-actualization. It makes him genuine and real. It makes him realize that he is not alone in the maze of life where, without Allah’s light and guidance, nothing makes sense, nor appears heartening and uplifting.

It saves him from the dreadful prospect of living and dying as nothing and nobody, presenting him, instead, with a wonderful opportunity to become somebody at as high a plane of existential reality as the heavenly scheme of things, and to never really die. 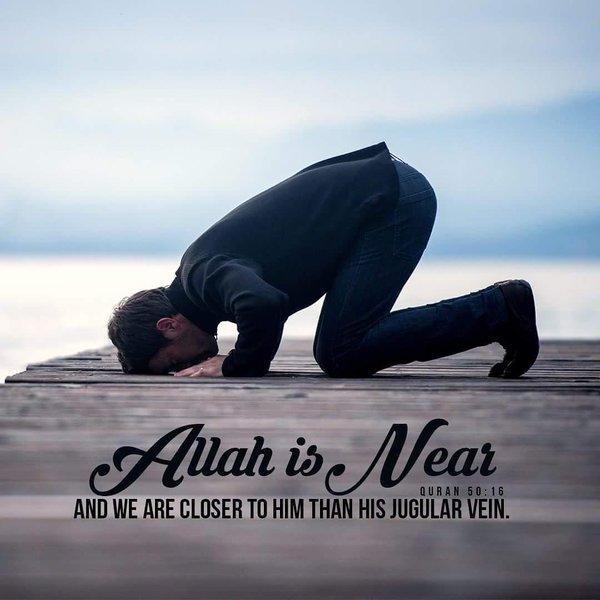 Furthermore, such communication helps man come fully to terms with who exactly he is, what exactly life is, and, of course, who exactly Allah is. The most important knowledge from this three-pronged, or trifurcated, realization is that Allah is man’s Lord, Guardian and Helper. He is near to him with His knowledge, power and compassion whenever he supplicates or calls upon Him.

Allah even says that He is nearer to man than his jugular or neck-vein, which could mean that Allah knows the inmost desires and motives of man even better than man does himself, and that Allah knows more truly the innermost state of man’s feeling and consciousness than does his own ego.

A believing man confidently knows that he has Allah in his life. It is Allah Who is on his side. He administers his life affairs, steering them to what is best for him in both worlds. Fully aware of Allah’s constant presence, yet “nearness”, such a man via relentless communication patterns relies on Allah and fully entrusts his soul, yet his total being, to Him and His Will. He then lives happily in peace.

By the same token, whenever he prays, thanks, supplicates, remembers, beseechs or implores Allah, a believing man knows the weight and profundity of “You” and “He”, which he extensively articulates in his communication models. He knows that he talks to the One Who is “near”, listens and responds; Who is nearer to a man than the man to himself.

It is in this context that Allah says in the Quran that supplications should be made humbly, silently and not loudly:

The Prophet also admonished some people who raised their voices while supplicating:

Be merciful to yourselves (i.e., don’t raise your voices), for you are not calling a deaf or an absent one, but One Who is All-Hearer, All-Seer. The One Whom you call is closer to one of you than the neck of his animal (Sahih al-Bukhari).

It follows that if a person feels he has to pray or supplicate loudly, lest he might be unheard or misunderstood, he needs to examine his faith, for there are, surely, some serious flaws in it. 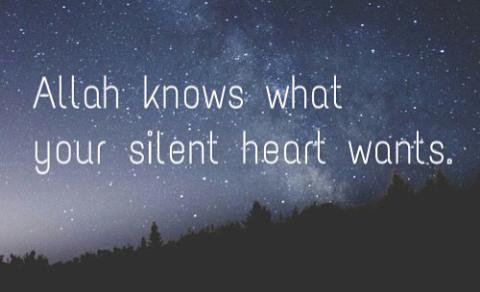 Life is all about drawing closer to Allah and feeling how near He with His Knowledge, Might, Compassion and Munificence, is.

The closer to Allah a person gets, the more overwhelmed, more benevolent, more tranquil and, at times, even more introvert he becomes. His total being becomes engrossed in enjoying and “feasting” on the boons generated by his spiritual triumph. He increasingly loses interest in frivolous and worthless things and pastimes, regarding them as serious distractions and deviations. They tend to rob a person of his most precious moments, experiences and opportunities.

His communication patterns with his beloved Creator and Master then becomes impeccably effective and high-yielding. Most of the time, such patterns do not exceed the softness of the whispers, even though the whole spiritual kingdom resonates with them.

Such is the relationship between Allah and His true servants that sometimes the mere vibrations of their hearts, or the reflections of their minds, connote the most potent, most effective and most hearkened supplications.

Outward silence is often the best communication mode. Indeed, a believer’s heart is a place that effectively never sleeps, and is always connected with the highest spiritual order of things, meanings and experiences. The closer to Allah he gets, the quieter, more inaudible, more discreet and more tranquil in his worship activities he becomes.

This paradigm applies to any relationship with individuals who genuinely love and care for each other. They are often seen not talking much to one another, and when they do, they do so softly and quietly. They simply whisper, or speak in undertones, to each other.

This is so because their hearts are together, and are one. And it is right in their hearts that most of their communication unfolds and mutual understanding takes place. Their united hearts talk, though the separated physical bodies appear still and silent. Regardless, they perfectly understand each other.

On the diametrically opposite side stand relationships with individuals who gravely misunderstand each other. They often, as a rule, quarrel, screaming and shouting at one another. They do so because, even though they are physically side by side, their hearts are worlds apart.

They recognize that very well and so, feel they have to scream and shout. They know, no matter what, they will not be heard by the one(s) on the other side. Hence, such squabbles never solve anything. They are simply vain attempts to out-scream and out-shout one another. There is rarely any room for reason and sanity in such situations.

Prophets’ Calling to Communication with Allah

Owing to this importance of communication with Allah, each and every prophet’s mission paid special attention to it. Communicating with Allah was seen as a logical, plausible and natural process, for Allah is a Personality (Huwa or He) — not a mere abstract conception of philosophy — with a Nature of His so sublime that it is far beyond our limited conceptions; He exists, but in such a way that He is the Ever-Living, Self-Sustaining; He created and sustains the world; and He sent prophets to mend people’s ways and create for them suitable communication patterns with their Creator and Master.

For example, when Prophet Ibrahim (Abraham) confronted his unbelieving and rebellious people, he among other things tried to bring home to them the inappropriateness and danger of polytheism. His focus was the delusion, futility, uselessness and unresponsiveness of their home-grown idols and deities. They simply could not communicate in any way, nor could they benefit or harm anybody. They were but a fragment of dead matter to which only mentally incapacitated and spiritually dead individuals could be devotedly attached:

Ibrahim said to his father, an idol-maker:

O my father! Why do you worship something that can neither hear, nor see, nor yet profit you in any way? (19: 42).

This is a segment of Ibrahim’s discussion with his polytheistic people:

“Ibrahim, are you he who has done this to our gods?” He answered: “Rather it was this supreme one who has done it. So ask them, if they can speak.” Thereupon they turned to their (inner) selves and said (to themselves): “Surely it is you who are the wrong-doers.” Then their minds were turned upside down, and they said: “You know well that they do not speak.” Ibrahim said: “Do you, then, worship beside Allah a thing that can neither benefit you nor hurt you? Fie upon you and upon all that you worship beside Allah. Do you have no sense?” (21: 62-67).

Ibrahim also said to his people concerning their fraudulent gods and their inability to communicate:

And about Allah, his Almighty Creator and Lord — with Whom Prophet Ibrahim enjoyed such a close relationship that Allah said that He took him for a friend (khalil) – Ibrahim said that it was He:

Who created me, and it is He Who guides me; Who gives me food and drink, and when I am ill, it is He Who cures me; Who will cause me to die, and then will bring me back to life; and Who, I hope, will forgive me my faults on the Day of Judgment” (26:78-82).