“Suddenly an exclamation startled me. I turned around. Poirot was holding his head in his hands and rocking himself to and fro apparently in an agony of woe.

“‘Good gracious, Poirot, what is this light that has suddenly burst upon you?’

“‘Wait – wait – do not speak. I must arrange my ideas. Rearrange them in the light of this discovery so stupendous.’”

Hercule Poirot, the most brilliant detective among Christie’s collection of brilliant detectives, a man with an egg-shaped head, green eyes and little grey cells of the first order, often goes through such an agony, especially at the end of a novel, when he suddenly realizes how the crime had been committed.

The concept of seeing and its various elements – light, darkness, vision, blindness, the eyes themselves, the lamp that is the source of light – are used as a metaphor for the concept of understanding, both in English and in Arabic.

We find this extensively in the Quran. Allah says, for example, about the people who do not listen to reminders:

In fact, for the person who turns a blind eye to Allah’s guidance in this world, Allah will make him blind, physically blind, on the Day of Judgment:

‘And whoever turns away from My remembrance – indeed, he will have a depressed life, and We will gather him on the Day of Resurrection blind.’ He will say, ‘My Lord, why have you raised me blind while I was [once] seeing?’ [ Allah ] will say, ‘Thus did Our signs come to you, and you forgot them; and thus will you this Day be forgotten.’ (20:124-6)

These ideas of light and darkness, of sight and blindness come so often in the Quran that they should catch our particular notice.

Let’s take a look at what the Quran tells us about seeing. 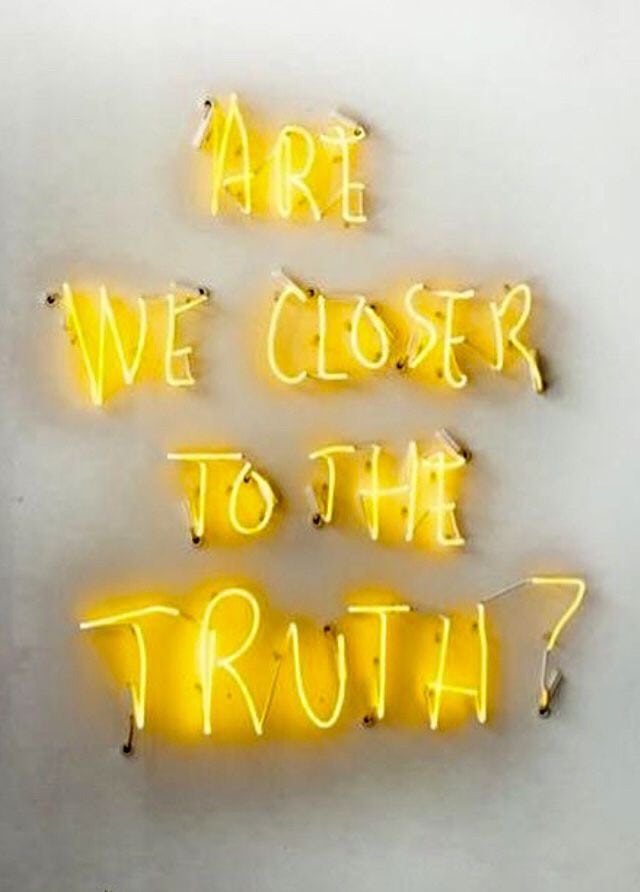 How Do I See my True Path?

Often in our daily lives we are forced to make decisions, to choose between several paths. Should I spend my money in paying my pending electricity bill or in buying a Netflix subscription? Should I keep my savings in an interest-based bank, or should I invest in my friend’s clothing business?

Harder still, should I forgive my friend for stabbing me in the back, or should I teach her a lesson so that no one else suffers like me? Which would be more pleasing to Allah? Which would lead me a step nearer to Paradise?

In order to see the right way through this world and to Paradise, the true path that leads us to Allah’s pleasure, two crucial elements must come together – an internal capacity – eyesight – and an external power – a light source. You can’t see anything in the dark even if you have the most brilliant eyesight. And without eyesight, the brightest light is of no use to you.

Allah calls Himself ‘the Light of the Heavens and the earth’. He calls His revelation ‘Light’. And He calls our eyesight ‘Light’. The Prophet called the salah (prayer) ‘light’. (Muslim 223)

Light is that which enables us to see the way. Light is the remembrance of Allah.

Allah is the ally of those who believe. He brings them out from darknesses into the light. And those who disbelieve – their allies are Taghut. They take them out of the light into darknesses. Those are the companions of the Fire; they will abide eternally therein. (2:257)

How does Allah bring someone into light?

[This is] a Book which We have revealed to you, [O Muhammad], that you might bring mankind out of darknesses into the light by permission of their Lord – to the path of the Exalted in Might, the Praiseworthy. (14:1)

In summary, anything that brings us closer to Allah – the Quran (at the foremost), the Sunnah, any form of dhikr or dua – is light.

Read: The Verse of Light – How God Guides to His Light

But not everyone is able to benefit from this light – only “those who pursue His pleasure”:

O People of the Scripture…. There has come to you from Allah a light and a clear Book. By which Allah guides those who pursue His pleasure to the ways of peace and brings them out from darknesses into the light, by His permission, and guides them to a straight path. (5:15-16)

Who are these people? They are those who have the internal capacity to use that light.

In the very introduction of the Quran, Allah tells us that it is guidance for only the muttaqin, those who constantly have taqwa (consciousness of Allah).

The people of taqwa have an active conscience, a living heart, and correct eyesight. If Satan whispers to them some evil, or makes them sin, all they need is some light and – flash! They can see again.

Indeed, those who are aware of Allah [alladheena ittaqau] – when an impulse [taif] touches them from Satan, they remember [Him] and at once they can see. (7:201)

This remembrance of Allah is the ‘light’ we discussed in the previous section.

But there are some people who, despite having this light, can’t see. They don’t have the internal capacity to use that light. Allah says about them:

And if you invite them to guidance, they do not hear; and you see them looking at you while they do not see. (7:198)

Indeed, those who disbelieve – it is all the same for them whether you warn them or do not warn them – they will not believe. Allah has set a seal upon their hearts and upon their hearing, and over their vision is a veil. And for them is a great punishment. (2:6-7)

Allah says about the hypocrites:

Their example is that of one who kindled a fire, but when it illuminated what was around him, Allah took away their light and left them in darkness [so] they could not see. Deaf, dumb and blind – so they will not return [to the right path]. (2:17-18)

Even though they do have fully-functioning eyes, they still don’t see; even if you flash the light of guidance on their face, they’re still in the dark.

What prevents them from seeing? What is that barrier or a veil that covers their eyes? Where does it come from? Is there a way of removing that barrier?

We will shed some more light on this in part 2 of this article in sha’ Allah.