When I look back on my life, I often think about how it could have all gone so terribly wrong if I had only gotten what I wanted.

If I had been independently wealthy, I wouldn’t have worked so hard to get an education.

It is the path that we don’t want to take that turns out to be the best for us in the long run. It is the flat tire that made us avoid getting involved in a deadly accident or the waitress bringing us the wrong order that allowed us to avoid getting food poisoning that are the blessings.

The hard part is recognizing that things not going the way we wanted them to is a blessing in disguise.

Nothing taught me more about blessings in disguise than being a pediatric medical assistant. In this position I was tasked with giving the shots for the well patient check-ups.

Giving shots to little babies was only traumatic for me and the parents. The baby would smile and coo at me, having no idea what was about to happen. Then once the sharp needle pierced the skin the baby would cry for a moment, and then go back to smiling and cooing.

As the child got older and started to understand and remember, giving shots was an entirely different story. Around the age of 2 years, and often earlier, children would scream, kick and struggle to get out of getting shots. All they could think of was the pain from the previous shot.

Most children thought I was trying to harm them and couldn’t understand why their parents were complicit in this. They felt betrayed and trapped because prevention of disease was a concept that the child could not grasp.

Now, could the child grasp the concept that was only done for his sake. It was a blessing for him to be able to receive the shots, but he saw it as a tragedy. 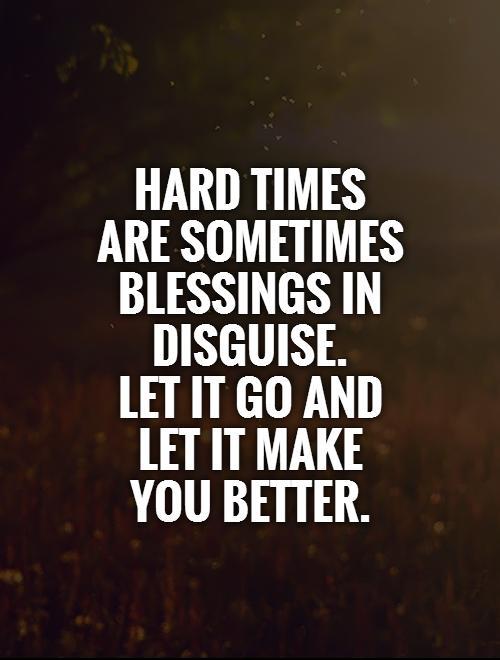 The child has a narrow view of the world. He cannot understand that the shot’s pain is only small and temporary, but will prevent disease that can cause pain and suffering that is markedly worse.

He cannot see past the pain, and in focusing on the pain, the child panics and makes the shot even worse in his own mind.

Even though we can understand the concept of disease prevention, the adult is not much better at seeing past his or her small scope.

And often we have a hard time thinking bigger than a small pain right now that prevents bigger pain and suffering later. We even make our suffering worse by only focusing on the pain it causes like the child getting the shot.

We often fail to remember that blessings always come out of hardship. If it wasn’t for the fire, the forest would rot and die.

And if it wasn’t for the rain, we would never see the fruit of the earth.

If it wasn’t for the hardship in our own lives, we wouldn’t become stronger people.

What Allah and the Prophet Have Said about Blessings

Even a small thing like a fever is really a blessing. The Prophet Muhammad (peace be upon him) said:

Allah removes the sins of a Muslim for his illness as fire removes the dross of gold and silver. (Abu Dawud)

And like the fever being a way to purify us, everything we suffer is a form of good. The Prophet said:

I am amazed by the believer. Verily, Allah does not decree anything for the believer except what is good for him. (Muslim)

A mighty reward is associated with a large affliction. Indeed, when Allah loves a people, He afflicts them in trial. Thus, he who is pleased, for him is (His) pleasure, and as for him who is angry, for him is displeasure. (At-Tirmidhi)

Allah tells us in the Quran that the difficulty He places on us is so that it can make us better people:

Allah does not want to place you in difficulty, but He wants to purify you and to complete His favor on you that you may be thankful. (5:6)

Acceptance of Allah’s Plan for Us

In my time in the medical field as the bearer of shots, every now and then there would be a child that was so calm and accepting of the situation that it would surprise me.

We should all strive to be more like the child who is calm and accepting of the shot, but on a much grander scale.

Also, we need to understand that even if we cannot perceive the blessing, we should still trust that Allah knows what He is doing and He only wants good for us.