We give up on ourselves. We lose hope in us while God does not. He has given us a stretch till the end of times.
aaa

Man either finds himself caught in his own traps or is busy weaving one for himself.

There are things we think we cannot control. And we lose ourselves in the chase.

When all senses escape and reasons die. There is a ditch we keep falling into over and over again. And there is such sweet compulsion in its momentary solace. Our sins. The ones we keep going back to.

For a believer, the realization that he has just done something unacceptable is punishment enough. We are disappointed in ourselves, and that’s when we don’t want to face it.

Usually when you dissatisfy someone you happen to care about, you cannot look them in the eye. You hide yourself in a corner and brood about it.

And when a person with a conscience has a misconduct, he is much disappointed in himself. And he thinks he has disappointed the Almighty at the same time.

Hence, he spirals down the depths. A voice in his head tells him he shouldn’t come crawling back to God– not after all that he has done. And so, this person sentences himself to misery, consequently committing more sins in despair that his damage is beyond repair.

In a word, no. This is another ruse laid by Satan to pull us away from the only Being whose Mercy could comfort us.

Say: “O my Servants who have transgressed against their souls! Despair not of the Mercy of Allah: for Allah forgives all sins: for He is Oft-Forgiving, Most Merciful. (39: 53)

Taking guilt trips is natural. Coming back sheepish and shame-faced is good as well. A blessing, in fact. As long as these emotions are channeled positively, they can be our ticket to salvation.

I remember a friend saying once that she dares not ask anything of God Almighty since she had never taken His commandments seriously or followed them. And neither can she help the way she is. The thing is, we give up on ourselves. We lose hope in us while God does not. He has given us a stretch till the end of times.

The Pharaoh, who perhaps still tops the list of evil, was given all the chances till his death. The instructions that God gave Prophet Moses (peace be upon him) before he set out on his journey, carried a message of second chances for the ruler.

Go to Pharaoh, verily, he has transgressed all bounds (in crimes, sins, polytheism, disbelief). And say to him: “Would you purify yourself (from the sin of disbelief by becoming a believer)? (79: 17-18)

How can we then say we stand no chance? It would be wrong to confuse people’s anger with the Almighty’s. His forgiveness is unparalleled. And ends only with this dimension:

And turn in repentance and in obedience with true Faith to your Lord and submit to Him, before the torment comes upon you, (and) then you will not be helped. (39: 54)

A couple of weeks back, it so happened that I had lost hope in myself as well. I had this bad habit that I thought I couldn’t leave and every time I would repent from a sin, I’d feel like I’m mocking the whole concept of repentance. I’d seek forgiveness of the same thing time and time again that it felt like some sort of a joke.

In the end, I stopped repenting altogether and would direct all anger towards myself for being so weak-willed. It was then I realized that’s the whole point of repentance “tawbah”.

It is, in essence, to keep turning back to God for all our shortcomings. And this is exactly what God the Almighty loved the most about His Prophet Job (peace be upon him). And He says:

There is no reason why we shouldn’t turn back to God immediately after realizing we made a mistake. The point that we all miss is that God actually prefers the one who sins and repents over the one who does not sin at all.

And God is highly fond of forgiving misdeeds, considering that the repentance is meaningful. 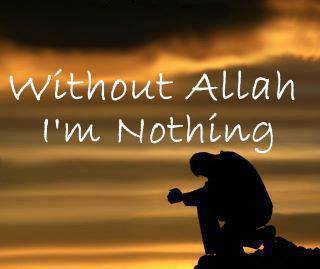 “The Messenger of Allah reported from his Lord that a servant committed a sin and he said:

“O Allah, forgive me my sins.”

“My servant committed a sin and then he came to realize that he has a Lord Who forgives the sins and takes to account (the sinner) for the sin.”

He then again committed a sin and said:

“My servant committed a sin and then came to realize that he has a Lord Who would forgive his sin or would take (him) to account for the sin.”

He again committed a sin and said:

God Almighty said: “My servant has committed a sin and then came to realize that he has a Lord Who forgives the sins or takes (him) to account for sin. O servant, do what you like. I have granted you forgiveness.” (Al-Bukhari and Muslim)

So they have it right: forgiveness truly is Divine.