“Postponing good deeds until you have free time is an indication of an immature soul.”

In other words, there is nothing called “I do not have time.” The deeds we are talking about such as prayers, remembering God, reflection, all need time. However, sometimes one postpones them and says “I will do them tomorrow, next week, next month, next year, or next Ramadan.”

Ibn `Ata’illah describes this attitude as an indication of an immature soul, i.e. this person is demonstrating a folly of the self because you can do everything you want to do if you have a strong will and time will help you a lot.

However, it is a matter of priorities. You leave home in the morning and you have a specific number of hours to do a certain number of tasks. You will do what is important first, then what is less important. Then you decide to postpone the remaining tasks until tomorrow saying that:

{God does not burden any human being with more than he is well able to bear.} (Al-Baqarah 2:286)

If you have ten minutes, for example, and you have many things to do including the prayer, then you have to perform the prayer first. Sometimes worldly affairs take priority today, tomorrow, next week, next month, and religious affairs are always postponed. Even the prescribed acts of worship are not done by some people because they claim that they do not have time.

Such procrastination is unacceptable. Every Muslim should seize time and make the best use of it.

If you are in the habit of reciting a portion of the Quran or some dhikr (remembrance of God) everyday at a specific time and you have to go out for work, seize the time while riding the bus or the train and recite the Quran and mention God. 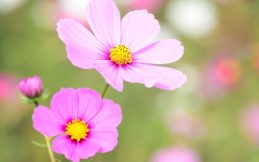 I know of a number of brothers and sisters who memorized the Quran while riding a bus or a train on their way to work or back home.

People in developed countries usually read a book or a story while riding a bus or a train. While revising this paragraph I was in the train in London. The train is crowded but it is very quiet. Everybody around me is either reading or writing even if they are standing in the train.

If people are making the best use of their time for worldly affairs, the Muslim should be very keen to seize his or her time for religious affairs.

One has to set his priorities and start with what is more important. God’s right should be carried out in the best way. According to Shariah rules, people’s rights and trusts are more emphasized than God’s abstract right.

This does not mean that we care about people’s rights and neglect God’s right. We should seize the time and strike a balance between the two rights. Procrastination is an indication of an immature soul which has been deceived by Satan. Almighty Allah says,

We ask Allah the Almighty to help us make the best use of our time in what pleases Him.