Almighty Allah as the Creator communicates with His creation. He does so in various ways most of which are unknown to man. He informs us through His revealed Word, the Holy Quran, for example, that He communicates with the heavens, the earth, mountains, the fire, hellfire, animals, etc.

Allah communicates with man, His vicegerent on earth, too. He said:

It is not fitting for a man that Allah should speak to him except by inspiration or from behind a veil or by the sending of a Messenger to reveal with Allah’s permission what Allah wills, for He is Most High Most Wise (Quran 42: 51).

Allah communicates with man through the Quran. He conveys to him commands, proscriptions, a guidance and an explanation of a great transcendent truth. He does virtually the same through the sunnah, or the life-pattern, of Prophet Muhammad (peace be upon him), which encompasses his teachings, deeds, sayings and silent permissions or disapprovals, for:

He did not speak out of his own desire; that (which he conveys to you) is but (a divine) inspiration with which he is being inspired (sent down to you) (Quran 53: 3-4).

Moreover, Allah communicates with, and conveys various meanings to, man via incalculable signs He had embedded in each and every aspect of His creation: from the grandest to the humblest and most ordinary. The signs permeate and dominate not only elements of the multitiered physical creation, but also the whole of man’s existence, his society, civilization and history.

And how many signs in the heavens and the earth do they pass by? Yet they turn (their faces) away from them! (Quran 12: 105).

The truth contained in revelation (wahy) is essentially the same truth as contained in the working of Allah’s providence in human history and the history of individual souls, as well as in the physical and metaphysical signs scattered literally throughout creation.

Lastly, Allah communicates, to some extent, with man through his fitrah as well. The fitrah is the natural disposition, inclination and sound human nature that Allah instilled in mankind. According to a verse from the Quran (7:172), Allah took from the loins of Adam his progeny like tiny particles, and made them testify concerning themselves that He was their Creator and Master. Every new born in this world is born with this covenant and affirmation. 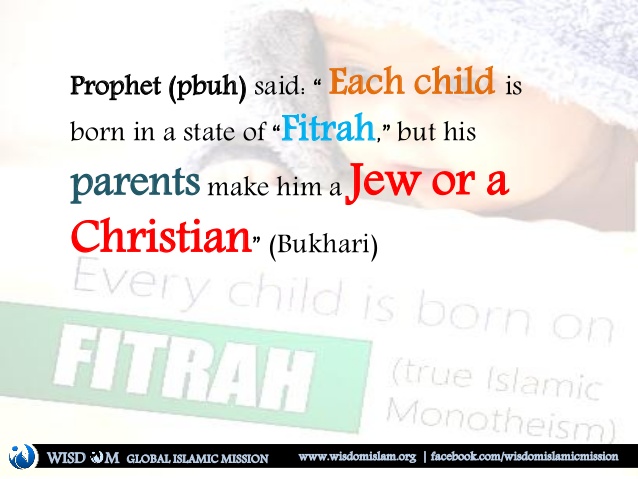 Everyone is initially free of any false beliefs, and will always enjoy a disposition towards goodness and sound beliefs — regardless of his adopted behavioral patterns — while at the same time innately disliking evil, deceit and falsehood.

However, communication between man and Allah is not to be a one-way model.

Just like any other communication type, this type of communication, likewise, ought to be a two-way process, in order that it remains productive, meaningful and strong, insofar as man, the recipient of Allah’s communicated Word and Message, is concerned.

Thus, Allah afforded man a number of opportunities to reciprocate both His direct and indirect communication initiatives. Man is asked to pray five times a day, supplicate, remember, praise, glorify and sing praises to Him, at certain appointed and recommended times, or whenever and wherever he feels disposed to do so.

Similarly, man can contemplate about Allah: His Holy Attributes and His creation, acknowledging the Master’s infinite power, supremacy and greatness, as opposed to his own insignificance and smallness, prompting his restive soul to scream out:

Our Lord, not for naught have You created (all) this! Glory to You! Give us salvation from the penalty of the fire (3: 191).

Certainly, it is no coincidence that these words are preceded by the following:

Men who celebrate the praises of Allah standing sitting and lying down on their sides and contemplate the (wonders of) creation in the heavens and the earth… (3: 191).

Or, man can open up his heart at anytime and anywhere and simply talk to his Creator and Cherisher about any topic and in any language. Allah says:

And if My servants ask you about Me — behold, I am near; I respond to the call of him who calls, whenever he calls unto Me. Let them, then, respond unto Me, and believe in Me, so that they might follow the right way (2: 186).

The Significance of Communication with Allah

Indeed, man needs special communication skills to make his relationship with Allah work. This is especially so because man is created but to worship (know and serve) Allah (51:56); that is to say, the innermost purpose of man’s creation is to become cognizant of the existence of Allah and to consciously as well as willingly conform his own existence to Allah’s will and plan.

For man, life is all about knowing, worshipping and serving. However, these, in actual fact, are but different names for man’s incessant and pulsating communication with Allah, which comes to pass with various degrees of meaning and intensity, and at various levels of man’s physical, rational and spiritual presence. 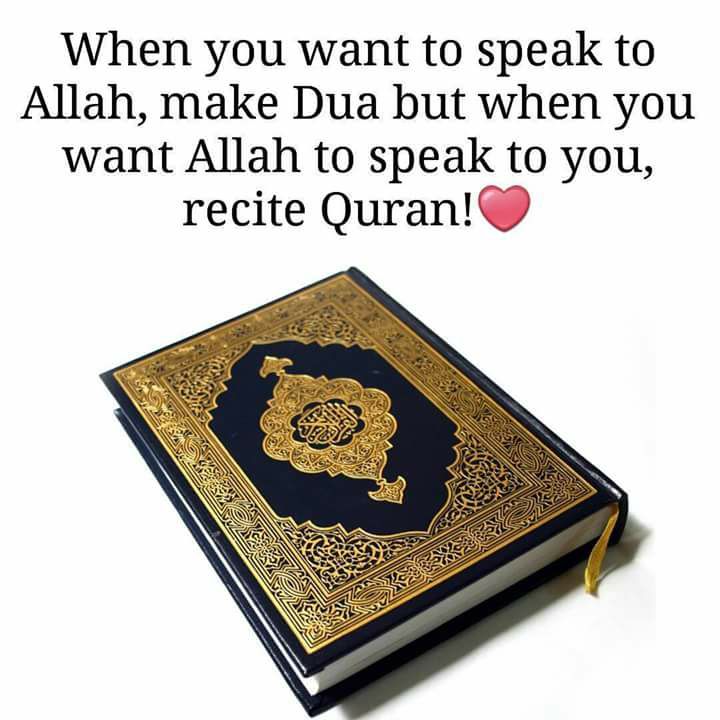 It is on account of this that it is said, for instance, that reading the Holy Quran means letting Allah speak to a person, a form of communication the content of which should be properly comprehended, reflected on and then, duly acted upon. In other words, a reader, or reciter, of the Quran should perceive himself as being instructed, directed and meticulously guided thereby.

Performing daily prayers, furthermore, is to be understood as talking to and conversing with Allah, in which case man plays the role of an active participant under the aegis of divine inspiration and guidance. While performing prayers, a person should understand that he in his capacity as mortal servant has the privilege to converse directly with his Eternal Creator, Lord and Master, praising, glorifying, thanking, supplicating, confessing, testifying, imploring, pleading, and seeking His unbounded forgiveness and mercy.

It follows that the daily prayers are the most powerful and meaningful experience one can have in his life. They are the best heavenly gift to mankind. They alone are at once a life-changer and life-sustainer. They are also a life-purifier. Allah thus affirms:

…And establish regular prayer: for prayer restrains from shameful and unjust deeds; and remembrance of Allah is the greatest (thing in life) without doubt… (29: 45).

Such is the case owing to the rational fact that he who experiences five times a day everything prayer entails, will in no way engage willingly and persistently in any serious loathsome deeds or deeds that run counter to reason.

The two prospects are absolutely incompatible in a person. It is unfathomable that a person who most directly communicates with Allah five times a day, will willingly and repeatedly commit a serious wrongdoing.

If, however, a person who is constant in prayer does not shun lewdness and iniquity, that would mean that there is something seriously wrong with the former, whose complete state and effectiveness will need review and some drastic adjustment measures.

While performing all other religious injunctions, and while spurning the possibility of committing sins — both minor and major — as much as possible, a person should know that he answers Allah’s divine calls that target directly him and his consciousness. Such a realization lies at the center of the concept of niyyah (the intention in one’s heart to do an act for the sake of Allah alone), which, in turn, is a prerequisite for acceptance of religious acts.