One of the important and famous hadiths in the Sunnah is the hadith of Gabriel (peace be upon him). In this hadith, `Umar ibn Al-Khattab (may Allah be pleased with him) recounts an interesting incident:  An unknown man approached the Prophet and asked the Prophet a number of questions.

Interestingly, the man confirmed the answers as if he had prior knowledge of them.

It turned out then, as `Umar knew from the Prophet later, that the man was none but Angel Gabriel. So, the whole conversation was intended to teach Muslims their religion.

The hadith goes as following:

It was narrated on the authority of `Umar, (may Allah be pleased with him), who said:

While we were one day sitting with the Messenger of Allah (peace be upon him), there appeared before us a man. He was dressed in extremely white clothes and had very black hair.

No traces of journeying were visible on him, and none of us knew him.

He sat down close by the Prophet (peace be upon him), rested his knees against the Prophet’s knees, laid his hands on his own thighs[1] and said, ‘O Muhammad! Inform me about Islam.’

The Messenger of Allah said,

‘Islam is that you should testify that there is no deity except Allah and that Muhammad is His Messenger, that you should perform salah, pay the Zakah, fast during Ramadan, and perform Hajj to the House, if you are able to do so.’ 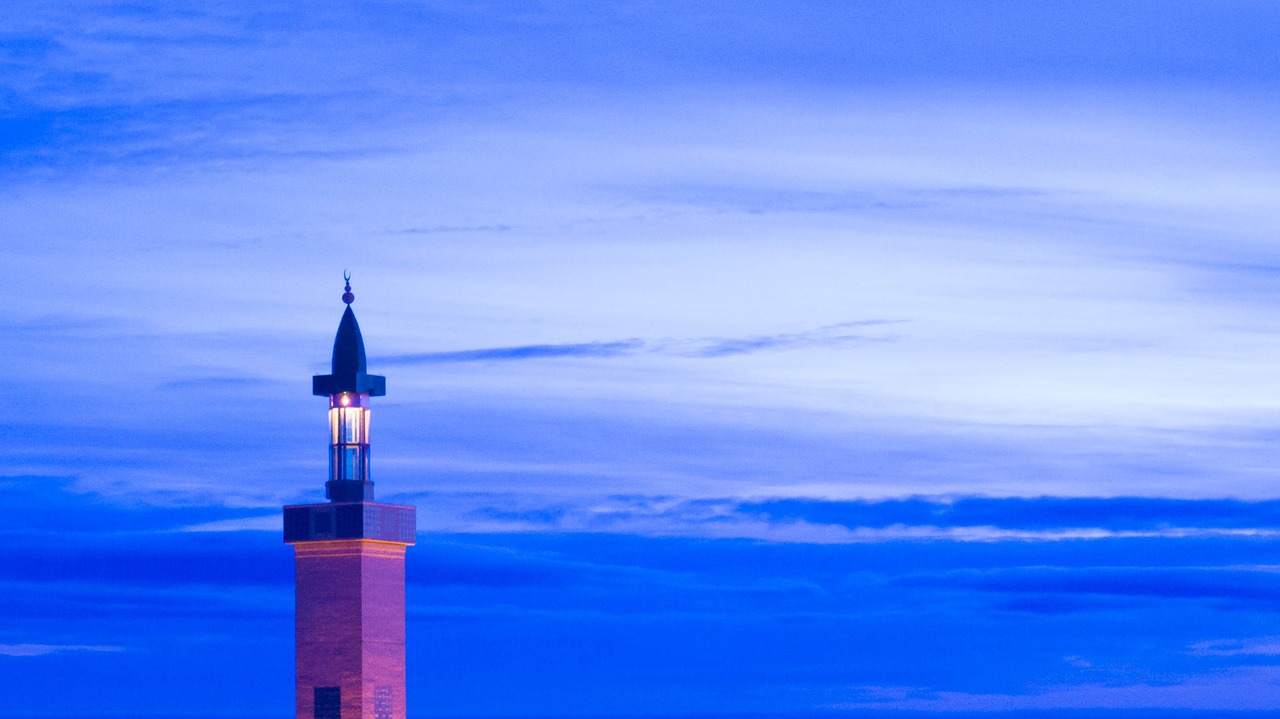 The man said, ‘You have spoken truly.’

We were astonished at his questioning him (the Messenger) and telling him that he was right. He went on to say, ‘Inform me about iman.’

The Messenger of Allah answered,

‘It is that you believe in Allah and His angels and His Books and His Messengers and in the Last Day, and in qadar (fate), both in its good and in its evil aspects.’

He said, ‘You have spoken truly.’

Then the man said, ‘Inform me about Ihsan.’

The Messenger of Allah answered, ‘It is that you should serve Allah as though you could see Him, for though you cannot see Him yet (know that) He sees you.’

He asked, ‘Inform me about the Hour.’

Tthe Messenger of Allah said, ‘About that, the one questioned knows no more than the questioner.’

So he said, ‘Well, inform me about the signs thereof.’

The Prophet replied, ‘They are that the slave-girl will give birth to her mistress, that you will see the barefooted, naked, destitute, the herdsmen of the sheep (competing with each other) in raising lofty buildings.’

Thereupon the man went off.

I waited a while, and then he (the Messenger of Allah) said, ‘O `Umar, do you know who that questioner was?’

I replied, ‘Allah and His Messenger know better.’

He said, ‘That was Jibril (the Angel Gabriel). He came to teach you your religion.’

We do not gain knowledge only  from the Prophet’s answers. There are also numerous useful lessons and insights that the story offers. This video highlights the following four:

– Being reliable supporter of Islam

– Islam is a balanced religion

– Our knowledge has limits

[1] Correction: The text of the hadith quoted in the video described the way the man sat down as “He… rested his knee against his (the Prophets’ thighs)”. The correct translation of the hadith is the one in the above text: