Know that pride is a character trade and an attribute of the soul. It is the belief that one is superior to all others. Pride is a disease that prevents one from accepting truth.

The external signs of pride include: expecting respect, rejecting advice, speaking harshly, becoming angry when instructed, and viewing other people as beasts.

From pride, many other negative character traits are born, such as arrogance, envy, and anger.

Know that the story of Satan teaches us the harm of pride. It was pride that caused Satan to say, ‘I am better than Adam’. This led to arrogance with respect to God’s command, and from that Satan’s eternal damnation. Know that whoever behaves arrogantly, thinks he is perfect in a way that others are not. There are seven causes of pride:

The learned person sees himself as being adorned with perfect knowledge, and considers others beasts in comparison. The person in question is a bad character.

The second cause is worship. The worshiper supposes that their actions make them better than others.

Other causes are lineage, leadership, power, wealth, and beauty. 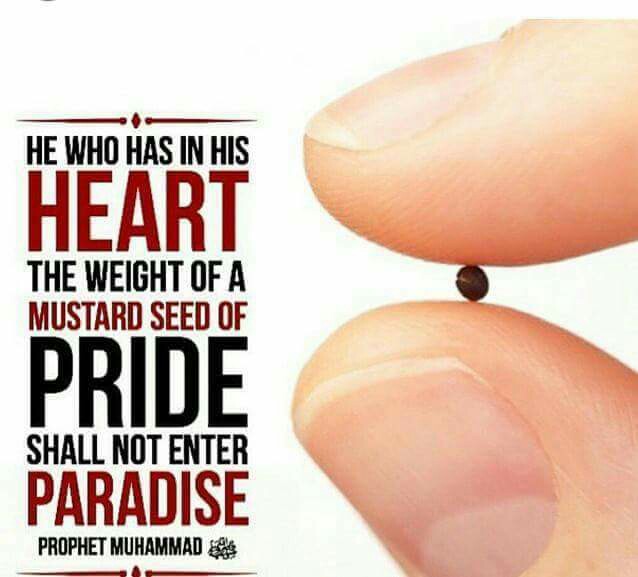 Reflect on your end. When in the grave, neither wealth nor beauty remain, and you become feed for worms. The practical treatment is to act with humility in all circumstances.

To do this, one must follow the example of the messenger. He would feed animals and clean his house; he ate with his servants; he would buy from the market; he made no distinction between black or white, rich or poor; he was generous without extravagance; he was merciful and sensitive.

As for the specific treatment, it is that one addresses and treats the cause of their pride, whether it be wealth, beauty, or any of the other causes mentioned.

Know that conceit is that one neglects that their comfort and blessings are from God. Conceit is an illness and its cause is ignorance; its remedy is pure spiritual knowledge.

You are confronted with a strongly built treasury with its door firmly shut, and in it, there is a great treasure. But you are helpless because you do not possess the key. The treasurer gives you the key so that you may open the door and take the treasure. Do you give yourself the credit because you opened the door? Or do you credit the one who gave you the key?