Muslim women wearing hijab in non-Muslim or Western countries oftentimes spend their days enduring the rudeness of being stared at, mocked or sometimes even physically assaulted.

Unfortunately this is part of the every-day life of many hijab-wearing Muslim women, which can sometimes include an array of annoying questions that somehow seem to peak during the hot summer months – such as, the incessantly asked: “Don’t you feel hot in summer; it’s 45 degrees outside!” Cue controlling the eye-roll impulse…

So, let’s embrace the opportunity to respond to the cliché that Muslim women must be dying under their hijab in hot weather.

Wearing hijab, like any other act of worship, requires strength of will, faith and self-discipline. Covering women must remain strong, standing steadfast against the whispers of shaytaan, and be diligent in protecting themselves from verbal or physical attacks by those intent on causing harm due to whatever misconceptions they may have against Islam.

To do this requires a willingness to overcome the lack of self-motivation in responding to the order from Allah the Almighty – the modern day challenge of Muslim women – or jihad against our whims.

Remember that hijab is a symbol of piety. It is also a testament of great inner strength and fortitude.

While Islamophobia continues to drive negative representations of Muslims and Islam across social media platforms and on television and theatre screens, we can seize the opportunity to use the inevitable questioning to our advantage by responding to questions humbly and forthrightly.

Through social media there are infinite opportunities for reaching out to people who may not know about Islam, Muslims or the Qu’ran. Many non-Muslims have never met a Muslim in person, but may know “of” them, read about them, or may have even engaged with or “friended” them.

More than a Headscarf

Islam is known as a religion concerned with community interrelation and moral boundaries. Thus, the hijab – or veil – is intended as a way of ensuring that the moral boundaries between unrelated men and women are respected. 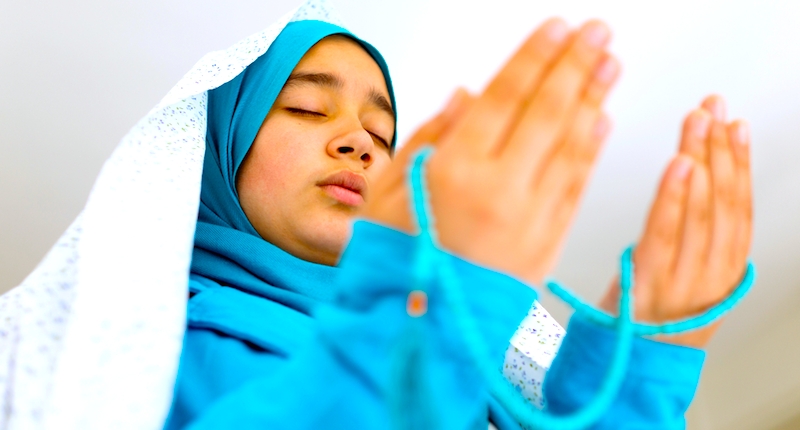 Why I Wear Hijab

In this sense, the term hijab encompasses more than a headscarf or veil. Beyond being part of a “dress code”, it symbolizes modesty, or haya’ in Arabic.

While Muslim men can blend easily into any society, due to their increased visibility, a hijab-wearing Muslim woman is often on the frontline; forced to defend not only her decision to cover, but also Islam.

That is why we must remain diligently patient and intelligent when answering questions.

When attempting to respond to questions about wearing hijab it can be challenging to refrain from revealing that inner, instinctive annoyance by blurting out, “Hey, it’s okay to use your brain to think about the ridiculousness of your questions before asking!”

Really, questions such as ‘Don’t you want to dress as a normal person?’ or ‘Are you bald underneath?’ trigger many answers not suitable for sharing.

Instead, pause to breathe (perhaps squeeze in a quick dua for patience!); try to see the questioning as an opportunity to promote your religion; and envision yourself reaping the rewards for being patient.

{O you who have believed, seek help through patience and prayer. Indeed, Allah is with the patient.} (Al-Baqarah 2:153)

Remember, if a Muslim woman wearing hijab uses bad language, she would be remiss in recognizing that one of the purposes of hijab is to help women maintain their dignity and honor.

We know that Islam liberated women way before the West and its ideologies of feminism.

Western ideologies taught women that the purpose of their lives was to be on display, to attract and be beautiful for men. But the truth is that a woman’s body and soul were created for something so much higher. Allah the Almighty says:

{O mankind, indeed We have created you from male and female and made you peoples and tribes that you may know one another. Indeed, the most noble of you in the sight of Allah is the most righteous of you. Indeed, Allah is Knowing and Acquainted.} (Quran 49:13) 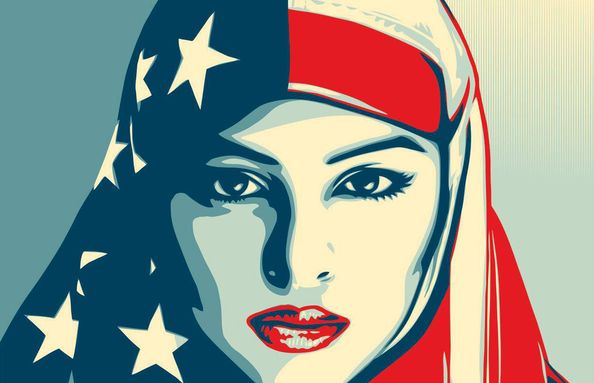 A woman’s honor is not valued by her relationship to men, either being them, or pleasing them by revealing their bodies or hair; neither is it valued by the size of her waist or the number of men who like her.

Her worth as a human being is measured on a higher scale, a scale of righteousness and piety.

So, hold your covered head up high and steadfastly explain that in Islam, women are appreciated for their knowledge, piety and contribution to society.

Responding to the call of hijab enriches the quality of a Muslimah’s life. Be confident in knowing that the advantages far outweigh any disadvantage conjured up by media bias or general ignorance.

{O you who believe! Answer God and the Messenger when he calls you to that which gives you life.} (Al-Anfal 8:24)

Next time you find yourself uncertain on how to reply about how hot you are wearing hijab in summer, think about the benefits. But also reflect on how responding with kindness and patience can help others better understand our beautiful faith.

Be an ambassador for Islam. Renew your intentions and put yourself out there with courage, humility, integrity and patience; Allah the Almighty, the Protector, is beside you.