The term tawbah (Arabic for ‘repentance‘) is an Arabic Quranic term which means “a retreat” or “a return”. Examining the Quran and the Hadith reveals that repentance denotes the act of leaving what Allah has prohibited and returning to what He has commanded.

Repentance is of immense importance in the religion of Islam. For a faithful Muslim, it is a major gateway to rectifying one’s life and amending one’s own wrong acts.

In Surah 66, verse 8, the term tawbah is associated with the Arabic adjective nasuh (Arabic for ‘pure and sincere‘). Thus it signifies sincere and faithful repentance, which is free from pretense and hypocrisy.

Numerous Prophetic hadiths celebrate and stress the issue of repentance such as the one narrated by Anas ibn Malik in Sahih Al-Bukhari which reads what may mean,

“Allah is more pleased with the repentance of His slave than anyone of you is pleased with finding his camel which he had lost in the desert.” (Al-Bukhari)

Sometimes, however, one may become ashamed of himself as he cannot keep his word with Allah and returns to the state of sinning after declaring his repentance. To understand this, let us go through the following conversation as quoted by Ibn Rajab Al-Hanbali:

It was said to Al-Hassan, the Prophet’s grandson, “Isn’t the servant [of Allah] ashamed of sinning and then repenting, and then sinning again and then again repenting?”

In the same vein, Ibn Qayyim Al-Jawziyyah is reported to have said,

More than one person has said to me: “When I repent to Allah and perform righteous actions; my sustenance is straitened and difficulty comes upon my livelihood.

However, when I return to disobeying Him and give my soul its desires, then sustenance, relief and other than it comes to me.”

So I replied to some of them:

“This is a test from Him to see whether you are truthful or untruthful in your seeking refuge with Him, responding and submitting to Him in obedience and exercising patience upon (what He has decreed of afflictions for you with absolute justice and wisdom) so that there are (good) end results for you; or whether you are untruthful so that you return to what you were upon (of evil)”. 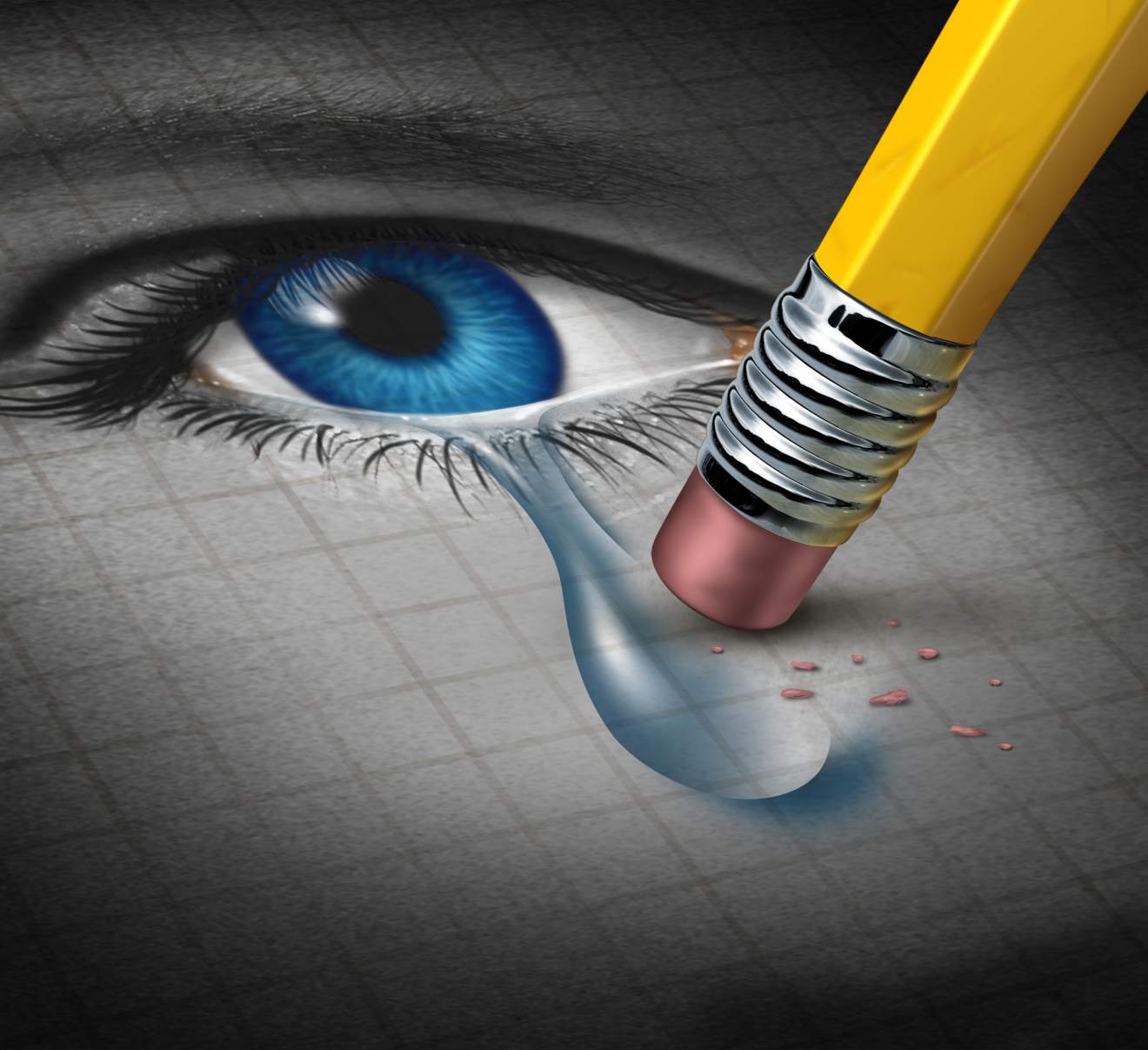 However, do not ever hesitate to return to Allah in repentance no matter how grievous and numerous the sins you have committed were. The One Who screened you while you were sinning would never disgrace you when you return to Him!

Try to feel the passion in Jalal Ad-Deen Rumi’s two poetic verses in which he says,

Come even though you have broken your vows a thousand times,

Come, and come yet again. Ours is not a caravan of despair.

Yes, indeed, a faithful servant of Allah should never fall into despair over his failure to abide by Allah’s Ordinances and Orders.

Rather, he should strive to be the one he wishes himself to be; the one who is to gain the Love and Pleasure of Allah, the All-Merciful and the All-Forgiving.

But, what does it mean to return to Allah in repentance?

What does it mean to ask for His Forgiveness?

Is it just to articulate the expression, “O Lord! Forgive me!” Or, “I seek forgiveness from Allah!”?!

To repent means to return to Allah and intend to obey Him for the rest of one’s life. For repentance to be valid and, thus, accepted, five preconditions have to be observed; these are:

1. To be sincere to Allah

Sincerity is a precondition that must be observed in every act of worship. Allah Almighty says what may mean,

{Though they were not commanded but to worship One God- making the practice of their religion pure and sincere to Him alone}. (Al-Bayyinah 98: 5)

2. To regret one’s past evil deeds

This means that one should be ashamed of oneself before Allah as one has committed what he was forbidden to and has neglected what he was ordered to observe.

3. To give up sinning

If the sin involves a religious duty that has been neglected such as performing the salah or paying off the zakah, this should be corrected at once. But, if the sin involves a human’s right, it requires absolving oneself of such right. If it is a property, one should return it to its rightful owner; and, if it is an act of slander or backbiting, one should seek the offended person’s pardon.

4. To make a firm resolve of avoiding such sins in the future

This is mandatory as if one intends to return to the sins he used to commit after showing repentance whenever it is possible, he will not be considered as faithful or true in his repentance.

However, if one truly decides to repent but was later on overcome by his own weaknesses – as was explained earlier – his repentance will not be nullified. However, he should renew his repentance; thus, showing new repentance for the recent evil doing.

5. To show repentance while it is still valid

Showing repentance is always valid save in two cases:

a) At the time of death, one’s repentance becomes of no avail. Allah says what may mean,

The case of Pharaoh is very clear in this regard as when death approached him while in the middle of the sea he said,

{I believe that there is no God but the One in whom the Children of Israel have believed.} (Yunus 10: 90)

However, he was then answered,

{Now you believe, while before you have truly disobeyed your Lord, and you were ever of those who sowed corruption?} (Yunus 10: 91)

Certainly, Pharaoh’s last minute belief could not avail him in any way. 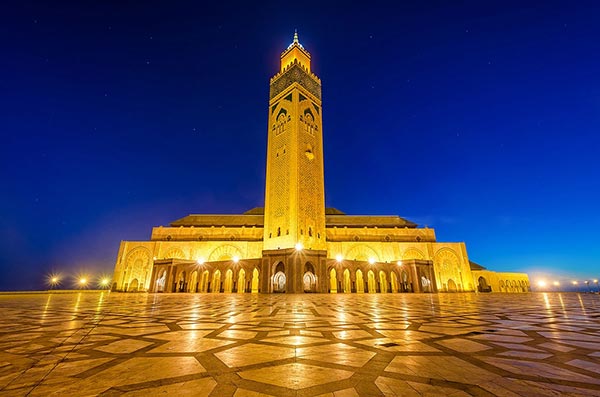 b) When the sun rises from the West, repentance becomes invalid and is never accepted by Allah. On that very day, all human beings will declare their faith in Allah, the Creator. However, their sudden belief will not benefit them as they have never believed in Him before. Allah says in the Ever-Glorious Quran what may mean,

“The Hour will not be established until the sun rises from the West: and when the people see it, then whoever on the surface of the earth will have faith, and that is (the time) when belief will be of no benefit to a soul that believed not before.” (Al-Bukhari)

These were the conditions for repentance to be valid and accepted by Allah the Almighty.

It is worth-noting here that textual proofs from the Quran, the Sunnah and the consensus of Muslim scholars support the obligation of showing repentance as follows:

Abu Hurairah (May Allah be pleased with him) reported: I heard the Messenger of Allah (peace and blessings be upon him) saying: “By Allah, I seek Allah’s Forgiveness and repent to Him more than seventy times a day.” (Al-Bukhari)

That was the state of Prophet Muhammad (peace and blessings be upon him) whose sins were forgiven by Allah. What about the sinful servants such as ourselves who suffer from the darkness caused by the oft-repeated evil deeds?!

Finally, repentance is a twofold approach: a person first should be able to recognize and forsake his/her sins upon which Allah promises to forgive them. Islam expects Muslims to realize their mistakes and shortcomings, and to seek Allah’s Forgiveness.

Forgiveness for one’s sins is not something that comes automatically; it is something that must be sought for, with sincerity and true devotion. Becoming indifferent to one’s sins is fatally dangerous. Prophet Muhammad (peace and blessings be upon him) is reported to have said what may mean,

“A believer sees his sins as if he were sitting under a mountain which, he is afraid, may fall on him; whereas the wicked person considers his sins as flies passing over his nose and he just drives them away like this.” Abu Shihab (the sub-narrator) moved his hand over his nose in illustration. (Al-Bukhari)