A sign of following one’s whims is to be active with optional good deeds while being lazy with required obligations.

The next step in our journey to Allah requires sound knowledge and deep understanding. The Prophet (Allah’s peace and blessings be upon him) said:

“If Allah wishes good for someone, He grants him knowledge (fiqh) of the faith”. (Al-Bukhari)

One should be aware of those differences and their implications; otherwise, he/she will be following whims and not a proper understanding of the Islamic law. Without the knowledge of priorities, one will be following the outward appearances and not the essence of the faith.

Pilgrimage is an obligation and one of the pillars of Islam, and thus it has to be performed first. On the other hand, improving or beautifying the building of a mosque is optional and in fact not necessary. If you give priority to the optional deed over the principle obligation then, the Sheikh says, you will be following your whims not the right path. 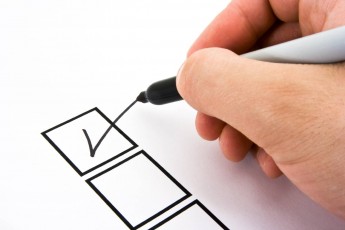 However, if this money is needed for medication for your elderly mother, for example, then you should spend this money on her and delay the performance of pilgrimage.

Taking care of your mother is an immediate obligation, while pilgrimage is an obligation that could be delayed. If you do the opposite, then this is a sign of following whims and not proper knowledge.

Unfortunately, some people are keen on performing optional good deeds and especially ritual formalities, while they themselves are careless with basic obligations of the faith. It is agreed that being kind to one’s parents is an obligation:

{For your Sustainer has ordained that you shall worship none but Him. And do good unto [your] parents. Should one of them, or both, attain to old age in your care, never say “Ugh” to them or scold them, but [always] speak unto them with reverent speech}. (Al-Israa’  17:23)

It is also obligatory to return the trusts to people:

{then let him who is trusted fulfill his trust, and let him be conscious of Allah}. (Al-Baqarah 2: 283)

A believer is also required not to curse. The Prophet said:

“It is not fitting for a believer to be a curser or a defamer”. (Al-Bukhari in his Al-Adab al-Mufrad)

Unfortunately, in our present-day societies and communities, we find some people who claim that they follow the Prophet’s way of life, i.e., his way of dressing, his outward appearance, his way of sitting, the color of his clothes, etc. Yet, you find the very same people mistreating their parents, using corruption as means to make fortunes, misusing the public trust or resources, or cursing and backbiting other people. In other words, they are fulfilling the outwards looks while missing the obligations.

Some people commit grave sins in public and sometimes on TV. The same people, ironically, are in the habit of performing `Umrah every year! Umrah is  optional, but refraining from spreading mischief is obligatory.

We often hear a hadith in which Allah speaks about optional good deeds.

“My servant draws not near to Me with anything more loved by Me than the duties I have enjoined upon him.”

If we perform the obligations such as prayers, zakah, fasting and pilgrimage, giving up sins, being kind to parents, treating the young and the old gently, and so on, we shall enter Paradise.

When the Prophet was asked about Islam, he did not begin with the formalities or outward looks. A bedouin came to the Prophet and said, “O Allah’s messenger! Inform me what Allah has made compulsory for me as regards the prayers.”

He replied: “You have to offer perfectly the five compulsory prayers in a day and night, unless you want to pray optional prayer“.

Here the Prophet did not detail the optional prayers, but he continued to mention the other obligations as we read in the rest of the tradition.

The bedouin further asked, “Inform me what Allah has made compulsory for me as regards fasting.”

He replied, “You have to fast during the whole month of Ramadan, unless you want to fast more as optional fasting.”

The bedouin further asked, “Tell me how much zakah Allah has enjoined on me.”

Thus, the Prophet informed him about all the fundamentals of Islam.

The bedouin then said, “By Him Who has honored you, I will neither perform any optional deeds nor will I decrease what Allah has enjoined on me. The Prophet said,

“If he is saying the truth, he will succeed and will be granted Paradise”. (Al-Bukhari)

The Prophet’s last words in this hadith imply that if we are sincere with Allah in performing the obligations without ever performing the optional deeds, we will succeed and be granted Paradise.

We pray to Allah to grant us correct understanding and sound knowledge so that we can journey to Him in the most guided way.