Allah describes the Qur’an as {a cure for what is in the hearts, a guide, and a mercy for the believers.} (Yunus 10:57)

It is the manual for a good life, in this world and in the hereafter. Here you can find 7 ways to enrich your life with the Qur’an.

Reciting the Qur’an with correct tajweed fills the heart with solace, the soul with peace and the house with blessings.

It makes you feel close to Allah, and alleviates any sorrow or grief due to its immediate stress-relieving effects.

Daily recitation of a few pages of the Qur’an, especially after Fajr prayer, is the best way to stay on the path of righteousness and to hold to the rope of Allah.

`Abdullah Ibn `Amr Ibn Al-`As (may Allah be pleased with him) reported that the Prophet (peace and blessings be upon him) said:

“The one who is devoted to the Qur’an will be told on the Day of Resurrection: Read and ascend (in ranks). Recite as you used to recite when you were in the first life (dunia). Your rank will be at the last verse (ayah) you recite.” (Abu Dawud and At-Tirmidhi)

Reading is one of the most fulfilling pastimes. Millions pursue it with zeal. And what better to read on a relaxing day than the Qur’an or its explanation?

We can obtain a good understanding of reality if we understand the Qur’an correctly. You can read its translation and exegesis (tafsir), by a knowledgeable and specialized scholar. Exegesis helps reveal the secrets of the Qur’an and sheds light on the hidden meanings of the words, verses and surahs.

`Abdullah Ibn `Abbas (may Allah be pleased with him) reported that the Prophet (peace and blessings be upon him) said:

“He, who does not memorize any part from the Qur’an, is like a ruined house.” (At-Tirmidhi)

Having Divine words ensconced in your heart enables you to hum them to yourself when feeling low and to stand in long deep supererogatory prayers at night.

Moreover, it makes you feel especially close to Allah when, as you witness incidents in daily life, He replays relevant Qur’anic words in your mind granting you insight into the reality of the life of this world.

Whether it’s listening to a Qur’an recitation or to a scholarly lecture explaining it, whilst traveling in a car, surfing the internet, or attending a live class at an institute or a mosque, one of the best ways of reflecting upon the Qur’an is listening to it intently when someone reads it and explains it aloud to you. Any student of Islamic knowledge would testify to the “on-high” feeling of enlightenment that follows a Qur’an class.

We should adhere to the Qur’an in our daily life; it is a Book sent as guidance for all mankind. Therefore, all other acts of worship related to the Qur’an would be of little avail; rather, they could actually bear witness against Muslims on the Day of Judgment, if they did not act upon its commands, or did not intend to act upon them when pursuing its knowledge.

From fulfilling covenants, taking loans, leaving behind inheritance, responding to evil with good, tying the nuptial knot, and calling to Islam; to principles of raising pious children and giving charity – the Qur’an provides complete guidance to Muslims, on how to lead a peaceful life individually and communally.

6. Teaching It to Others

`Uthman Ibn `Affan (may Allah be pleased with him) narrated that the Prophet (peace and blessings be upon him) said:

“The best among you is the one who learns the Qur’an and teaches it (to others.)” (Al-Bukhari)

It sounds very fancy to say, “I teach the Qur’an”, but in reality, propagating the Qur’an can be as simple as inviting a few friends over for tea, and reading a number of ayahs out to them in Arabic, followed by translation and exegesis over a period of half an hour. Everyone can then discuss how to apply what they have learned to their lives.

The short surahs of the Qur’an may be covered, or it may be taught chronologically in its entirety. The point is to open up the Qur’an for da`wah and reflection on a regular basis. The benefits of this activity – teaching it to others – outweigh those of reflecting upon it in seclusion.

The bond that binds Muslims together on the basis of studying the Qur’an together is indescribable. It is sincere and unworldly love, solely for the sake of Allah; one that transcends petty motives or gains.

The Qur’an has filled my life with vibrant colors, enriched my soul with its beneficial knowledge, and guided me to feel the solace of being close to Allah, my Creator. Wouldn’t you also want to go through that beautiful experience? 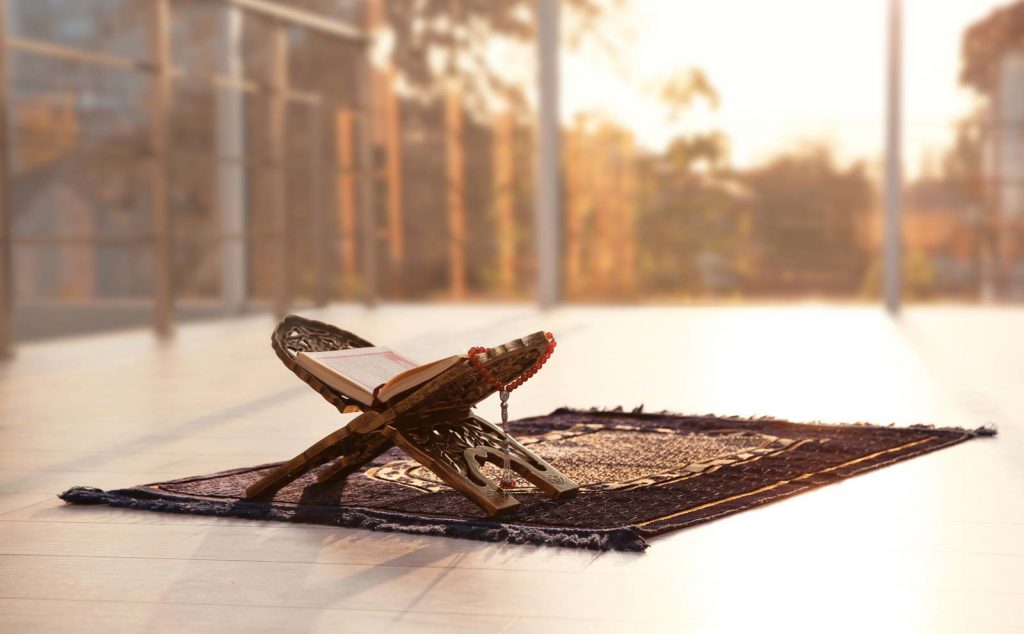 6 Patterns of Narratives in the Quran

The Quran contains many narratives (qisas, singular qissah), referred to in the Quran itself: {We do relate unto thee the most beautiful of stori 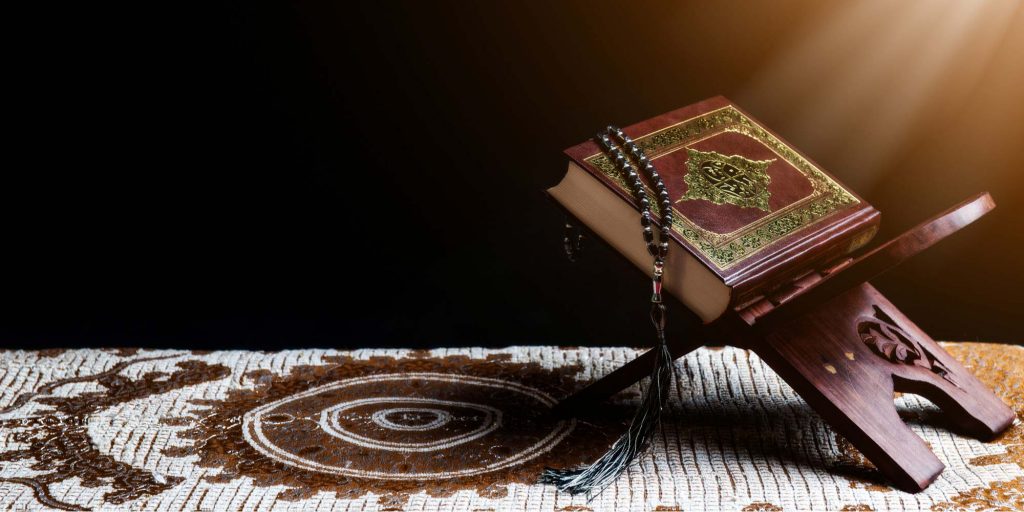 3 Dimensions of Moderation in Quran

One characteristic of the Qur’an is moderation or harmony between the divine and human, the spiritual and the material, the individual and the collect 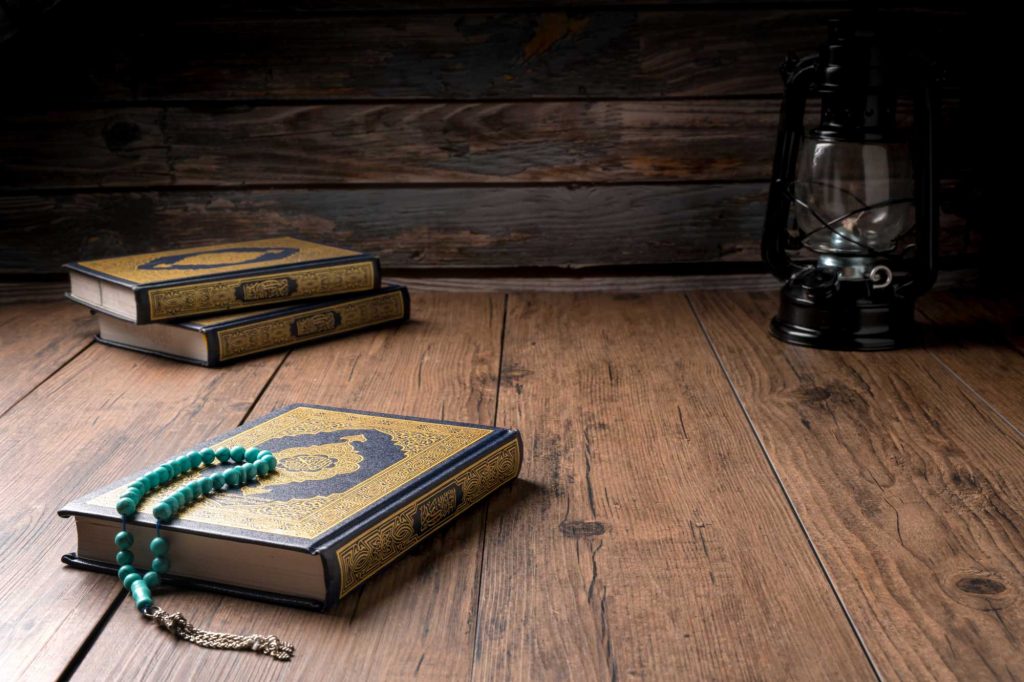 We can define the Quran as follows: The speech of Allah which He sent down upon the last Prophet Muhammad , through the Angel Gabriel; in its precise 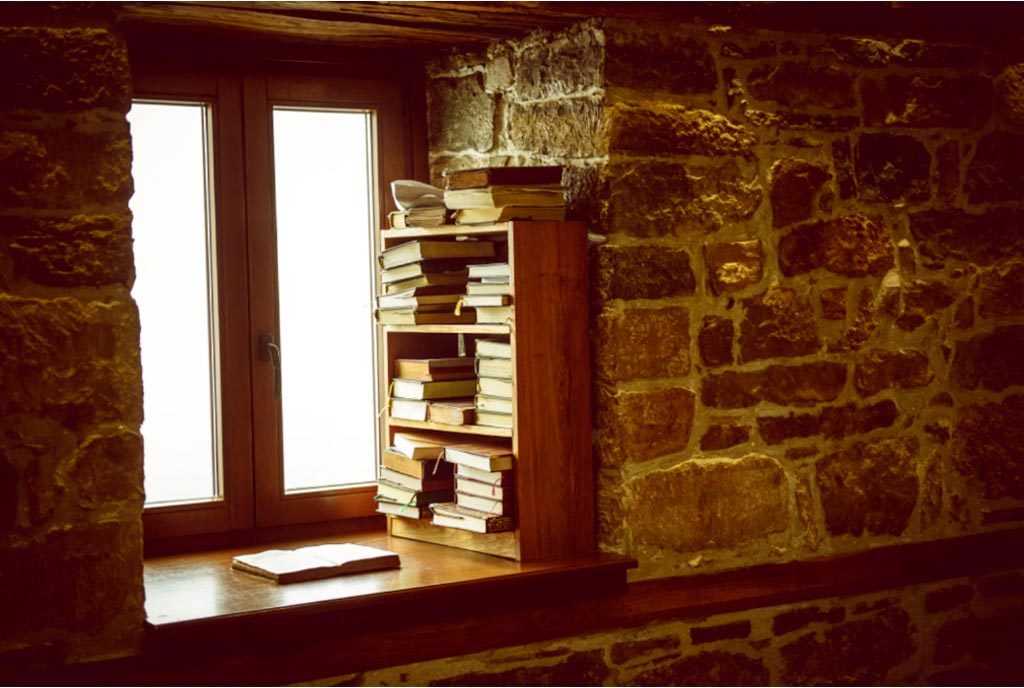 15 Years after the Prophet (peace and blessings be upon him) passed away, Caliph Uthman ordered that all Quran copies to be burnt. What?! Well, that a