Perhaps it was the most critical moment for Prophet Moses (peace be upon him); after long years of persecution, he and his people decided to escape from Egypt.

They left in the darkness of night; but Pharaoh learnt about the plan and decided to make of Moses and his people an example.

Now imagine yourself in this situation: you are trying to run away from Pharaoh and his mighty army; all of a sudden you find yourself trapped between the sea and the scary army.

What would your reactions be?

For the children of Israel, it was over. “We are overtaken for sure,” they cried out.

But Prophet Musa (PBUH) had a different opinion. He responded strongly and confidently:

Here are some inspiring reflections about this verse, collected from QuranReflect.com 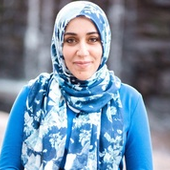 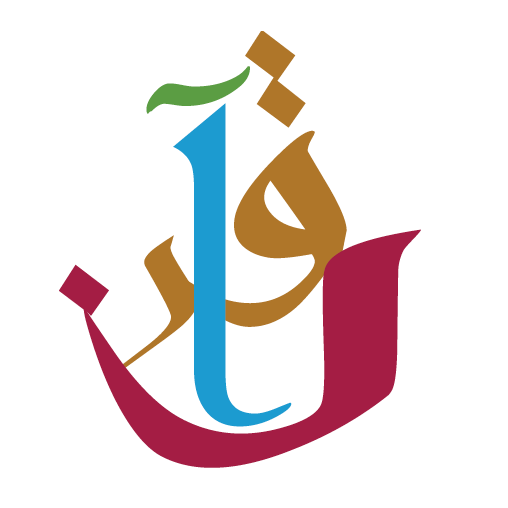 It takes a lot of faith to stand firm like Musa in such situation. The Egyptian army is right behind them and the red sea is right in front of them, a group of slaves who just disobeyed the law of the pharaoh.
They freaked out but Musa was pretty sure Allah is with him. Anyone can be in this situation where his faith is being tested, but just a few can react this faithfully. 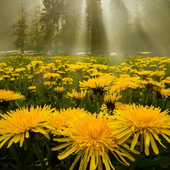 I never thought about this until I read the tafseer today: Not only did God part the Red Sea so that Musa (a) and his people could miraculously pass through a huge body of water – He also made it a dry path, as stated in Surah Taha.
A dry path! Not a muddy path that one would expect from land that was previously covered by water.
Glory be to our Lord – The All Mighty, The Merciful, The Generous! The One who blesses us with miracle upon a miracle. Mercy upon mercy!
May He grant us victory in our lives and ease our path to the highest levels of success in this life and akhirah. May He remove any uncertainty or hopelessness that may exist in our hearts and replace it with firmness of faith and neverending hope in Him!

📚 Read Also: 6 Patterns of Narratives in the Quran

When facing an enemy, many of us focus on the enemy’s “power” to harm us. Or we focus on the harm already caused by them.
What if we changed our perspective entirely. What if an enemy became nothing more than a tool? A tool meant to refine, shape, and develop us?

My teacher often says, “There would have been no Bilal without Abu Jahal.” And isn’t that just it?
Even the existence and attempted plots of shaytan himself can end up having the opposite effect, as we are pushed more towards Allah for refuge.

Wasn’t it Musa’s (AS) fear about facing Pharoah that pushed him to seek refuge in Allah? And in that seeking, was he not strengthened and elevated? Until his final showdown with the tyrant Pharaoh when Musa (AS) was able to face the enemy head on without fear, and say with no hesitation:
قَالَ كَلَّا إِنَّ مَعِيَ رَبِّي سَيَهْدِين
“By no means (shall we be overtaken)! Indeed my Lord is with me; He will guide me through.” (Quran 26:62)

It it was then that the sea was split.

Prophet Musa and Overcoming Fear
I want you to close your eyes and think of a moment when you were afraid.
How did you feel? Did you feel like running away? Does anyone want to share that moment with us now?

Did you know that the Prophets also felt scared sometimes?
Can anyone tell me a time when a Prophet was scared?
There was a time when Prophet Musa (peace be upon him) saw a fire in the distance and he went to see if there was anyone there because he was lost with his family.
There, he spoke to Allah ﷻ! Allah ﷻ asked him about his staff and told him to throw it down.

A little while later, Allah ﷻ tells Prophet Musa (peace be upon him) to go and speak to Pharoah. Now, we know Pharoah is one of the worst humans to ever live. He did very evil things and treated the people of Israel very poorly.
Musa (peace be upon him) was scared to speak to Pharoah. But Allah ﷻ calmed his fears and told him that He ﷻ is with him and Prophet Harun. This helps Musa feel calm when he meets Pharaoh.

After he meets Pharoah and the magicians become Muslim, Musa (peace be upon him) takes Bani Israel (the Children of Israel) with him and they escape from the clutches of Pharoah and his soldiers until they see the Red Sea.
Now, Bani Israel start to lose hope. They say, “إِنَّا لَمُدْرَكُونَ” (We will surely be overtaken!)

How do you think Musa (peace be upon him) responds?
Musa sees Pharoah and his soldiers galloping at great speed about to attack him and his people, and instead of being afraid and running away he says,
No! Indeed, I have my Lord, He will guide me!” (26:62)
And that’s when Musa strikes his staff, Allah ﷻ parts the Red Sea and saves Bani Israel from the clutches of Pharaoh and his men!

What was the journey that Musa took with his fear?
First his fear was a physical response, and he runs away from the snake.
Then he feels fear inside his heart- he is so worried about confronting Pharaoh.
But he notices, without fail, Allah ﷻ is always there to guide him and help.
So, when Bani Israel feel afraid, Musa knows to feel assured and confident that Allah ﷻ is on his side.

Every time you feel afraid, remember that Allah ﷻ is always with you. He (swt) hears and sees everything.
30KhawaatirIn30Days#AParentsGuide#Day12