Literally, ‘tajwid‘ means improvement and perfection. If you do something with tajwid, it means you are trying to do it with the utmost quality and in the most perfect way possible.

The term is technically used to refer to the science concerned with correct recitation and pronunciation of the Qur’anic words and verses.

The relationship is clear between the literal meaning of the word and its technical usage; the literal meaning revolves around perfecting an action or a performance, which is the recitation of the Qur’an as far as the science of Tajwid is concerned.

After the rapid spread of Islam in its early centuries, especially among non-Arabs, Muslim scholars deemed it necessary to put down a set of rules that serve as a reference for the Qur’an learners. So, Tajwid has been the reference for people who wished to recite the Qur’an in a correct manner.

This, however, does not deny the fact that the Qur’an cannot be learned independently, without the assistance of a skilled teacher. The unique isnad-based system of learning Qur’an continued to be the recognized way for teaching students how to recite the Qur’an and for training them on Tajwid.

In the isnad-based system, a student recites the whole Qur’an by heart, from the beginning to the end, fulfilling the rules of Tajwid to a certified Qur’an teacher, and then the student is certified by the teacher to be qualified to recite and teach the Qur’an. The certificate is called ijazah (license). A typical ijazah lists the teachers of the granting sheikh (the isnad or sanad , an unbroken chain of teachers that goes back to the Prophet).

Tajwid, according to the scholars’ definition, is all about “articulating (the sound of) each letter from its proper point of articulation, and ensuring the correct pronunciation of the genuine characteristics of each sound as well as the occasional ones.”

Here, by ‘genuine’ scholars mean the permanent features of a sound without which the sound is never pronounced correctly. The occasional features are those affecting a letter sound due to certain occasional reasons such as the place of the letter in a word, its tashkil, the features of the letters coming before or after it, etc. 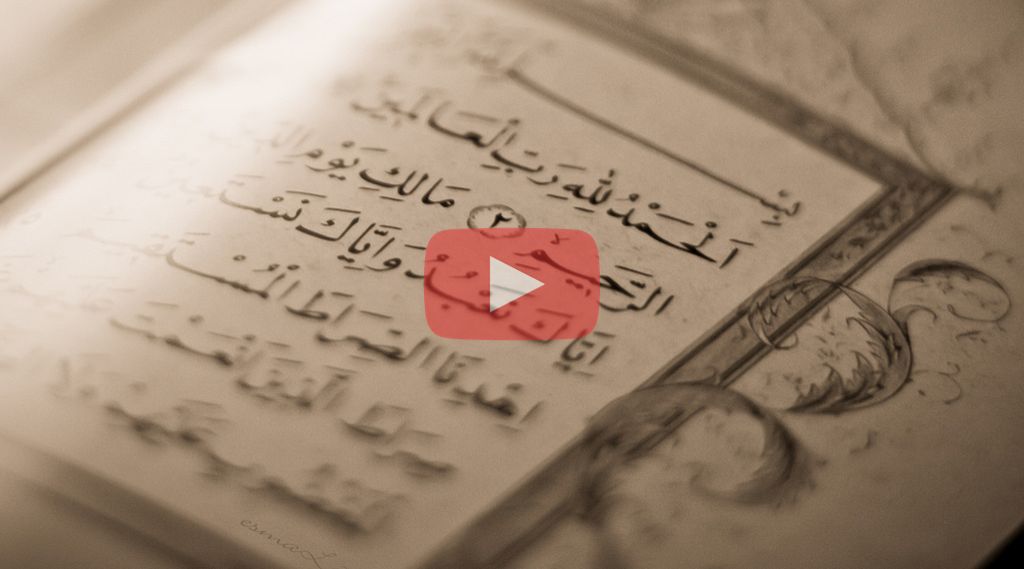 The 7 Oft-Recited Verses: An Introduction to Al-Fatihah

A typical Tajwid book starts with an introduction clarifying the significance and manners of reciting the Qur’an, the prerequisites of a correct recitation, the Islamic ruling of observing Tajwid when reciting the Qur’an and the types of recitation in terms of speed. The main body of Tajwid, as clearly stated in the above definition, is concerned with the correct pronunciation of the Qur’an. This is dealt with in the following basic topics:

3. Other rules of Tajwid related to the sound changes of certain letters due to their places in the word or their surrounding letters, such as the rules of a non-vowel N and M (ahkam an-Nun wal mim as-sakinah) and the types of long vowels (mudud.)

Students of phonetics will find the above topics familiar and similar to what they study. The concept of idgham, for example, is similar to that of assimilation as far as the phonetics is concerned.

It is obligatory, according to the scholars of Tajwid, to observe its rules when reciting the Qur’an. Allah Almighty said, {…recite the Qur’an (aloud) in a slow, (pleasant tone and) style} (Al-Muzzamil 73:4)

The verse means reciting the Qur’an slowly with humility (khushu`) and reflection observing the rules of Tajwid such as lengthening the long vowels (madd al-mamudud) and shortening the short ones (qasr al-maqsur)… etc.

The command in the above verse indicates obligation as this is the original usage of the imperative form. There is nothing here to indicate otherwise. (Al-Marsafi, Hidayat Al-Qari’ ila Tajwid Kalam al-Bari)

Imam ibn Al-Jazari, one of the earliest scholars of Tajwid, maintained in his Al-Muqaddimah, a famous beginner-style Tajwid manual, that,

Some scholars, however, hold that it is recommended (mustahab) to follow the rules of Tajwid rather than being wajib (obligatory), as long as the words are pronounced correctly in terms of Arabic and no mistakes are involved of course. Nevertheless, it befits a Muslim to try his best to perfect his recitation. `A’ishah (may Allah be pleased with her) narrated that the Prophet (peace and blessings of Allah be upon him) said:

The one who is proficient in the recitation of the Qur’an will be with the honorable, obedient scribes (angles), and he who recites the Qur’an with difficulty and find it hard to recite will have a double reward. (Al-Bukhari and Muslim)

Tajwid is just one of the manifestations of Allah’s protection for the Qur’an from any kinds of corruption. Going through books of the Tajwid shows the extreme care given to the minute details of the pronunciation of the Qur’an. All of this is to ensure that the way the Qur’an is recited fourteen centuries after the demise of the Prophet (peace and blessings of Allah be upon him) is exactly the same as how the Prophet recited the Qur’an.

Besides, the isnad-based transmission of the Qur’an guarantees that the rules of Tajwid are fully put into practice in a way that ensures the highest quality and accuracy level when transmitting the Qur’an from one generation to another. Tajwid, after all, is one of a group of sciences created initially to serve the Qur’an and to guard it from corruption such as the Qira’at (science of the recitation versions) and the scripting of the Qur’an (ar-rasm wad-dabt.)