The persecution that Prophet Muhammad (peace and blessings be upon him) and his Companions went through in Makkah was incredible. The stories of torture that was heaped on Muslims ruthlessly in those bitter days and the remarkable endurance shown by the believers pose important questions:

– How were the Prophet and His Companions able to withstand all this suffering?

– How did they face all those terrible situations without giving up their mission or submitting to the disbelievers?

– What are the underlying elements of such miraculous patience and perseverance?

The following lines shed light on some of the factors that strengthened Muslims during the distressing moments they went through in Makkah:

The first and foremost factor is the unshakable belief in Allah that the Prophet and his Companions entertained and their recognition of His attributes.

A believer with such deep belief will look at those difficulties as trifling, a mere foam that in no way can block the overwhelming waves of change that sweep all barriers and limitations.

{Thus Allah presents [the example of] truth and falsehood. As for the foam, it vanishes, [being] cast off; but as for that which benefits the people, it remains on the earth. Thus does Allah present examples} (Ar-Ra`d 13:17)

This deeply rooted belief and the sweetness of faith experienced by the Prophet and the Companions enabled them to ignore all troubles they went through.

Other sub-factors that branch out from that belief and assist in strengthening it and developing patience and perseverance are:

Prophet Muhammad (Peace and blessings be upon him), the great leader of the Muslim community, and mankind at large, was an exemplary man in his perfect manners and noble attributes; no one could measure up to his endowments of nobility, honesty, trustworthiness and abstinence.

His noble qualities were not contested even by his enemies. Abu Jahl himself, the notorious enemy of Islam, used to say:

“O Muhammad, we do not consider you a liar; but rather we deny what you have brought us (Islam).”

{We know that you, [O Muhammad], are saddened by what they say. But indeed, they do not call you untruthful, but it is the verses of Allah that the wrongdoers reject.} (Al-An`am 6:33) 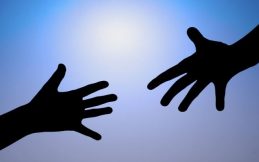 It is narrated that three people of Quraish listened separately and secretly to some verses of the Noble Qur`an. Later, this secret was uncovered and one of them asked Abu Jahl (one of the three) what he thought of what he heard from Muhammad (Peace and blessing be upon him). He answered:

“We contested the honor [of leadership and generosity] with the [family of] Banu `Abd Manaf (the Prophet`s family)… Now, when we became almost equal to each other, they began to boast about a Prophet that receives revelation from heavens. How on earth can we achieve anything like this?  I swear we will never believe in him.”

The Prophet’s Companions, on the other hand, cherished an amazing, unconditional love for him; he occupied the innermost cells of their hearts. They were always ready to defend him and secure his well-being even at the risk of their lives.

One day, Abu Bakr As-Siddiq was severely beaten by `Utbah ibn Rabi`ah until he was on the verge of death. He was moved to his house unconscious and in a very serious condition. Yet, the first thing he did at the evening, when he became able to speak, was to inquire about the situation of Prophet Muhammad. He swore that he would never eat or drink anything until he goes and see the Prophet (to make sure that he is well).

The early Companions were fully aware of the important responsibility they shoulder; they were convinced that no matter the price and sacrifice they had to make, they can never abandon their duty towards the mission they were entrusted with.

They believed that the grave consequences and loss incurred by humanity due to such abandonment exceeds and is worse than any prosecution or troubles they may encounter.

4. Belief in the Hereafter

Belief in the hereafter played a great role in strengthening such sense of responsibility. Early believers were fully certain that one day they will stand before Allah to be accounted for each and every deed, small or big.

They were sure that their future in the other world would depend wholly on their acts in their provisional life on earth; the end will be either the everlasting enjoyment in Paradise or the perpetual torment in Hell.

So, their whole life was swaying between hope for Allah`s mercy and fear of His punishment.

{… those who dispense their charity with their hearts full of fear, because they will return to their Lord.} (Al-Mu’minun 23:60)

They had already known that life with all its amenities and pains was worthless when compared with the Hereafter.

Therefore, such deep convictions developed in them a sense of indifference to all troubles and hardships that they faced in their life.

Taken, with some modifications, from the author’s book, The Sealed Nectar.