Curtiss/Sperry "Flying Bomb" was one of the first prototypes of modern UAVs.
aaa

No doubt the drones are getting more popular these years.

You can find them in different fields starting from recreational things like toys to major applications in for instance crops monitoring, anti-poaching, mining, mine detection and even military uses like bombing and reconnaissance.

An Unmanned Aerial Vehicle (UAV) is simply an aircraft that lacks a pilot and an aircrew who are all replaced by a computer (processor).

A UAV works using an unmanned aerial system that consists of smaller subsystems which are:

Although there is no single system of these ones more important than the other, but usually the aircraft has a greater impact on the design of the other systems. 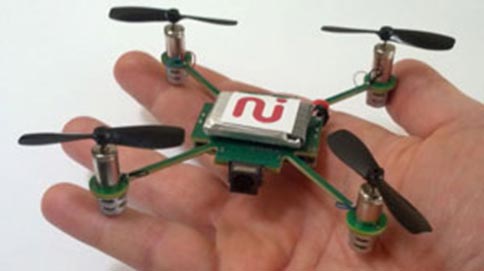 The MeCam is a tiny autonomous quadrotor UAV currently in development.

UAVs have no aircrew onboard; this makes them safer than conventional aircrafts and simpler due to the absence of many systems necessary for on-board humans such as air recycling and pressurization systems.

UAVs are also cheaper, friendlier to environment than manned aircrafts, and they consume less power too.

If we take the surveillance task as an example, we need two persons, a pilot and an observer, in a manned aircraft. The space required for accommodating them, their seats, controls and instruments would be about 1.2 m3 and a frontal area of about 1.5 m2 as well as a total mass of about 230 kg.

A quick review is listed below for the role of wars in developing UAVs:

A Patent and a Magical Invention 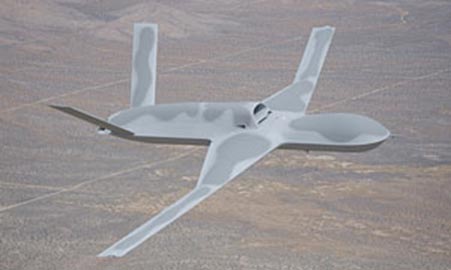 The first one who wondered about unmanned aircrafts was the Serbian scientist Nikola Tesla. [2]

In 1898 he registered the patent no. 613809 named “Method of and apparatus for controlling mechanism of moving vessels or vehicles”.

He created an unmanned boat or a ‘tele-automated’ one as he used to name it, but he faced a big obstacle in airplanes, which is ‘controlling’.

Many UAV designs were created in the past but with real controlling problems till Elmer Sperry developed his magnificent measuring unit the ‘Gyroscope’ which is a sensor to measure angular deflection. [3]

On September 12, 1917 during World War I, the Hewitt-Sperry Automatic Airplane made its first flight as a “flying bomb” to demonstrate the concept of unmanned aircrafts or as an aerial torpedo nowadays. [4]

Many Muslim countries use UAVs in their armies such as Egypt, Azerbaijan, Jordan, Malaysia, Pakistan, Nigeria, Indonesia, Saudi Arabia, Tunisia, United Arab Emirates (UAE) and Algeria, but the largest producing Muslim countries are Iran and Turkey.

In addition to the military field, the UAE is developing UAVs to be used in governmental services like delivering National ID to citizens via drones. The project is still under development yet it’s a promising step.

In 2014, the UAE announced an annual international competition and $1 million award, UAE Drones for Good, aiming to encourage useful and positive applications for UAV technology in applications such as in search and rescue, civil defence and conservation.

Last year’s award was won by Swiss company Flyability, while this year’s edition was awarded to Loon Copter’s sea-hybrid UAV of Oakland University in Michigan. 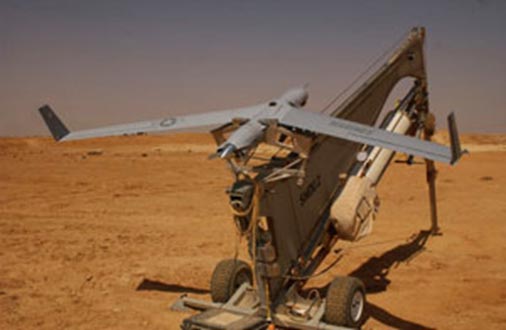 In Vietnam War, more than 5,000 of America’s best trained and most experienced airmen were killed and more than 1,000 went missing or captured.

These shocking numbers drove USA to do its best in introducing UAVs.

The 100th Air Refueling Wing (100 ARW) of the United States Air Force (USAF) made a world record of about 3,435 UAV missions during wars; while losses numbered 554 UAVs.

After years of development, the first time UAVs were used as a proof-of-concept of super-agility post-stall controlled flight in combat flight simulations was done via a tailless, stealth technology-based, three-dimensional thrust vectoring flight control and jet steering UAVs in the Zionist Entity in 1987. [5]

Stealth is one of this aircraft’s design features that appear in its Internal Weapons Bay and its S-shaped exhaust duct to reduce the aircraft’s thermal signature on radars. Its maximum speed reached 741 km/h and it can fly up to 20 hours.

Another example is the Amazon Prime Air, it is a drone-based delivery system currently in development by Amazon.com. [7] They’ll use a quadrotor to carry your goods from Amazon to your home and return back to its base!

We’ve now shed some light on the UAVs, their history as well as some examples of today’s state-of-art products.

In the second part of this article, we will spotlight on the applications of UAVs in fields like photography and anti-poaching. We’ll also see the huge market and companies of those automated planes.

Moreover, we’ll know about drones’ trends in science, communications, in addition to the UAV hobby and Open Source hardware.