Mostafa Hemdan got the idea for his firm from watching a documentary on electronic recycling.
aaa

Mostafa Hemdan is making a good living turning rubbish into gold, but success has not come without hurdles.

The 25-year-old is founder of Egyptian company Recyclobekia, one of the first businesses in the Middle East to recycle electronic waste.

He set up the firm five years ago in the garage of his parents’ house in Tanta, a city 90km (56 miles) north of capital Cairo.

At the time, Mr Hemdan was an engineering student, and together with 19 other people from his university he had entered an entrepreneurship competition called Injaz Egypt.

Mr Hemdan just had to think up his own business proposal, and inspiration came from something he saw on TV.

“I was watching a documentary about electronic recycling, and I realised there was a lot of potential in extracting metals from motherboards – gold, silver, copper, and platinum,” he says.

“It was a booming industry in Europe and the US, but no one in the Middle East was doing it.”

It was at that moment that the idea for Recyclobekia was born, and Mr Hemdan went on to win the competition.

The company’s name comes from the Egyptian Arabic words “roba bekya”, which means “old stuff”, and is commonly heard on the streets of Cairo as rag-and-bone men call out for unwanted household items.

Along the way Mr Hemdan has overcome challenges including not being able to fulfil orders, overextending himself, and the backdrop of political upheaval and social unrest in Egypt since the Egyptian 2011 Revolution. 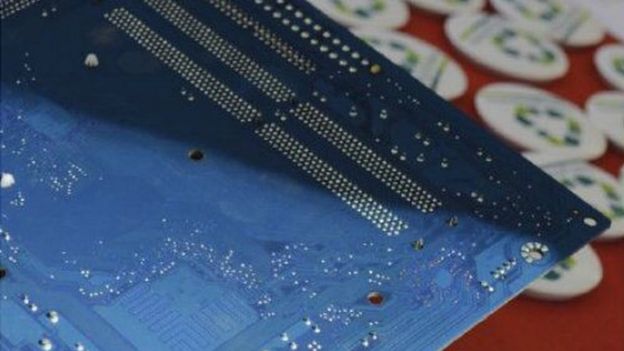 Starting the business back in 2011, around the time the Egyptian 2011 Revolution began, Mr Hemdan first touted for trade by putting an advert in a business-to-business section of global ecommerce website Alibaba.

“At that moment, I didn’t even know where I would collect such an amount, but I accepted,” says Mr Hemdan.

Seeking recyclable material, he moved to Cairo, whose 17 million inhabitants produce 15,000 tonnes of garbage per day.

Most of the city’s waste management is run through an informal system that relies on the Zabbaleen, a Christian community of rag pickers who collect rubbish door-to-door, and meticulously hand sort its components to resell plastic, paper and metal.

However, the Zabbaleen do not collect electronic waste, such as old computers or printers. So instead, Recyclobekia collects such products from companies.

To fulfil the first order from Hong Kong, Mr Hemdan realised that he need to raise $15,000, but this was before he won the Injaz Egypt competition.

Instead, to secure the money he needed Mr Hemdan managed to persuade a university professor to give him a loan, in exchange for 40% of the profit from the first sale.

Winning the entrepreneurship competition helped Recyclobekia to secure investment to expand the business, including $120,000 from two well-known Egyptian private investors, Khaled Ismail and Hussein el Sheikh, who both now sit on the company’s board.

However, the investment was initially unsettling.

“Here’s where the problems began,” says Mr Hemdan looking back. He stresses that “working with a huge capital while you don’t know how to run a company” can lead to mistakes.

Mr Ismail’s error was to quickly expand the business, and overestimate how much waste he could collect.

Despite partnering with companies to buy their waste, the amount they discarded was much lower than Recyclobekia expected, and in six months it had only managed to gather six tonnes, a lot less than expected.

In order to rectify the situation, Mr Ismail realised he need to quickly improve his knowledge of an industry that was still very much in its infancy in Egypt.

So he flew to Hong Kong to study the work of recycling firms in the Chinese region.

The trip made Mr Ismail realise that he had to change Recyclobekia’s business model.

At the time it was simply collecting the old electronic items and sending them off to its buyer in Hong Kong. The Chinese firm would then break them apart, separate the materials, and sell them on to other companies which melted down and extracted the individual metals.

Mr Hemdan realised Recyclobekia could be more profitable if it cut out the middle man, and instead did all the dismantling work itself – it could get a better price for waste that had already been broken up and sorted.

So he ended the Hong Kong deal, and instead signed up with a German extraction company. This also reduced Recyclobekia’s shipping costs. 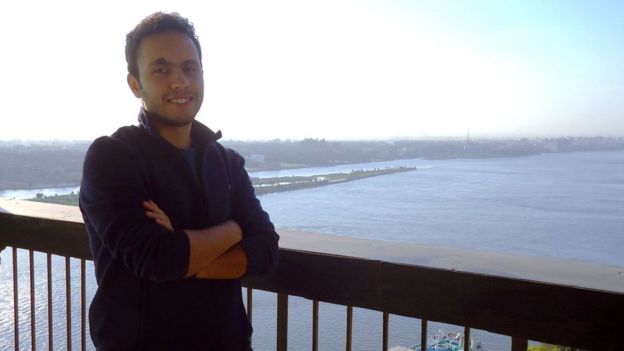 Mostafa Hemdan travelled from Cairo’s Garbage City to Hong Kong to understand the dynamics of recycling.

But as Mr Hemdan attempted to schedule his first flight to Europe, he hit another hurdle.

“Having to do the military service is the greatest barrier to building my business,” he says.

In Egypt, all males between the age of 18 and 30 are required by law to join the military for between one and three years.

While students, like Mr Hemdan, can postpone it until they finish their studies, they can’t travel abroad without special permission from the Ministry of Defence.

“Regulations only allow me to do it on the first semester of each academic year, which means I have to keep postponing trips, and limit them to those months,” says Mr Hemdan.

By June 2013, Recyclobekia had come close to a deal with a German firm for investment, but a month later this was called off after the overthrow of the former Egyptian President Mohamed Morsi.

Mr Hemdan says: “Media reports said that roads were closed by the army and militants were out in the streets… it was a disaster for us.

This political turmoil, together with the fluctuations in the gold price had brought the company to the brink of collapse, but the entrepreneur weathered the storm by seeking alternative partners across the Atlantic, where Wisconsin-based Dynamic Recycling offered better payment terms.

Mr Hemdan is now planning to expand this business across the Middle East.

The entrepreneur has also joined forces with African online retailer Jumia to allow individuals to trade their electronic waste for vouchers to buy products.

Con O’Donnell, an angel investor, and co-founder of Egypt’s leading entrepreneurial event, RiseUp Summit, says: “Mr Hemdan made the mistake a lot of younger entrepreneurs make and over-extended. However, he didn’t fail. He learned.”