Imagine driving along an unfamiliar route with an in-car GPS receiver as your only guide, and then the portable navigation device suddenly turns blank. Will you turn right, left, or keep moving ahead? Confusion is bound to set in, and in extreme cases, an accident might be inevitable.

This isn’t a scene from another Hollywood movie; rather, it is a description of what motorists will likely experience if the Global Positioning System (GPS) and other Global Navigation Satellite Systems (GNSSs) are severely disrupted by the sun’s unusual activity.

Experts have warned that the sun is gradually awakening after a prolonged period of low activity, and this should concern GPS users considering the sun’s ability to interrupt satellite systems on the earth, especially when it is very active.

In 2005, Alessandro Cerruti, a graduate assistant at Cornell University, discovered that solar flares negatively affect GPSs. While operating a GPS receiver at an observatory, a considerable degree of inaccuracy in GPS reception was observed. Further investigation revealed the source of this strange outcome: A surge in solar activity (solar flares) had largely disrupted signals from orbiting satellites, thereby making it almost impossible for the signals to reach GPS receivers on Earth.

This unusual event got researchers cracking, and they were inspired by some interesting findings. Relying on observations of stellar phenomena, scientists believe that an intense solar activity occurs approximately every 11 years, during a peak period commonly referred to as the “solar maximum.”

The hyper-radiation and elevated surface activity that characterize this period are attributed to cyclic changes in the sun’s magnetic field. Based on this calculation, 2013 was the peak year when the sun reached its solar maximum and unleashed another volley of high-energy particles toward the Earth, thereby generated considerable satellite navigation errors.

“The next solar maximum was expected in 2013, but it is a broad maximum that began in 2011 and continued through 2016,” explained professor Paul Kintner Jr., head of Cornell University’s Global Positioning System Laboratory (GPSL), to Aboutislam.net. “The threat to GPS signals and reliability depends on how the GPS is being used.” 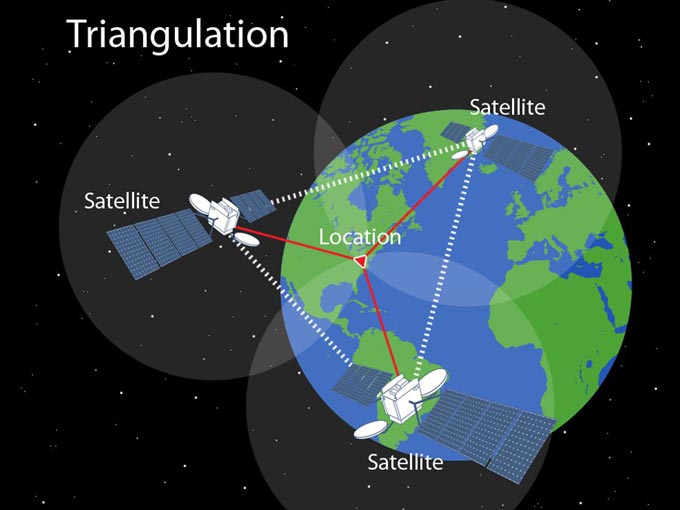 It isn’t coincidental that solar flares, which are violent solar activities that emit radiation and highly charged particles toward the Earth, negatively affect GNSS devices. These devices, including the commonly used GPS receivers, are able to determine an individual’s or object’s location on the Earth’s surface by utilizing radio signals from orbiting satellites. The stronger the received signals, the more reliable the obtained information. Most times, though, emitted signals are extremely weak and vulnerable to the sun’s activity.

“The GPS satellites are weak signal systems for the simple reason that the signal must be transmitted across the entire earth visible from the satellite. Also, the antennas on the GPS receivers are small and omni-directional, so that they are unable to gather much power from the signal,” Kintner clarified.

“These satellites transmit signals with a power of about 25 watts from their orbits about 20,200 kilometers above the Earth’s surface,” he told AboutIslam.net. “By the time they reach the Earth’s surface, they have spread out to such an extent that the received power is only about 10-16 watts. That is 1 divided by 10,000,000,000,000,000 — a very weak signal, indeed.”

Since solar flares are accompanied by radio bursts that produce very loud and disturbing noise, the weak GPS signals are easily drowned out and relegated to the background. Hence, receivers on earth can neither detect them nor pick them up.

“If strong enough, they can drown out the GPS signals so that a receiver on the sunlit side of the Earth can no longer track them. Although these events are rare, they do have the potential to seriously affect GPS,” he warned, adding that a similar event in December 2006 caused some GPS receivers to experience outages.

Apart from motorists, many members of the global community that is increasingly becoming dependent on sat-nav devices are most probably going to bear the brunt of solar flares, too.

Sat-nav devices have won applause in the past decade for the effective role they played in helping to locate distressed victims. Whether in cases of kidnapped or missing persons, GPS-enabled mobile phones can be used to trace the location of such endangered people and subsequently rescue them.

However, this isn’t going to be possible in the aftermath of a solar flare. GPS receivers will be obscured for a considerable period of time, making it impossible to locate mobile-phone distress calls.

“In 2011 and 2012 which was a solar maximum, flares were ten times as intense and lasted much longer, that caused signal drops of over 90% for several hours,” Kintner warned. That was certainly an inappropriate time for anyone to go missing.

And if navigation on foot or in a car can become troublesome in a GPS outage, one can only imagine the dangers facing the aviation and shipping industries without it.

Yet another cause for concern is the proliferation of GPS-dependent technologies over the past few years. Precision agricultural or construction projects that employ sub-centimeter positioning, as well as technologies that have become accustomed to the quiet weather of solar minimum, will all be at risk — especially those that rely on GPS or GNSS for uninterrupted operations.

The next solar maximum is likely going to have more effects than previous ones considering how heavily dependent numerous industries have now become on GPS than anytime before. 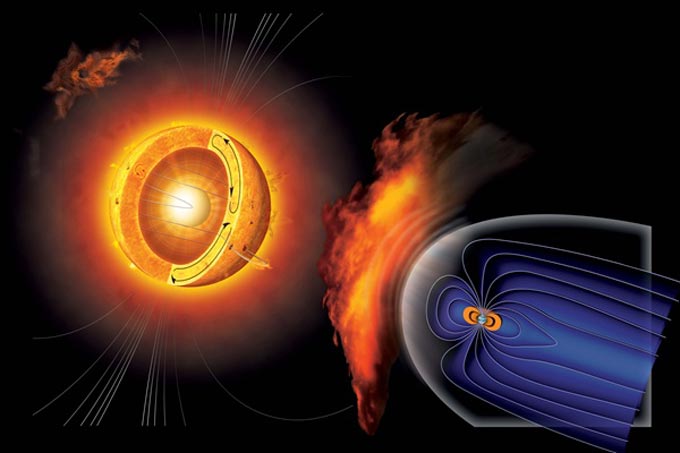 As with many natural phenomena, there is little or nothing that current technology can do to mitigate this problem, and regular GPS users are being advised to inculcate the habit of living without the device, at least for a few hours each day.

“Don’t be solely dependent on GPS for navigation, positioning, or timing. Instead be able to operate through loss of ranging signals that last from minutes to a few hours or more a day in some applications,” Kintner advises.

Aware of the virtually indispensable nature of sat-nav devices, researchers are working around the clock to devise various means of combating this threat in the not-too-distant future. New satellite signals are being introduced to enable GPS receivers to better handle the effects associated with increased solar activity. Yet, much more needs to be done to make headway.

“The sun is a variable star that we do not understand. It is important to realize that space weather is still in the exploratory phase as a science. There are many organizations within and outside the US that have initiated projects in space weather to understand the potential dangers and develop prediction capabilities.”

Not to be outdone, Europeans launched their own GPS-like system called Galileo. According to Langley, this system uses advanced signal generation methods on multiple frequencies that result in a receiver being less susceptible to the effects of solar radio bursts. Whether it is the US’s GPS, Europe’s Galileo, Russia’s GLONASS, or China’s Compass system, the primary concern of sat-nav beneficiaries appears to be the rapid development of viable systems with the ability to effectively solve problems induced by increased solar activity during subsequent solar maximums.