Over the last few decades, Professor Salim Al-Hassani, -the author of the famous book “1001 Inventions: Muslim Heritage in Our World”-, has helped reclaim Islamic scientific, artistic and technological advances which have been marginalized or simply forgotten in a world focused on Western advancements.

In a previous statement, the Muslim professor who was granted a fellowship from the British Science Association said: “the 1001 Inventions project mainly focused on the history of science and focuses upon the thousand-year period from the 7th century onwards that is currently under-appreciated by many around the world.”

In fact, the period between the 7th and 17th centuries has been labeled as the ‘Dark Ages’ in the West despite the exceptional scientific advances in the Muslim world.

In such a modern traumatic world, where everyone seems to point to a ‘clash of civilizations’ there is clearly a need for more cultural understanding and respect for the Islamic world and Al-Hassani maintains that science can play a significant role in this.

“By explaining the common scientific and cultural heritage of the world’s different societies, we were able to give people a new found respect for the different cultures of the world,” he said.

“This also helps to overcome short-sighted misconceptions about cultural superiority, and helps the world appreciate and respect the beliefs, lifestyles and history of their fellow man.”

He went on to say that he hopes “this can reduce extremist ideas, cement social cohesion and empower young people to consider careers in science and technology.”

The professor was also keen to point out that the ‘1001 inventions’ book doesn’t focus entirely on Muslim scientific achievement but rather shows that it was the contribution of many different cultures that had helped create the modern era.

“The achievements of the Muslim world were built upon the knowledge they received from other civilizations: the Ancient Egyptians, Greeks, Babylonians, Assyrians, Chinese and Indians,” the professor explained.

“And the Renaissance that took place in Western Europe was only possible thanks to the huge influence that the Muslim civilization (among others) had on European thinkers, scholars and scientists.”

As such we owe our modern day scientific achievements to many civilizations, as developments have built on the work of various scientist from different times, including many female scientists from the Muslim world.

It is believed that female mathematicians, engineers, medics and administrators played a significant role in Muslim scientific advances. Lack of research, however, has hindered the level of information we have about these women.

“There is more of this story than we currently know. Unfortunately, there are still five million manuscripts still awaiting review so that we can discover this missing history,” said Al-Hassani, explaining that only 50,000 manuscripts have been reviewed and studied so far.

Despite this missing history on Muslimah scientists, an abundance of information illustrates the role that the Muslim civilization played in the scientific, technological and cultural heritage of the modern world.

On a personal level, the professor states that he believes that one of the most important things invented by Muslims during this period is the Catgut (a cord used for stitches), without which no internal surgery could be carried out with ease and safety.

“Abul Qassim Al-Zahrawi first used catgut on pregnant women in labor to stitch their womb during caesarean operations. The catgut will dissolve in the body in three weeks and patients wouldn’t need to go through an open surgery again to remove the inner stitch.”

“It is still used a thousand years later and I thank Al-Zahrawi personally because had it not been for his pioneering of catgut, I would not have had heart surgery,” exclaimed Al-Hassani.

Dr. Al-Hassani’s works has always been interpreted as a direct reaction to the atheist Richard Dawkin’s book named ‘The God Delusion’ which also included further activities of distributing free DVDs of his work to UK schools in celebration of Darwin’s 200th anniversary.

Whilst dismissing that they were solely motivated by Dawkins, the Foundation for Science Technology and Civilisation (FSTC) in UK did admit that it “encourages debate about the relationship between science, faith and culture.”

FSTC has also stated to Aboutislam.net that the work of the evolutionary biologist Dawkins with the support of the British Humanist Association has pitted science and religion against each other.

“The 1001 Inventions project reminds us that for 1,000 years the religious and the scientific were comfortable bedfellows and led to unprecedented openness to new ideas and social change,” the FSTC informed Aboutislam.net.

Al-Hassani also remarked that, “Whilst Dawkins works teach young people about ‘the experimental scientific method’, it fails to point out that it was pioneered by a religious physicist called Ibn-Al Haytham, who saw no conflict in being both a Muslim and a scientist.”

Taking his message to a worldwide audience, Al Hassani remarks that, “Science crosses all cultural and religious boundaries and researching the roots of modern science has highlighted to me the great debt we all owe to people of many creeds and colors.” 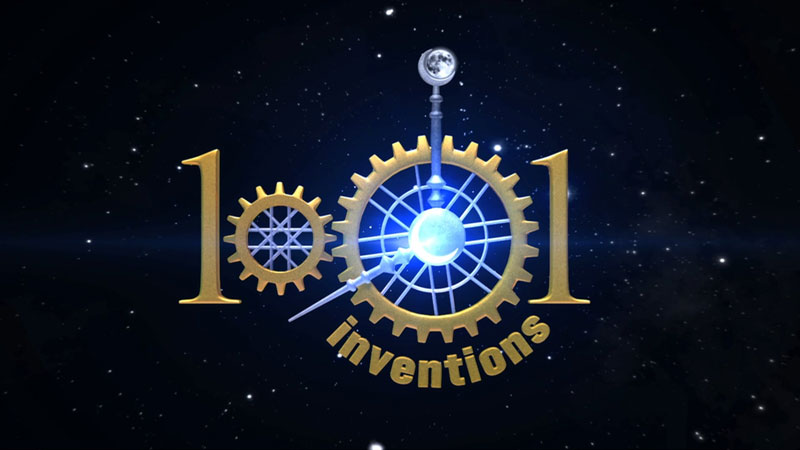