There is still a controversy as to whether color therapy works within the realm of vibration or within the world of the brain. And Muslims would be pleased to know that this debate would not even be possible without the Muslim contribution to optics and to the discovery of how colors work.

Before Muslim scientists took over the field of optics, Euclidic and Platonic thinkers believed that the eye was the source of light, and that the world would actually be dark if not for the illumination that the eye provided. It was thought that the mixture of this darkness with light produced colors.

The less popular theories of Democritus and Aristotle that the eye collects light and was not its source of light would have been totally disregarded if it had not been for their support and development by the Muslim scientists of that era who were the first to prove that the world is actually light, and that the objects in it are, in some way, the absence of that light. They also demonstrated how rainbows are created and introduced color theory.

One of the first Muslim scientists to significantly contribute to the field was Ibn al-Haytham (the Latin Alhazen) who lived in the 11th century. Some history books call him, “the greatest student of optics between Ptolemy and Witelo.”

Ibn al-Haytham’s main work on optics, the Kitab al-Manazir, was well known in the West as Thesaurus Opticus. He studied the structure of the eye and correctly described the process of vision in the text.

As well, it contains the oldest existing diagram illustrating the eye and its connection to the central nervous system. The book was copied at Basra in 1083, and altered and adopted by Al-Hazen’s Persian commentator, Kamal al-Din al-Farisi.

The translation to English of his description of the parts is still used today: retina, cornea, vitreous humor, and aqueous humor. Because of his deep understanding of how the eye worked and his ability to compare it to the camera obscura, he was able to study light itself, improving upon many earlier theories of light refraction and proposing his own theories about how colors were created.

He demonstrated that Ptolemy’s law that the angle of incidence is proportional to the angle of refraction is true for small angles only, and discarded the popular belief of the day that rays of light traveled from external objects into the eye and not the opposite way.

He also noted that light is the same irrespective of its source, and gave examples of sunlight, light from a fire or light reflected from a mirror – all of the same nature.

In volume four of this work, he gave experimental proof of “the specular reflection of accidental as well as essential light, a complete formulation of the laws of reflection, and a description of the construction and use of a copper instrument for measuring reflections from plane, spherical, cylindrical, and conical mirrors, whether convex or concave.”

Another significant idea he contributed to the field of light and color was the idea that light is a movement that admits variable speed, which is less in denser bodies. This was the beginning of color theory.

Ibn al-Haytham’s interest in optics was continued two centuries later by the astronomer, Qutb al-Din al-Shirazi, born in 1236. It was al-Shirazi who gave the first correct explanation of the formation of the rainbow.

However, little remains of his original work on optics other than the work of his famous pupil, Kamal al-Din al-Farisi who made two major contributions in the field of mathematics – one on light and the other on number theory.

The work on light was prompted by a question he was asked concerning the refraction of light, which led his teacher, Al-Shirazi, to advise him to consult the work of Ibn al-Haytham. 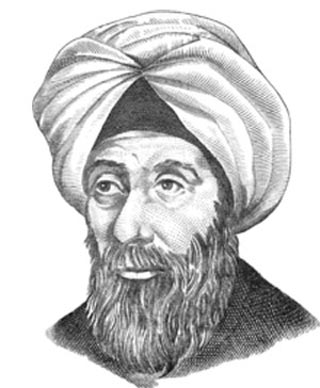 Alhazen was a polymath who mastered in mathematics, astronomy, philosophy, optics, and meteorology.

Al-Farisi then made such a comprehensive study of this treatise that al-Shirazi suggested that he write a revision of it.

However, Al-Farisi went much further – the Tanqih (meaning revision) suggested that some of ibn al-Haytham’s theories were incorrect and proposed alternative theories.

His most important “proposal” was his theory of the rainbow. While Ibn al-Haytham had initially proposed the theory and Al-Shirazi had expounded on it, al-Farisi revised and updated it to the point that it was the first mathematically satisfactory explanation of the rainbow.

Ibn al-Haytham’s initial theory was that clouds reflect light from the sun before it reaches the eye, which did not allow for experimental verification.

Al-Farisi, on the other hand, proposed a model where a ray of sunlight is refracted twice by a water droplet with one or more reflections occurring between the two refractions. This model did allow experimentation with a transparent sphere filled with water.

Based on the experimental evidence of the colors that he had observed with his transparent sphere experiment, al-Farisi proposed that the rainbow’s colors occurred because of the superimposition of different forms of an image on a dark background.

He wrote, “If the images then interpenetrate, the light is again intensified and produces a bright yellow. Next, the blended image diminishes and becomes a darker and darker red until it disappears when the sun is outside the cone of rays refracted after one reflection.”